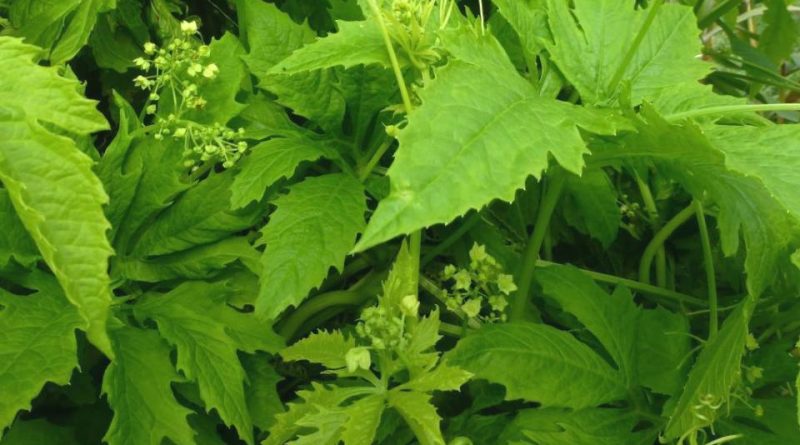 The Caigua (Cyclanthera pedata (L.) Schrad.) Is a herbaceous species belonging to the Cucurbitaceae family.

Etymology –
The term Cyclanthera comes from the Greek κύκλος cýclos circle and from the botanical Latin anthera anther: with round anthers.
The specific epithet pedata comes from pes foot: equipped with a base or stem or petiole (leaves), that is plants with an enlarged base or with treaded leaves, that is with the base of the rib of the from which three distinct ribs branch off: the median directed towards the apex while the two lateral ones fold downwards in an arch, one to the right and the other to the left, branching further and often forming a heart-shaped leaf base.

Geographic Distribution and Habitat –
The Caigua is a plant with presumable origins in the Andean area of ​​South America. It is distributed from Colombia to Bolivia and today it is cultivated in many parts of Central America, where it can be found up to 3,000 meters above sea level.
In Italy it is widespread in the north especially in the Alpine valleys where it has found an environment favorable to its growth. This is because despite being a tropical plant, it suffers from too hot and dry summers, and the climate of the valleys is suitable for it, allowing the harvest of the fruits in the months of September-October. 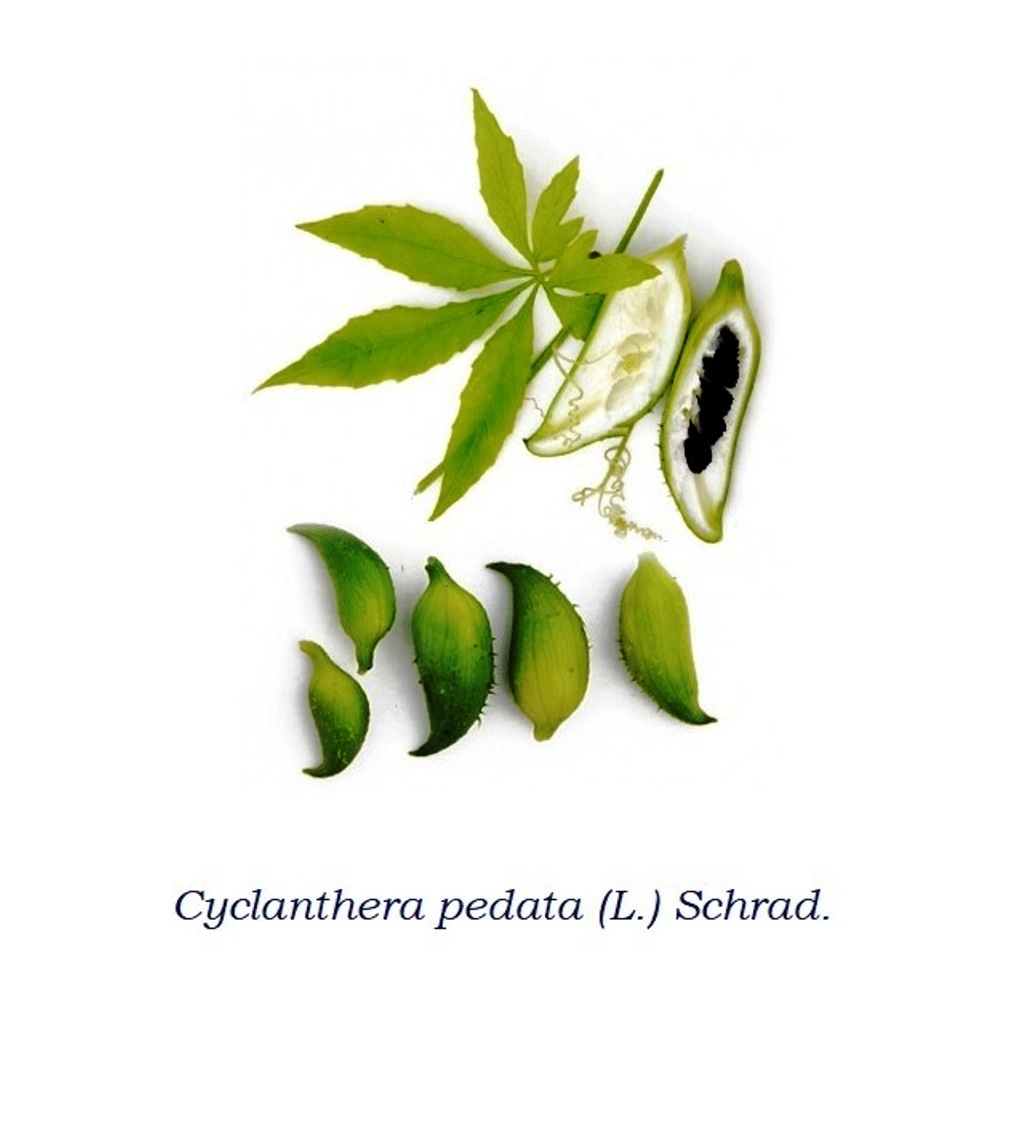 Description –
The Caigua is an annual, herbaceous and climbing plant that produces stems that can be 4.5 meters or more in length, perhaps up to 12 meters.
The stems climb the ground, tangling in the surrounding vegetation and supporting themselves by means of long tendrils.
The leaves are palmate, with the entire flap or generally divided into 7 deep lobes and with the two proximal to the long petiole in turn divided into two lobes.
The flowers are small whitish in color and clustered in sparse inflorescences.
The fruits are indehiscent (amphysarchi) berries, irregularly ovoid-oblong, 5-15 × 2,5-8 cm, smooth or with soft thorns, attenuated at the apex, green-yellowish, streaked. The mesocarp is white spongy and 8-12 black, suboblong, flattened seeds of 10-12 × 7-8 mm crested and with a toothed margin.

Cultivation –
Cyclanthera pedata is a tropical plant that can also be grown in subtropics and temperate zones that have a long, warm growing season of 4 months or more.
It is a plant that requires a very warm, sunny and sheltered location in rich, well-drained soil.
The propagation takes place by sowing carried out in mid-spring in a rich compost in a warm greenhouse. 2 or 3 seeds are put per hole and then the more vigorous plants are left.
The transplant is done after the last expected frost and gives the plants some protection until they grow well.
This plant is considered a pest in Florida.
Only the cultivated variety is known of this species, and the large size of its fruit compared to closely related wild species suggests that it is a fully domesticated crop.
The first fruit harvest can take place about 3 months after sowing, and can then continue for several months.

Customs and Traditions –
The Cyclanthera pedata is locally known by its Quechua name kaywa or with the Spanish spelling caigua, caihua, caygua, cayua, ciuenlai or achuqcha, also written as achocha, achogcha, achojcha, achokcha, archucha.
Its use dates back to many centuries ago as evidenced by ancient phytomorphic ceramics of Peru depicting the fruits. It is also known as slipper gourd, lady’s piston, sparrow gourd (Chinese: 小雀 瓜; pinyin: xiǎoquè GUA), pepino in Colombia, stuffing cucumber in English.
The traditional name ciuenlai seems to derive from a distortion of the name of the famous Chinese politician Ciù En-lai (Zhou Enlai), and is also called a million, due to the abundance of its fruits.
Young and immature fruits are eaten raw or cooked and taste similar to cucumbers although they are not crunchy.
Older fruits are cooked, they can be stuffed in much the same way as zucchini.
The leaves and tender young shoots are cooked and used as vegetables.
This species is also used as a medicinal plant.
A seed-based tea is used in the treatment of high blood pressure.
The dried and powdered seeds are taken in 1 gram doses as a remedy for intestinal parasites. This type of treatment is usually followed by a laxative to make sure the parasites are removed from the body.
The seeds and / or fruits are recommended for the treatment of gastrointestinal disorders.
The fruits are diuretics. They are boiled in milk and gargled as a treatment for tonsillitis.
Fruit juice is recommended as a treatment for conditions such as high blood cholesterol levels, high blood pressure, tonsillitis, atherosclerosis, circulatory problems, and diabetes.
The fruits and leaves are boiled in olive oil and used externally as a topical anti-inflammatory and analgesic.
The leaves are considered hypoglycemic and are prepared in a decoction for the treatment of diabetes.
Research conducted in Peru has shown that the plant can lower blood cholesterol levels in humans with one evidence showing an 18.3% reduction in 12 months and other evidence showing even greater reductions.
The roots are used to clean the teeth.
Ripe fruit contains proteins, galacturonic acid, resins, lipoproteins and various steroid compounds.

Preparation Method –
In addition to medicinal uses, the young fruits of this plant are eaten raw, while the ripe ones are cooked.
The fruit has a subtle cucumber-like flavor, and has a large cavity in which the seeds develop, and this can be filled with other foods to make fillings. This may have inspired the local Spanish name pepino de rellenar “stuffed cucumber”. Young shoots and leaves can also be eaten raw.
The plant is used in some patented medicines and is sold on the Internet.