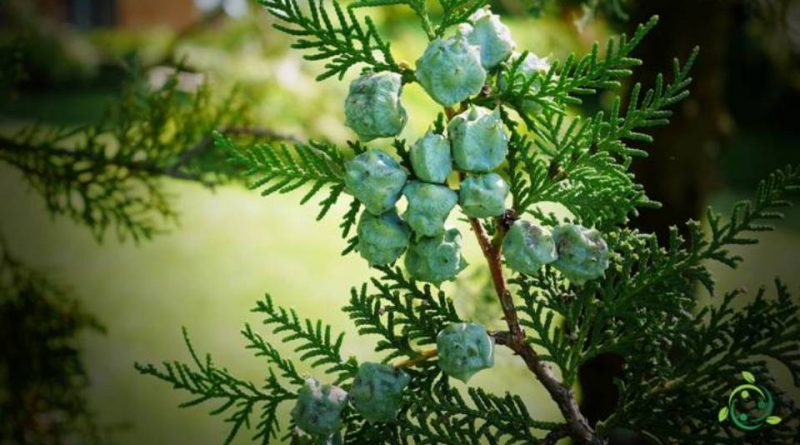 With the term galbulo or, less frequently, coccola, we mean the seminiferous strobilus of Cupressaceae and Tassodiacee.
Galbulo, whose term comes from the Latin galbŭlus ‘berry’ is generally woody (for example in cypresses), or fleshy (as in junipers).
The galbulus is the result of the union of three or more carpels, which after the fertilization of the ovules become fleshy and merge together in a round or ellipsoidal body, containing one or more seeds. It is not a fruit (which is missing in Gymnosperms as it does not have an ovary).
The galbulo is therefore a pseudo-fruit of some Cupressaceae, made up of woody scales and bracts, usually peltate and closely approached, which enclose the seeds.

The gàlbulo has a more or less rounded shape, is slightly waxed, resinous and rich in catechetical tannins responsible for the astringent and vasoconstricting properties.
Due to these characteristics, galbuli can be taken by humans for medical purposes internally (through the use of an infusion) or externally (through washes and packs with a more concentrated infusion) in the treatment of diseases of the venous system, especially varicose veins and hemorrhoids.
Furthermore, the infusion of galbuli is used effectively as a bladder tonic and for this reason used as a remedy in nocturnal enuresis.