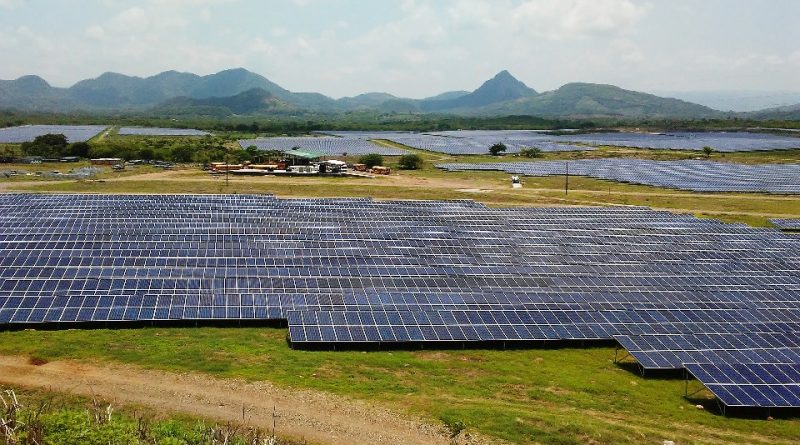 Photovoltaic yes or not

The issue of renewable energies, and therefore not only of photovoltaics, is a topic that is too often analyzed in an exclusively technical way without a more in-depth evaluation of the effects on social and ecological dynamics.
Society, as we know it today, especially in industrialized economies, is the daughter of the paradigm generated by fossil sources: oil, coal, nuclear, which have completely transformed our lives.
The transition from fossil sources to renewable sources cannot be analyzed only and exclusively in terms of feasibility and costs / benefits (typical of the reductionist and technocratic culture) but also and above all in terms of socio-ecological reorganization.
The fundamental reason for this aspect is linked to the question that fossil energies have a very localized distribution (deposits, mines, production plants, etc.) while renewable energies, by their nature, are linked to a widespread territorial distribution (houses, land, sea, water sources, wind, etc.).
For an appropriate clarification, renewable sources are listed according to their classical distinction:
– Biofuel;
– Biomass;
– Geothermal;
– Hydroelectricity;
– Solar;
– Mareomotrice;
– Wavy way;
– Wind power.
Of these sources, those related to biofuels, biomass, solar and wind power, may have a relationship with civilian homes, with agricultural land or not and with settlements directly manageable by individual citizens or their organizations.
This means that the production / distribution model, moving from fossil to renewable energies, will be much more distributed, resulting in a model of energy democracy that in my book * I defined Energy Democracy; that is, of that form of further aspect of democracy that is linked not only to our model of Rights / Duties but also to our sharing in the model of Use / Production of the energies of the future.
To the ability to produce as well as goods, linked to the old right to property and the right to do business, another form of law is added.
All this obviously involves a rearrangement of social models, and therefore of the State, but also an ecological responsibility since renewable sources are renewable only if certain thermodynamic and ecological criteria are respected; something that is too often overlooked by improvised designers or planners of renewable sources.
Thus, to go into the details of one of the sources, currently most debated, namely those of solar-photovoltaic and solar-thermal, it is necessary to clarify that these renewable sources must be subjected to some criteria that have very strong repercussions, as well as of an ecological nature. , of a sociological nature (which is almost always neglected).

In fact, in large plants, the simple EIA (Environmental Impact Assessment) and / or the VIncA (Environmental Impact Assessment) is not enough in the case of plants in areas of the European Nature Network (SIC, ZPS, etc.).
The construction of large photovoltaic systems on agricultural land, assuming that the EIA gives, with all its prescriptions, a positive opinion, involves a series of consequences:
– Change in the legal system on renewable sources and Energy Law;
– Partial crop change or, in some cases, the intended use of agricultural land;
– Direct and indirect impact on land values;
– Habitat modification, with repercussions on ecological balances;
– Subtraction of potential green cover useful for CO2 absorption;
– Changes in soil permeability and soil water dynamics;
– Social impact on local communities and their dynamics.
– And more.
Leaving aside the ecological aspects (modification of habitats, permeability of soils, etc.) it is appropriate to underline how the insertion of a photovoltaic panel, where previously there was an agricultural crop, translates the productive capacity of a farmer (remaining the its legal status) from food producer to partial or exclusive energy producer.
Let’s clarify here, if anyone ever missed it, that food is in effect part of the production of energy, even if in the form of a food source, so the criterion of introducing panels on agricultural land where food was previously produced, from energy efficiency point of view, it is all to be reviewed and recalculated. In fact, it is possible that in the balance sheet: energy produced before the introduction of the panel / energy produced after the introduction of the panel, it can be lost.
Let us not forget, in addition to what has been said, that a future lies ahead where food sources, to feed the whole of humanity, must be carefully safeguarded.
In all this, and not so much in a distant time horizon, agroecology is inserted as that source of food production which, carefully following the principles of the thermodynamics of ecological systems, tends to improve the energy efficiency (as well as obviously ecological) of the food production.
Therefore, the inclusion of photovoltaic systems on agricultural land should perhaps be planned upstream with a more up-to-date vision of what were, moreover, the latest indications, within the Green Deal, of the F2F (Farm to Fork), which sees in Agroecology the way to resolve, with a single model, all the distortions of a sociological nature and of agricultural use of the land of the last decades.
This means that the right / duty to energy is commensurate with the ecological role that each individual Farmer can play for himself and for the community in which he lives.
The trend towards the creation of mega plants, in the rural field, seems to us to be going in a dangerous direction and above all against the model of the Distributed Generation.
In fact, it seems necessary to reiterate that, in the field of electrical engineering and electricity distribution, distributed generation (GD) generally means the production of electricity in small self-production electrical units dispersed or located in several points. of the territory and connected directly to the electricity distribution network. It is therefore a decentralized production, which differs from the traditional centralized model, which provides for the generation of electricity concentrated in a few large power plants connected to the electricity transmission grid.
Therefore, if we have to create a civilization that returns to make peace with itself and with the territory that surrounds it (ecosystem), we cannot disavow the modern paradigms that underlie what has been asserted up to now with Social Ecology, Agroecology and with Distributed Generation in the field of electricity.
These considerations must obviously be subjected to a profound political vision that can no longer afford to face all the issues that connect humanity and the planet with a reductionist (trivializing) approach. If we have to move towards the Energocratic Democracy, new rules must be set, avoiding “Close the stable after the oxen have run away”.
Nature demands a new respect.