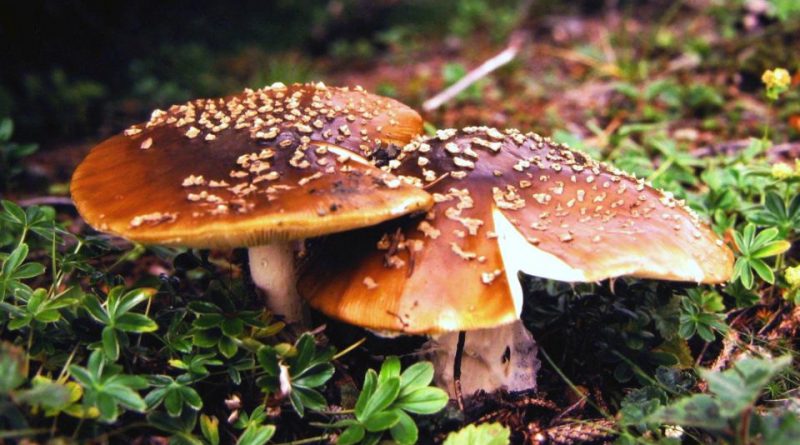 Etymology –
The term Amanita comes from the Greek ἀμᾱνῖται amanítai, a name given by the ancient Greeks to the mushrooms coming from the monteμᾱνoς Ámanos mountain of Asian Turkey.
The specific muscaria epithet is linked to the tradition of Northern Europe where pieces of the mushroom were placed in water or milk to attract flies that remained stunned.
The name of the subspecies regalis comes from the Latin and means regal, majestic (due to its size), worthy of a king.

Geographic Distribution and Habitat –
Amanita muscaria var. regalis is an uncommon mushroom that is found in the summer-autumn period in broad-leaved and coniferous woods; in particular it can be found under spruce and with birch trees. 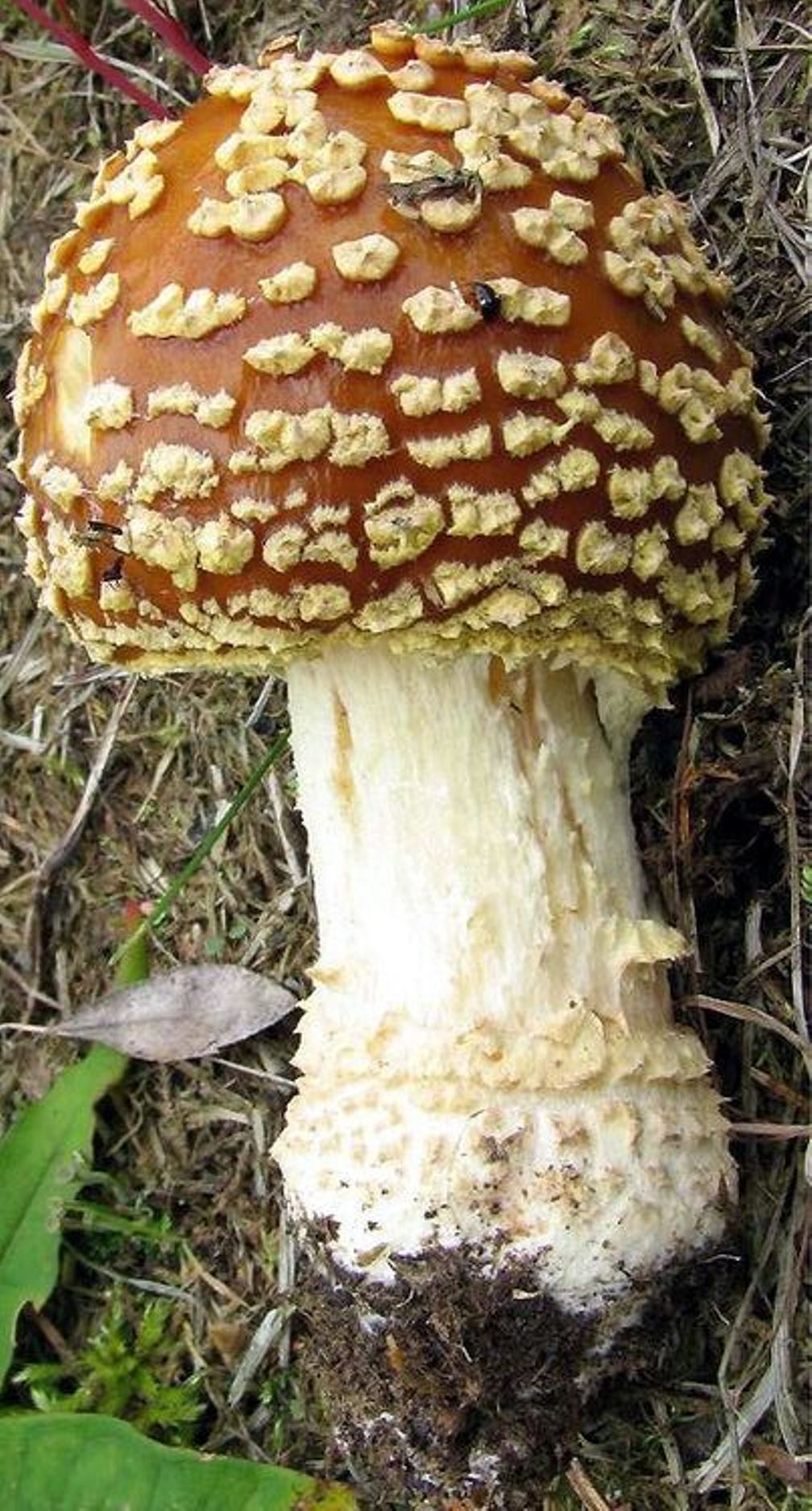 Recognition –
Amanita muscaria var. regalis has the appearance of a Amanita muscaria with a brown hat and golden yellow general veil.
The hat has a hemispherical to convex conformation, then open and flat; the cuticle is reddish-brown in color sprinkled with off-white warts, remains of the veil; striated margin.
The gills are dense and white to beige in color, interspersed with lamellulae.
The stem has a cylindrical shape, from full to hollow, striated above the wide and membranous ring, smooth below; white in color that becomes ice-white with aging.
The volva is dissociated into warts.
The meat is white and fibrous with a mushroom odor and no taste.
Under the microscope, widely ellipsoidal spores of 8-10 x 6-7μm are noted, which do not turn red or blue when stained with Melzer’s reagent; the spore print is white.

Cultivation –
This mushroom is toxic like Amanita muscaria and is therefore not an object of cultivation.

Customs and Traditions –
Amanita muscaria var. regalis is toxic, in the same way as Amanita muscaria.
Among the species with which it could be confused, the Amanita caesarea is remembered which is found further north in the European continent.
Additionally, the hats of some specimens of Amanita rubescens are glossy brown in color, but their stems and cap pulp always turn red when damaged.

Preparation Method –
This mushroom should absolutely not be collected and eaten not only for its toxicity but also for its rarity in nature.