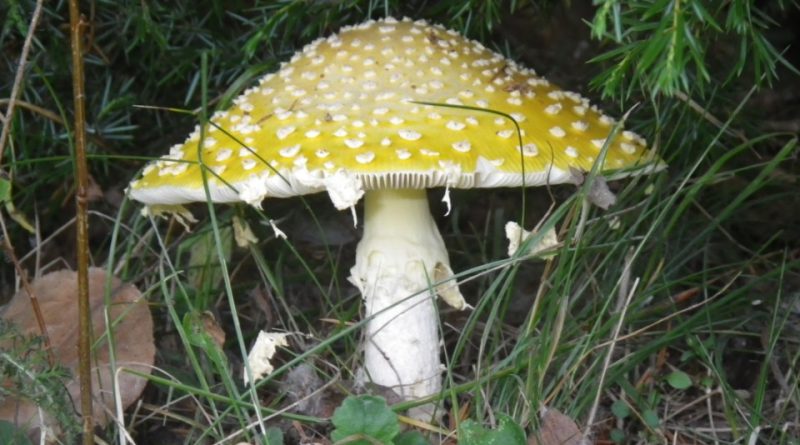 Systematics –
From the systematic point of view it belongs to the Eukaryota Domain, Fungi Kingdom, Basidiomycota Division, Basidiomycetes Class, Agaricales Order, Amanitaceae Family and therefore to the Amanita Genus, to the A. muscaria Species and to the A. m Subspecies. guessowii.
The term is synonymous:
– Amanita chrysoblema GF Atk ..

Etymology –
The term Amanita comes from the Greek ἀμᾱνῖται amanítai, a name given by the ancient Greeks to the mushrooms coming from the monteμᾱνoς Ámanos mountain of Asian Turkey.
The specific muscaria epithet is linked to the tradition of Northern Europe where pieces of the mushroom were placed in water or milk to attract flies that remained stunned.
The subspecies name guessowii was given in honor of Dr. Hans T. Güssow (1879-1961), Botanist of the Domain of Experimental Farms of Canada for 33 years.

Geographic Distribution and Habitat –
The Amanita muscaria var. guessowii is a not very common mushroom but present in various parts of the world, such as in Europe and North America.
Its growth habitat is in both deciduous and coniferous woods in the summer-autumn period. 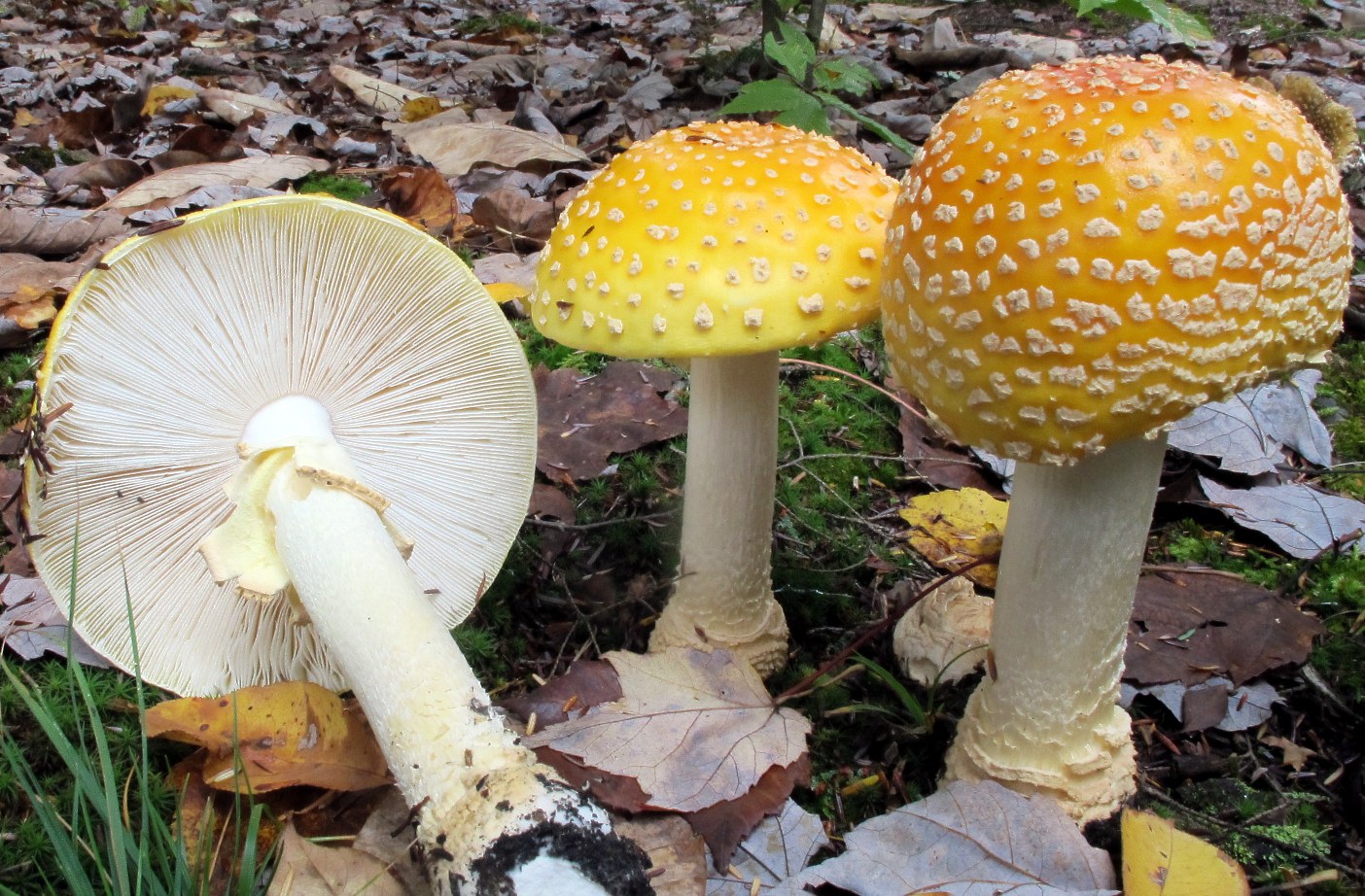 Recognition –
The Amanita muscaria var. guessowii is a variety of Amanita muscaria characterized by a yellow-orange cap which may be darker in the center.
The hat takes on a convex to flat shape with a golden yellow to orange cuticle, sprinkled with white-rust warts.
The gills are very dense, white, free and with gills.
The stem is smooth above the ring, fibrous below.
The ring is white, pendulous and smooth.
The volva is white in color, dissociated into warts, almost completely under the ground.
The meat is white in color, with a compact consistency with a refillable smell and taste.
Under the microscope, spores can be seen measuring (7.0-) 8.7 – 12.2 (-14.8) × (5.9-) 6.5 – 8.2 (-9.5) µm and are generally ellipsoid to ellipsoid (rarely subglobose or elongated) and inamyloid.

Cultivation –
The Amanita muscaria var. guessowii is a mushroom that contains the same toxins as the nominal species and therefore cannot be consumed, let alone be interested in cultivation.

Customs and Traditions –
The Amanita muscaria var. guessowii is a poisonous mushroom like Amanita muscaria.
From the phylogenetic point of view, however, it must be specified that the amanita muscaria, which is a common species in much of the world, occurs in a diversity of shapes and colors. Many of these variations have been described as distinct varieties and with a narrower geographical range than the species as a whole.
Although the guessowii variety was first described in 1933, it never gained much recognition and was considered by most to be a later synonym for A. muscaria var. formosa (Pers.) Bertill. However, Dr. Rodham Tuloss pointed out on his website that A. muscaria var. formosa has been incorrectly applied to the North American collections and that these should be called A. muscaria var. guessowii.
Furthermore, recent molecular work by Tulloss and Geml did not show a large enough difference in the DNA of A. chrysoblema (eastern white form), A. muscaria subsp. flavivolvata (western, red form) and A. muscaria var. guessowii (eastern, yellow-orange form), to consider them as distinct biological entities at the species level. In other words, they would all be synonymous; with A. chrysoblema taking precedence because it is the first valid name of the three species-level “forms” we have available for use. A. amerimuscaria Tulloss and A. muscaria var. alba Peck, are also obsolete synonyms.
This strain also apparently contains the same toxins as Amanita muscaria from Europe, northern Asia, and northwestern North America (western Alaska).

Preparation Method –
The Amanita muscaria var. guessowii, both for its toxicity and for its rarity, is a mushroom that, however, should never be collected.