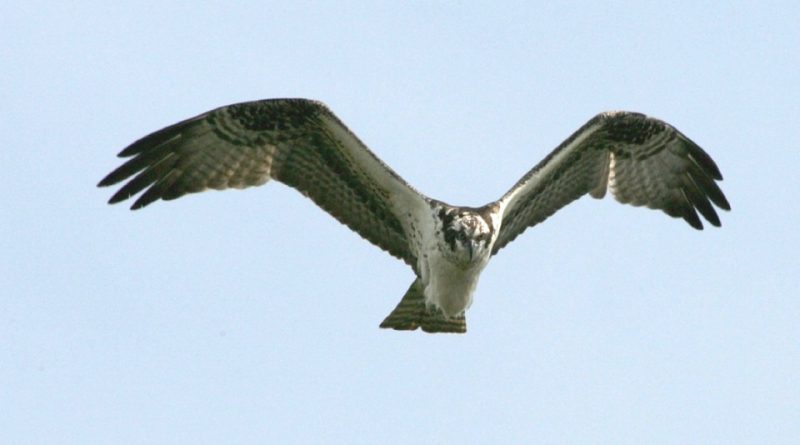 The osprey (Pandion haliaetus Linnaeus, 1758) is a bird of prey belonging to the Pandionidae family.

Systematics –
From the systematic point of view it belongs to the Eukaryota Domain, Animalia Kingdom, Phylum Chordata, Aves Class, Accipitriformes Order, Pandionidae Family and therefore to the Pandion Genus and to the P. haliaetus Species.
Within this species, 3 subspecies are recognized:
– P. haliaetus haliaetus (Linnaeus, 1758) – which is widespread in Eurasia;
– P. haliaetus carolinensis (J.F.Gmelin, 1788) – widespread in North America and characterized by a larger and darker tonnage;
– P. haliaetus ridgwayi Maynard, 1887 – present in the Caribbean.

Geographic Distribution and Habitat –
The osprey is a species with a large range that includes North America and South America, Eurasia, and Africa.
In Europe it is present in the north-eastern area, from the Scandinavian countries to Russia, and in some regions of the Mediterranean (Spanish coasts, North Africa, Sicily, Sardinia and Corsica).
The Mediterranean population has less than a hundred reproductive pairs distributed between Corsica, the Balearic Islands, Algeria and Morocco.
As regards its habitat, where present for prolonged periods, this bird of prey settles mainly in large wetlands of fresh or brackish water, characterized by high density of fish populations and often by the presence of trees, poles and other potential perches. The winterers surveyed in recent years have in fact been observed above all in coastal lagoons and ponds, and also on the large artificial lakes of the Sardinian hinterland. The extinct Italian breeding population, like the one that survives in Corsica, had semi-colonial and marine reproductive habits, nesting on cliffs and pinnacles in front of even very open sea stretches and often on small islands (eg Tavolara, Marettimo, Montecristo). 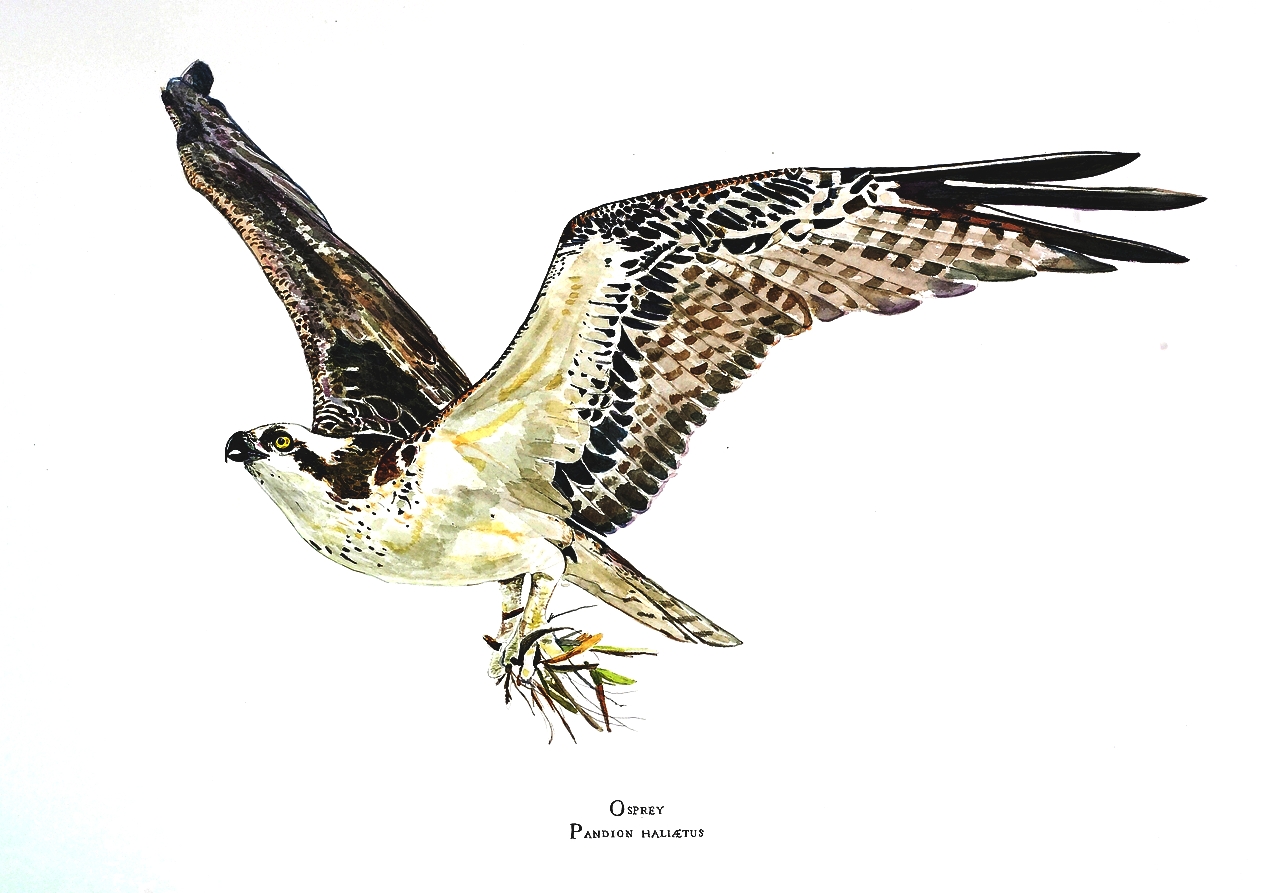 Description –
The osprey is a bird of prey with a length of 60 cm, a wingspan of 180 cm, for a weight of 1.4-2 kg.
This bird, as well as for the remarkable wingspan, can be recognized by the candid white belly and by the white head, on which stands a large black band that crosses the eye, continuing behind the neck.
The plumage is dark brown, almost black in some parts, while it is white in others.
The wings are very long and bent at the elbow, have a conspicuous black spot in the carpal region. Males and females are similar.
The beak is hooked and black in color.
The feathers of the juveniles are edged in white. The chicks are whitish with a black band on the eye.
The voice, in the parade, is a sonorous Tcip tcip tcip “.

Biology –
Pandion haliaetus is a species that nests in the period of April-June near lakes and ponds, on large trees. The nest is large and made with branches and twigs.
The brood is composed of 2-4 eggs, yellowish white, speckled with brown gray.
The incubation is done by both parents and lasts about 35 days.

Ecological Role –
The osprey is a kind of step in lake and marshy environments and its migration is in April-May and August-October.
The diet is essentially composed of fish that are caught on the surface of the water or with a dip. The prey is captured following quick swoops.
Under the nest it is easy to find food scraps.
The species is currently classified by the IUCN as a low-risk species (Least Concern).
This species, despite the current upward trend manifested in many countries, has an unfavorable conservation status in Europe (SPEC 3: rare).
In Italy, the population of Corsica, at the peak of its decline in 1977 (6 pairs), has risen to over twenty pairs in the last decade (24 in 1996), a value still far from that of 40-100 at the beginning of the century.
The establishment of new breeding pairs was favored by the placement of artificial nests and adult silhouettes; this strategy has been tested, for now without success, also in three Italian sites (Capo Figari, islands of Capraia and Montecristo).
The quotas in transit in Italy are still today probably subject to illegal slaughter, although not to the extent estimated for the 1970s (over 1,000 individuals per year); the most significant cause of mortality currently is probably the impact against power lines.