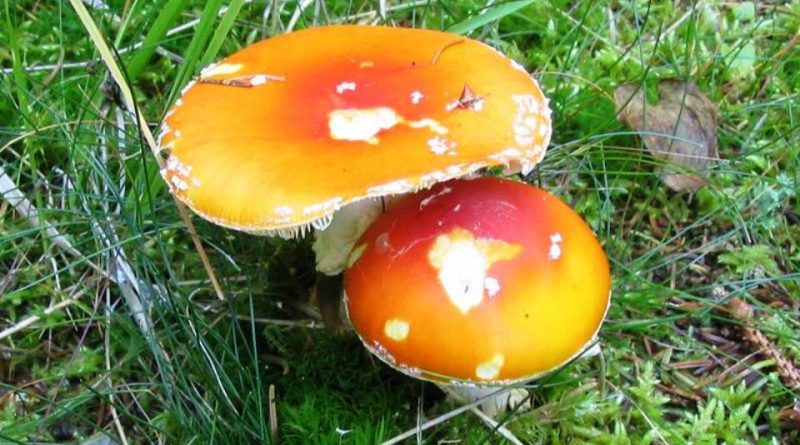 Etymology –
The term Amanita comes from the Greek ἀμᾱνῖται amanítai, a name given by the ancient Greeks to the mushrooms coming from the monteμᾱνoς Ámanos mountain of Asian Turkey.
The specific muscaria epithet derives from the custom that in Northern Europe pieces of the mushroom were put in water or milk to attract flies that remained stunned.
The name of the halo variety for the faintly golden color of the carpophore. 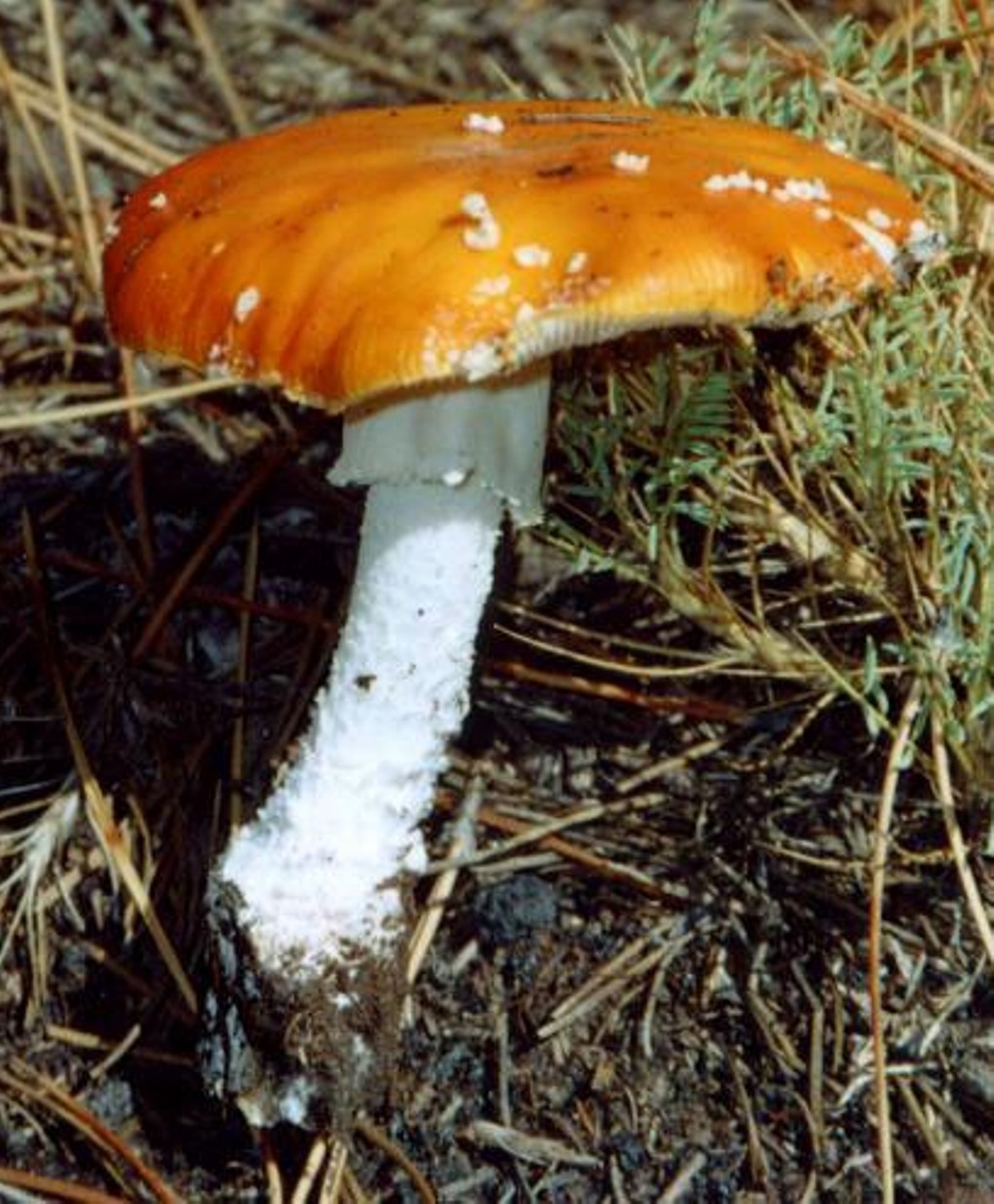 Recognition –
This mushroom is recognized by the hat of 40-80 mm in diameter, with a hemispherical shape, then convex, plane-convex, with a fleshy consistency, with a smooth, separable, bright cuticle, yellow-orange, orange, orange-red, with a regular margin, sometimes with rare fleeting white flaky warts.
The gills are free at the stem, dense, wide, interspersed with lamellulae, white, whitish, finely flaky, concolorous lamellar thread.
The stem is 80-120 mm, cylindrical in shape, slender, enlarged at the base into a full ovoid bulb, then pithy, white in color, pruinose at the apex, under the irregularly flocky ring.
The upper ring is pendulous, membranous, broad, with a flaky and jagged edge, white in color, finely striated in the upper part.
The volva is white, fragile, semi-free, dissociated into fluffy ± concentric circles, adhering to the bulb.
The flesh is firm, then quite fragile, white in color, under the yellow-orange cuticle, with a light, pleasant smell and taste.
Under the microscope, white ellipsoidal spores of 9.0-11.2 x 6.5-7.5 µm, not amyloid, can be seen.

Cultivation –
Amanita muscaria var. aureola is a fungus with no interest in cultivation due to its toxicity.

Customs and Traditions –
This mushroom is distinguished from Amanita muscaria for its orange cap without warts, the volva dissociated into almost annular fragments and not very adherent to the bulb.
Furthermore, this variant of Amanita muscaria proved to be particularly dangerous because it is often confused by the more inexperienced with Amanita caesarea due to the orange cap and free from white warts.
It is distinguished from Amanita caesarea for the stem and white gills and for the non-membranous volva, attached and not free.
It is a poisonous mushroom that causes neurotropic intoxications, such as Amanita muscaria, from which it differs for the volva with almost annular fragments and for the lack of warts on the cuticle of the cap.

Preparation Method –
Amanita muscaria var. aureola is a mushroom not to be collected not only for its poisonousness but because it is quite rare.