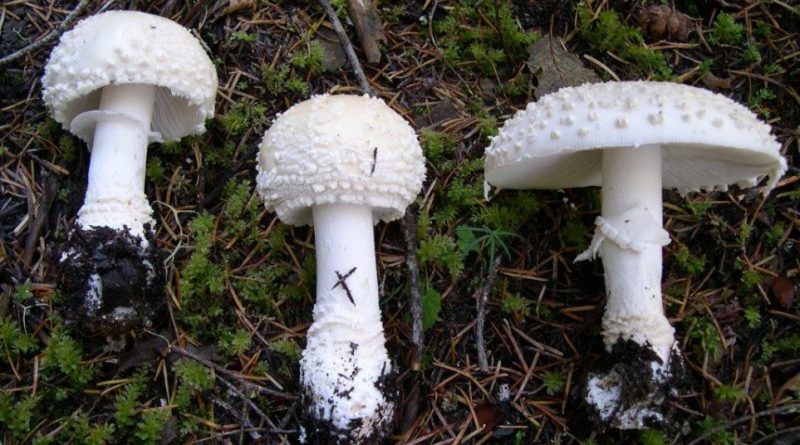 Systematics –
From the systematic point of view it belongs to the Eukaryota Domain, Fungi Kingdom, Basidiomycota Division, Basidiomycetes Class, Agaricales Order, Amanitaceae Family and therefore to the Amanita Genus, to the A. muscaria Species and to the A. m. Sunrise.

Etymology –
The term Amanita comes from the Greek ἀμᾱνῖται amanítai, a name given by the ancient Greeks to the mushrooms coming from the monteμᾱνoς Ámanos mountain of Asian Turkey.
The specific muscaria epithet derives from the Northern European custom of putting the pieces of the mushroom in water or milk to attract flies that remained stunned.
The name of the alba variety comes from bleached, from white álbus, due to its color.

Geographic Distribution and Habitat –
Amanita muscaria var. alba is a fungus found with both conifers and broad-leaved trees. These mushrooms grow alone, scattered or gregarious, in the period between summer and autumn. It is a rare mushroom but with a wide distribution and is present not only in Europe but also in the northern United States. 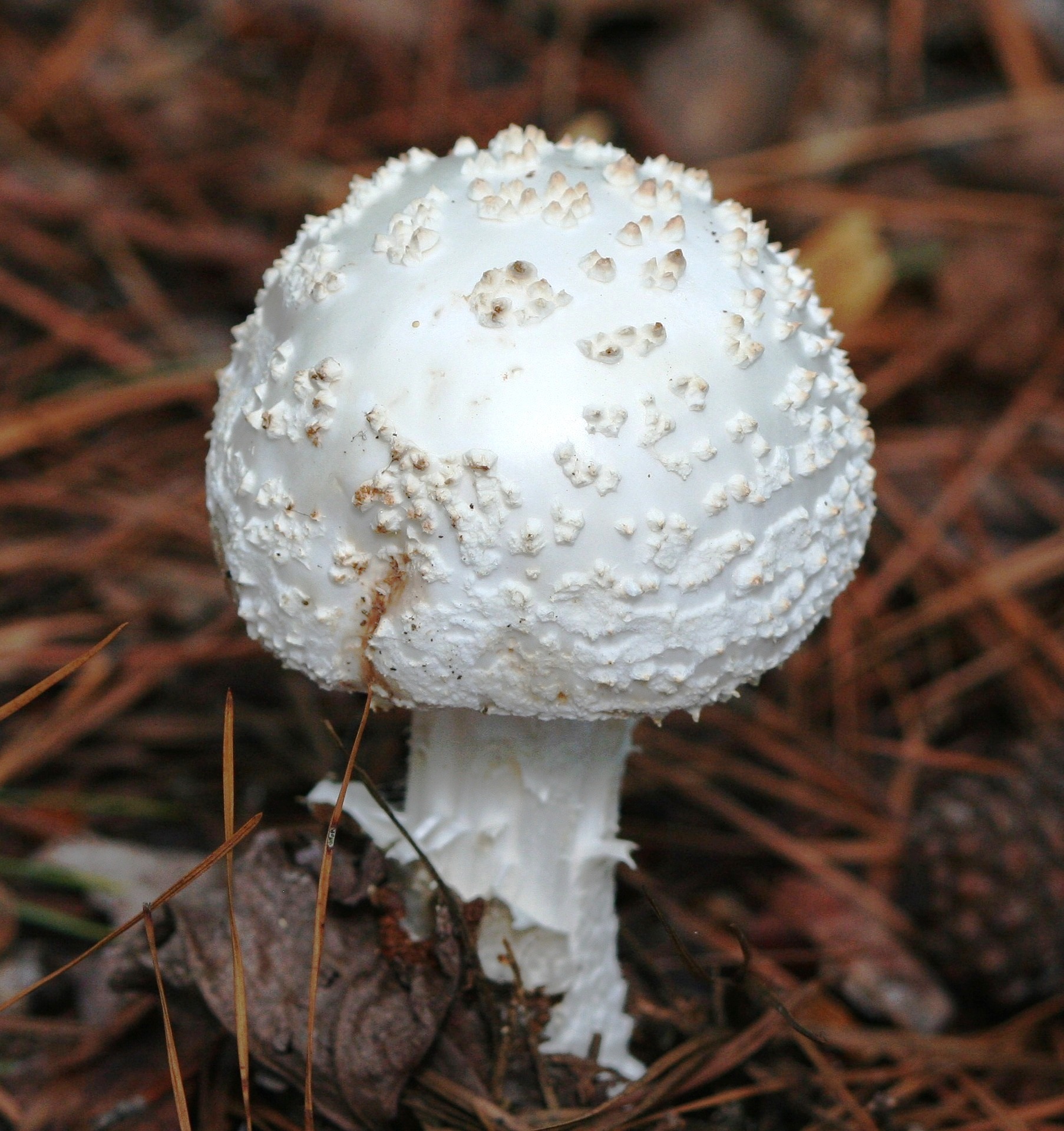 Recognition –
Amanita muscaria var. alba is recognized by the fact that it is entirely white. In fact, all the parts that make up the mushroom are cream colored.
The hat can have a convex or flat shape, with an ice-white cuticle sprinkled with white warts, with dense and free gills, while the stem is smooth from the ring upwards and fibrous below.
The ring is pendulous and smooth to the touch, the volva dissociated into warts and the flesh compact.
The cuticle is ice white sprinkled with white warts.
The gills are white, dense and free.
The ring is white, pendulous and smooth.
The volva, white in color, dissociated into warts.
The flesh is white and compact, unchanging when cut or slightly yellowish in the portion of the stem; uncharacteristic odor.
The spore print is white.
Under the microscope, 8-14 x 5-9 µ spores are noted; smooth; broadly ellipsoid.

Customs and Traditions –
The Amanita muscaria var. alba is a fungus that can be found more easily in summer or autumn in deciduous and coniferous woods. However, it is a rare species, characterized by a negligible smell and taste, but with a very poisonous flesh.
We must be very careful not to confuse it with Amanita echinocephala, an edible mushroom of little value, due to the similarity with hats and warts.

Preparation Method –
This mushroom should not be harvested, not only for its poisonousness but also because it is a rather rare species.