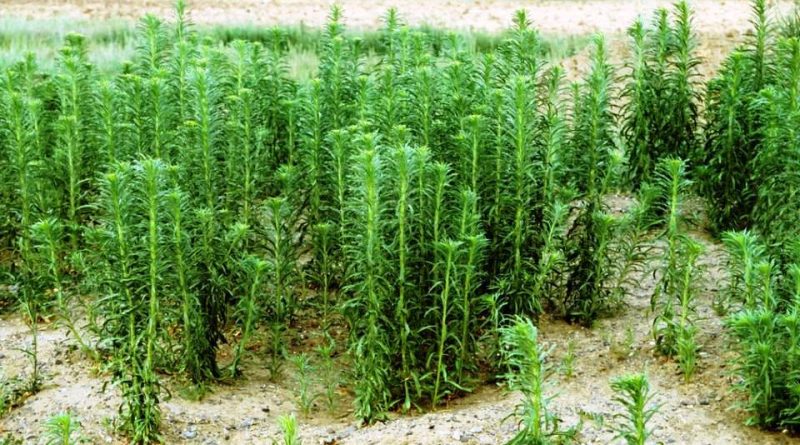 The Horseweed (Conyza canadensis (L.) Cronq., 1943) is a herbaceous, annual species belonging to the Asteraceae family.

Etymology –
The term Conyza comes from the Greek κόνυζα cónyza pulicaria, a plant cited by several authors: Hecateus, Aristotle, Theophrastus and Dioscorides.
The specific canadensis epithet refers to the origin from Canada, but also sometimes used to indicate North America.

Geographic Distribution and Habitat –
The Horseweed is an annual plant of North American origin that has now become sub cosmopolitan. The spread in Europe has been facilitated by the development of means of transport: along railways and roads the air currents caused by the means of passage increase the dispersion of seeds thanks to their “hair parachute”.
In Italy it is present as an adventitia in all regions with a regional distribution that extends over the whole territory, from the coasts to the upper mountain belt of the Alpine sector, where it is however much more sparse.
Its habitat is that of ruderal vegetation, along the road margins, at the base of stone walls, on the escarpments, in cultivated fields, in gardens and parks, on arid surface soils rich in skeleton, both calcareous and marly-arenaceous, at times also subsalsi, from sea level to the mountain belt.
The altitudinal distribution goes from the plain to about 1200 m s.l.m., therefore it includes in addition to the hilly vegetation belt also the mountain one. 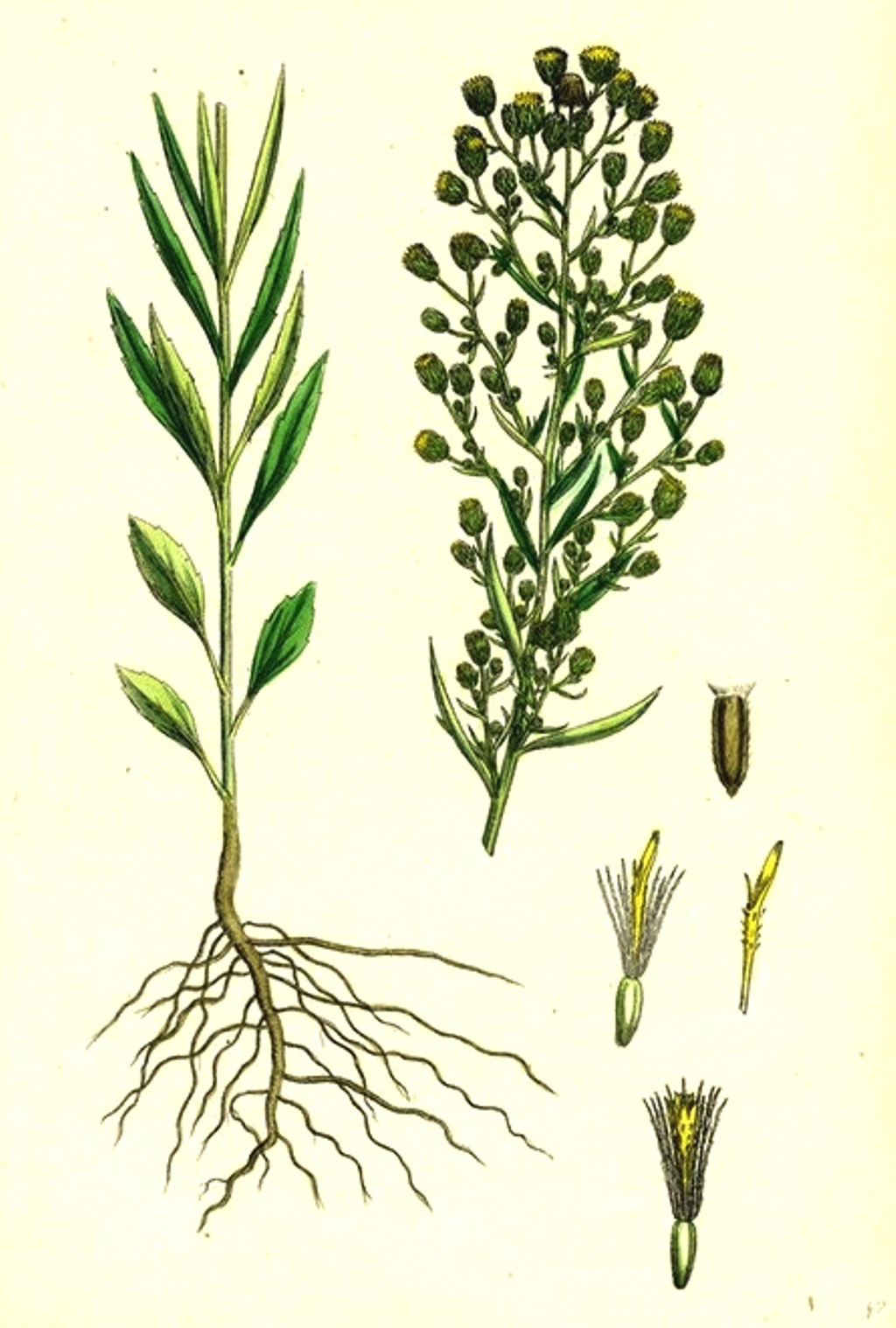 Description –
The Horseweed is a plant that reaches 4-15 dm in height.
The epigeal stem is erect, cylindrical, with patent hairs.
The basal leaves are linear-subspatolate (4-12 x 30-100 mm); the upper leaves are linear (2 x 30mm), with patent bristles.
The inflorescence is in the form of a broad, leafy panicle, with cylindrical flower heads of about 5 mm, with a casing with poorly spiraled scales.
The flowers are whitish in color, with the central ones tubular and the peripheral ones with a short but well developed ligule.
The flowering period is June-October.
The fruit is an elliptical, oblong, slightly compressed cypsela, 1-1.6 x 0.3-05 mm, brown, with persistent pappus and denticulated bristles, 2-3 mm cream.

Cultivation –
The Horseweed is a plant that grows spontaneously and naturalized in Italy that grows mainly in uncultivated fields (abandoned fields); along road slopes and road edges; on the banks of streams and sand dunes; but also more or less dry ruderal environments, scree, stony ground, shelters under rocks.
It preferably develops on calcareous or calcareous-siliceous substrate, with basic soil pH, with medium trophic level and medium dry soil.

Customs and Traditions –
It seems that this plant arrived in Europe about three centuries ago through seeds mixed with the skins of animals hunted in North America.
Conyza canadensis has medicinal properties and can be used as an astringent, diuretic, emmenagogue, hypoglycemic, homeopathic, constipation, tonic, vermifuge.
It is a plant rich in various essential oils (fresh leaves contain about 0.5%); moreover, its pollen in contact with the skin can cause dermatitis in some allergic people.
Some essential oils are used to flavor candies and as a base for soft drinks, but also in the perfume industry to create exotic shades.
The used parts of this plant are the stems and leaves.
In addition, in the kitchen, the leaves are used in salads or cooked or boiled but in limited quantities due to its bitter taste.
From an ecological point of view, this plant is considered a pest for pastures both because it spreads easily by removing soil from other more nutritious plants but above all because many animals avoid it for its bitter taste. In some cases in soybean plantations the yield has dropped by more than 10% -15% due to the infestation of Conyza canadensis.
Among other things, it is a plant completely resistant to glyphosate against which it has no effect.

Preparation Method –
Infusions obtained from the stems are used from this plant, against intestinal and urinary infections. The leaves, properly treated, are used as snuff.
The leaves can be made in salads or cooked or boiled but it is recommended to mix them in limited quantities for their bitter taste.