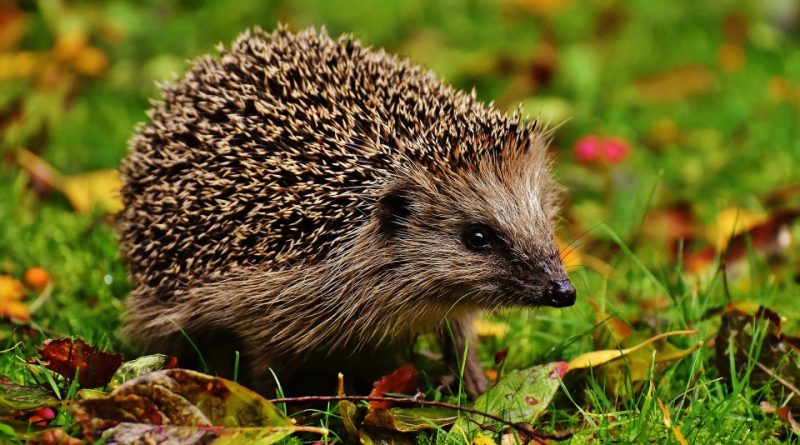 The European hedgehog (Erinaceus europaeus Linnaeus, 1758), is a mammal belonging to the Erinaceidae family.

Geographic Distribution and Habitat –
The European hedgehog, also through the various subspecies, has spread throughout most of Europe: in the north, up to the coastal areas of the Scandinavian Peninsula and in the east, up to Siberia. It has also been introduced in Great Britain and Ireland where, in some cases, it has been found to be harmful.
It was also accidentally introduced (due to lethargic specimens hiding in hay bales) to New Zealand during the 19th century.
In Italy with three subspecies (in addition to the nominal subspecies, also E. e. Consolei and E. e. Italicus) in most of the national territory, including Sicily and Sardinia (whose populations, as well as the Iberian ones, are genetically well differentiated from the continental ones), in the Triveneto the species lives in sympatria with the related Erinaceus roumanicus (until recently considered subspecies of E. concolor).
Its habitat is that of both open environments and areas rich in vegetation. It prefers the edges of deciduous or mixed woods, bushy areas and woods rich in undergrowth. It is common in suburban and rural areas, locally abundant in urban gardens and gardens. Although it prefers flat and hilly areas, the species can be observed from sea level up to over 2,000 m of altitude. 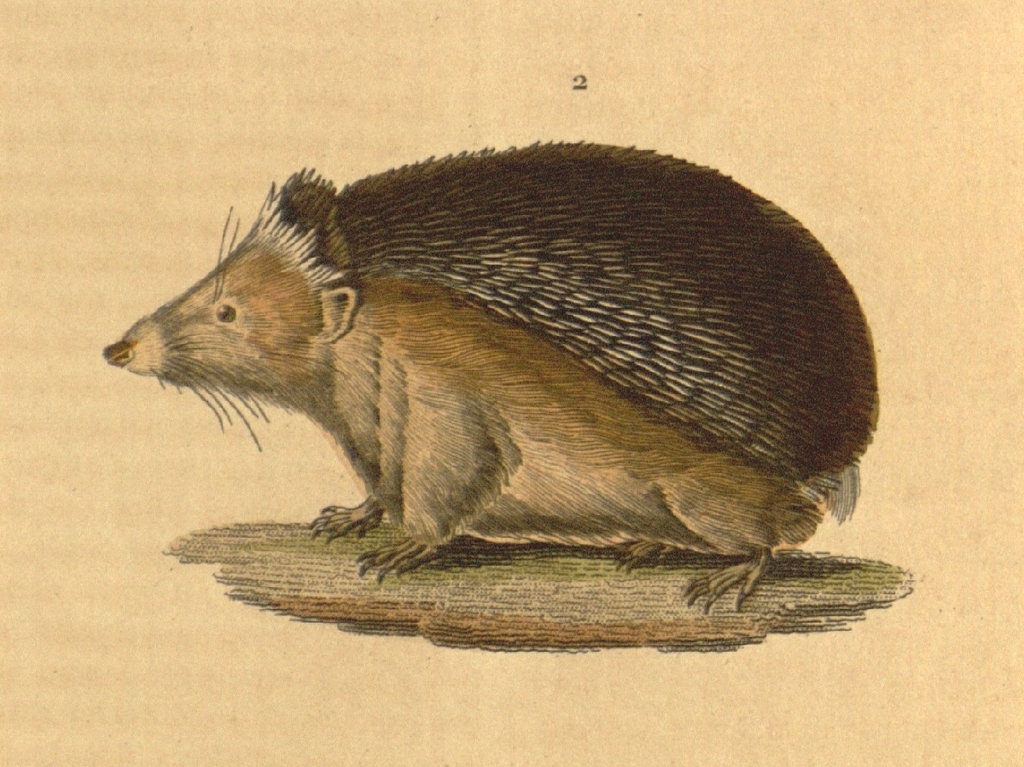 Description –
The European hedgehog is recognized in that, except for the muzzle, the legs and the lower parts, it is all covered with spines about 2 cm long, gray in color with a whitish apex. The trunk is large and stocky with the head not well distinguished from the body; the paws are strong with fingers provided with strong nails; the muzzle is pointed; the tail short and thick. The female is larger than the male.
This mammal has a head-body length of 26-35 cm, a tail length of 2-4 cm, a length of the ears of 20-35 mm, for a weight that varies between 450 and 1,200 grams.

Biology –
Erinaceus europaeus hibernates from October to April; body temperature falls from 34 ° to 4 ° C. To prepare for hibernation, the hedgehog piles up a good amount of moss and dry leaves that will act as a bed.
After mating, the gestation can last from 30 to 50 days and the number of young that are born can vary from 1 to 9. The birth takes place in the period from May to October, but if the female reproduces in advance it can give birth twice.
The young are already born with the quills, covered by a membrane to protect the mother during the birth; after 36 hours these first quills will be replaced by a new mantle developed inside and by a further third mantle which will definitively replace the first two. After a month and a half, the young completely resemble the adults.
The life expectancy of this mammal in the wild is about 5 years, while in captivity it is not uncommon for it to live twice as much.

Ecological Role –
The European hedgehog, which is often improperly called by the name of porcupine (which instead refers to the porcupine) has archaic morphological characteristics (such as the dental formula and the conformation of the brain) that unites it to the first mammals that appeared on Earth at the end of the Cretaceous period. , with respect to which it has not differed much: over the course of millions of years it has only evolved the coating of quills that characterizes it so much in the eyes of man.
It is an exclusively nocturnal animal and although it appears to be a clumsy animal and generally moves slowly, it is able to run fast and also proves to be an excellent swimmer.
During the day it rests hidden in its den, usually consisting of a cavity in the soil placed in the undergrowth, between the trunks and fallen leaves. During the night it goes out in search of food, always following the same routes: it is not afraid to cross open spaces as it is well protected by the armor of quills.
Its range of action, on a night walk, is 1–3 km; this mammal moves in hunting areas that can extend up to 30-100 hectares (from 300,000 m² to 1 km²). The females, which move more slowly, have maximum ranges of action of about ten hectares of surface (100,000 m²).
Generally, specimens that live in open environments move more than those who settle in wooded or sheltered areas. During the summer it changes lair 20-30 times.
The Erinaceus europaeus is essentially a solitary animal, with the exception of the mating period whose ritual can last several hours. To call each other, the hedgehogs emit whistles. Furthermore, it generally tends to avoid contacts with conspecifics, whose presence it senses with hearing or smell, while in perceiving the approach of a stranger it immediately goes on alert. However, in case of contact the hedgehogs do not disdain the direct confrontation, which is resolved based on the size and age of the specimens.
If a hedgehog encounters a possible danger, it normally reacts by immobilizing and straightening the quills on its back. Then, if the intruder touches it, it rolls up on itself. The aggressor thus finds himself in front of an impenetrable curtain of thorns: this tactic, however, is ineffective with foxes, which by urinating on the crumpled animal force it to come out of the armor, and then finish it by biting it on the delicate snout, and with cars , in front of which the animal rolls up, inevitably being run over and killed. In fact, between two and three million hedgehogs lose their lives in this way every year while crossing the streets, so much so that in the United Kingdom the hedgehog populations are monitored by counting the number of dead bodies found dead on some of the busiest streets. by drivers and by these animals.
The European hedgehog feeds on insects and some invertebrates (earthworms and mollusks), but also on acorns, berries, birds, reptiles and even young mice. Active mainly at dusk, but also at night, it stays in the nest during the day.
The belief that hedgehogs feed mainly on vipers proves to be founded only in exceptional cases: the animal is not afraid of poisonous bites, as the venomous teeth are shorter than the quills and rarely manage to penetrate the coating of bristly hair that protects the animal.
In case of need, the hedgehogs also eat acorns, berries, fruit and other material of vegetable origin without problems, feeding in extreme cases even on leaves.
Furthermore, cow’s milk is a poison for hedgehogs which, unable to digest lactose, causes severe diarrhea, which leads to the death of the animal.