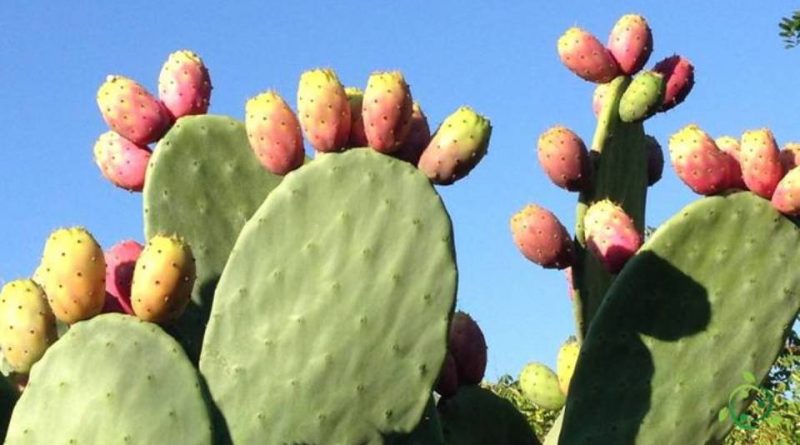 How the prickly pear spreads

The prickly pear (Opuntia ficus-indica (L.) Mill., 1768) is a succulent plant of the Cactaceae family.
This plant is native to Central America but now naturalized throughout the Mediterranean basin (especially Sicily, Calabria, Puglia, Sardinia, Campania, Lazio and Malta) and in the temperate zones of America, Africa, Asia and Oceania.
The prickly pear, from late spring to summer, the plant produces numerous cupped flowers, yellow or orange, arranged on the edges of the blades; the flowers are followed by fruits, oval, 10-15 cm long, fleshy, thorny, green, becoming purple-red when ripe. The whole plant is edible, the blades are generally cooked, while the fruits are eaten raw, after having deprived them of the thick thorny rind.
As for the propagation of the prickly pear, this can be implemented by seed or vegetatively.

Propagation by seed –
The propagation by gamic way is possible using the numerous seeds contained in the fruits. Through this propagation plants with inhomogeneous characteristics are obtained (due to fertilization) and in any case the time to get to plants that bear fruit is greater.

Propagation by cuttings –
In agamic propagation, on the other hand, individuals identical to the mother plant are obtained and, moreover, within two years the first productions begin to be produced.
In this technique, which is very simple, it is sufficient to plant an entire segment of the stem, after having allowed it to dry; these plants root very easily.
To propagate the prickly pear by cuttings, it is necessary to proceed in spring or summer by taking a cutting (shovel) of at least two years. The cut will be left to dry for at least a week (possibly dusted with a product against rot and cryptogams). At this point it is inserted in the open field or in a pot burying it for ¾, with a substrate created by putting 2 parts of sand and one of organic soil, or in a medium-textured soil tending to sandy.
The prickly pear in areas with a Mediterranean climate takes root very well; in other areas you have to make sure that the average temperature is around 13 °. Under these conditions, rooting will take about three weeks.
It should also be borne in mind that, in specialized plants, the plants, obtained by cutting starting from two-year-old cladodes with 2-3 one-year cladodes, can be planted both with dynamic spacing of 2-3 x 4-5 m, and then thin out on the row at the 5th – & ° year, or with definitive sixths of 5-7 x 4-5 m.
Three main varieties have established themselves in Italy, Yellow, White and Red or Sanguigna, whose name derives from the color of the fruit, while a variety called Apirena, characterized by a greater number of aborted seeds, is rarely present in cultivation. Generally we recommend the cultivation of all varieties in order to provide the market with a product characterized by a different chromatism.