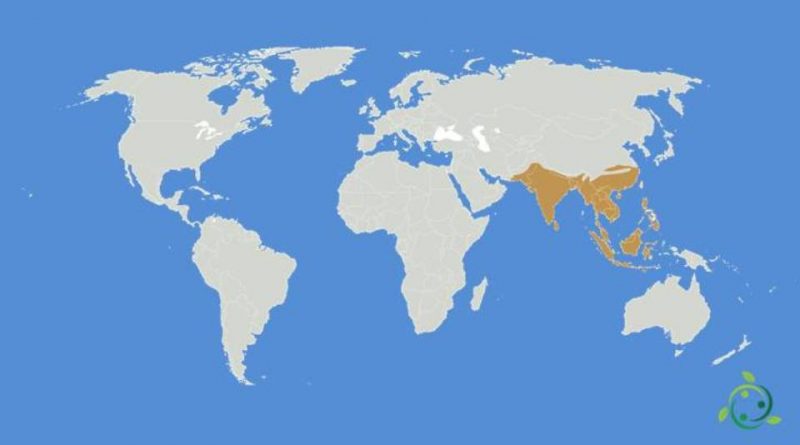 Indomalaysia or Indo-Malaysian eco-zone or eastern eco-zone that circumscribes a territory that extends over the tropical and subtropical regions of Asia with the exception of the Middle East.
This area includes part of the territory of Pakistan, the Indian subcontinent, Indochina, the southern regions of China, the island of Taiwan, the Philippines and the western part of the Indonesian archipelago up to the Wallace Line, with the islands of Sumatra, Borneo, Java and Bali.
Indomalaysia borders the Palaearctic eco-zone to the north and west and the Australasian eco-zone to the east. The borders are defined to the west by the tropical desert, to the north by the mountain ranges of the Karakoram and the Himalayas and to the east by the Wallace line.
Indo-Malaysian or Indo-Malay eco-zone, in total encompasses an area of ​​7.5 million km2.
The biomes present in this region are the tropical seasonal forest, the tropical rainforest, the tropical grassland and, in coastal areas, the mangrove.
This geographical region or eco-zone is characterized by a climate that is largely determined by the alternation between the season of the trade winds and that of the monsoons, the two winds that dominate the seasons and their alternations.

In this eco-zone, since remote historical periods, the western border was less clear, since during the glaciations and the periods of climatic optimus the landscape and climate of the Iranian coast were monsoons; this characteristic was maintained until erosion and deforestation, due to the appearance of agriculture and intensive farming, had not affected the Pakistani areas of Persia which were savannahs or steppes dotted with woods and thickets, which were residues of normal biomes of the Eastern Ecozone.
Today there are few species and entities left to testify to these ancient formations.
The western border of the Indo-Malaysian ecozone, however, although more bland, also existed in those eras and was determined by some mountain ranges and above all by the Zagros mountains which are the largest mountain range in Iraq and Iran and have a total length of 1500 km from western Iran, specifically from the Kurdistan region to the borders of Iraq, to ​​the Persian Gulf.
These formations were a physical barrier for numerous animal and plant species (for example the Mesopotamian hippos), or they divided the populations into two distinct varieties (for example the Indian and Syriac elephants).