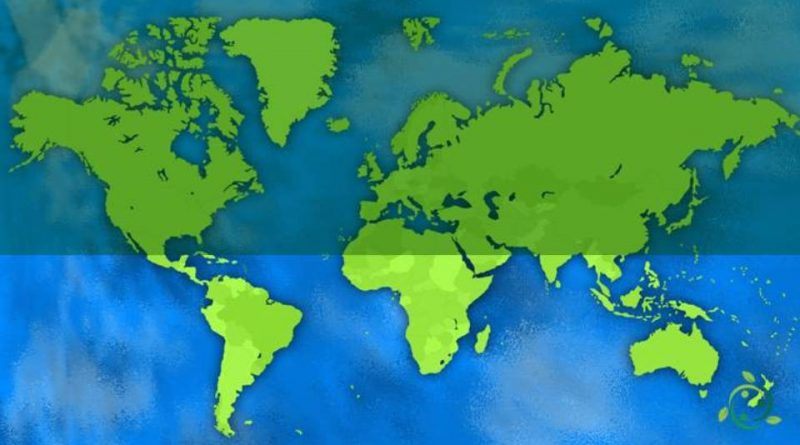 The term Olarctic, or Holarctic ecozone or Holarctic kingdom, refers to a biogeographical region that includes a large part of the northern hemisphere with the exception of tropical regions.
The Olarctic ecoregion includes the Palearctic, or Palaearctic, ecozone consisting of northern Africa, the whole of Europe and the northern part of Asia (excluding the Indian sub-continent and Southeast Asia) and the Neartic ecozone, or Neartic, consisting of North America and the north central part of Mexico.
In turn, both the Palaearctic and the Neartic are further divided into smaller ecoregions. Many of the ecosystems, including the animals and plants that depend on them, are represented in these ecozones extending beyond continental limits. The continuity of ecosystems is linked by the common glacial history of these ecozones.
The Olarctic borders to the south with the neotropical ecozone, the afrotropical ecozone and the eastern ecozone, but the southern borders are not well defined.
The limit of the olarctic can be identified with the following regions:
– in the American continent with the transition regions which are represented by Florida and Mexico;
– in the African continent and the Middle East with the transition region which is represented by the tropical deserts of Sahara and Arabia, which constitute the fundamental natural barrier that separates the African and Asian regions of the western Palearctic from the African-tropical region;

finally in the Asian continent the transition region is represented by the mountain ranges that extend from the Karakorum to the Himalayas, even if there is a natural continuity in correspondence with Pakistan and central-southern China. the ecosystems present in the olarctic region range from temperate biomes, from the tundra to the Mediterranean biome and the temperate desert.
Moreover, despite the marked biological specificity that distinguishes the American continent from the Eurasian one, there is a close relationship between the fauna and flora of the Neartic and Palearctic, due to the territorial continuity that occurred during the glaciations. The two ecozones therefore have in common a large number of taxa both at the family level and at the genus level and, sometimes, also at the species level. To this natural connection is added the artificial one due to the intense trade exchanges that have involved the New Continent with Europe for centuries.
Furthermore, there are particular connections between the biodiversity of the Neartic and Neotropic, between the western Palearctic and the Afrotropical region, between the eastern Palearctic and Indomalesia. In these cases the relationships are due to territorial continuity, but are fundamentally due to radiation fluxes that occurred in the interglacial phases, which involved the warm temperate and tropical regions.