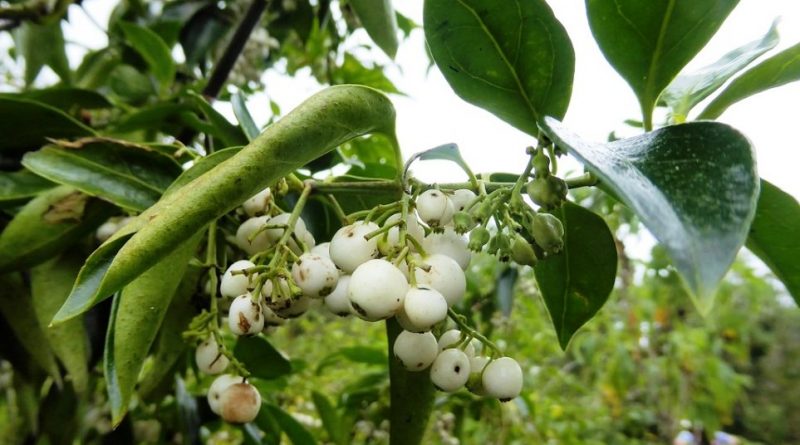 Etymology –
The term Chiococca comes from the Greek χιών (Chion), which means “snow” and κόκκος (Kokkos), which means “berry”.
The specific epithet, alba, which means “white” in Latin, refers to the color of its fruits.

Geographic Distribution and Habitat –
Chiococca alba is a plant native to an area that goes to the United States, including Florida, the extreme southern tip of Texas, Bermuda, Mexico, Central America, the Caribbean, Galápagos and tropical South America. 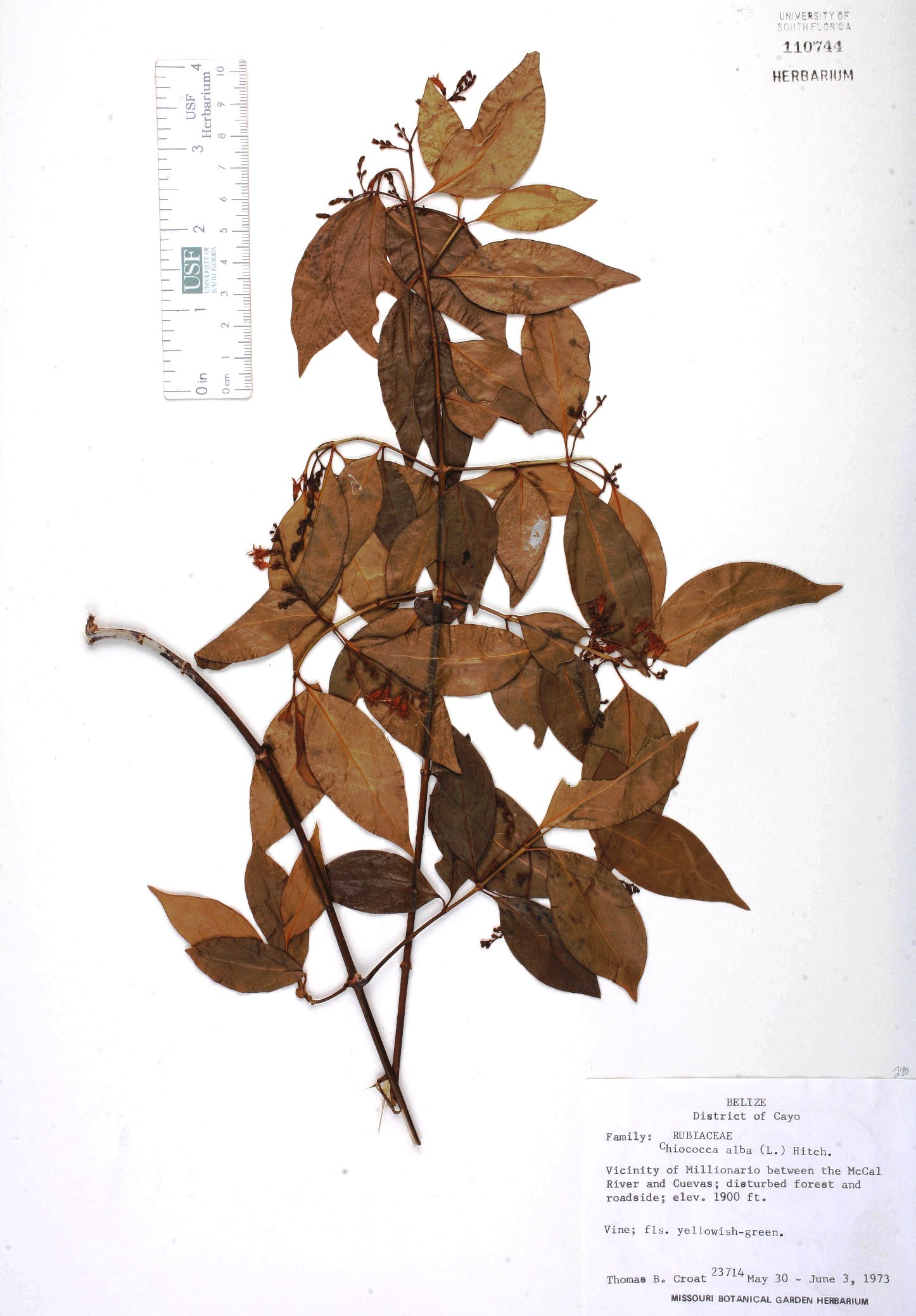 Description –
Chiococca alba is a plant that looks like an evergreen woody vine or a climbing shrub that often grows on other vegetation and can reach a height of 6 m.
The leaves are opposite, simple 5-11 cm long and elliptical to ovate or broadly lanceolate in shape.
The flowers are bell-shaped yellow and up to 1 cm long.
The antesis is throughout the year on racemes or panicles composed of six to eight elements.
The fruit is a white drupe 4-7 mm in diameter which generally contains two dark brown seeds.

Cultivation –
Chiococca alba is sometimes grown as an ornamental plant for its dark green, evergreen foliage and white drupes.
It is used to place it on supports such as backs or racks.

Customs and Traditions –
This plant was described as Lonicera alba in 1753 by Carlo Linneo.
It was later transferred to the Chiococca Genus in 1893 by AS Hitchcock.
In 1909, Stewardson Brown described a Bermuda population of the plant as a new species, which he named C. bermudiana, due to its lighter green color and larger leaves, larger berries and broader petioles and longer. For many authors, however, C. bermudiana is a synonym of C. alba.
The roots of this plant find various applications in herbal medicine: as laxatives, emetic diuretics and antidiarrheals.
For these uses, the plant has been sold commercially in Europe and the United States.

Preparation Method –
The roots of this plant are used, with various preparations, for pharmaceutical purposes.