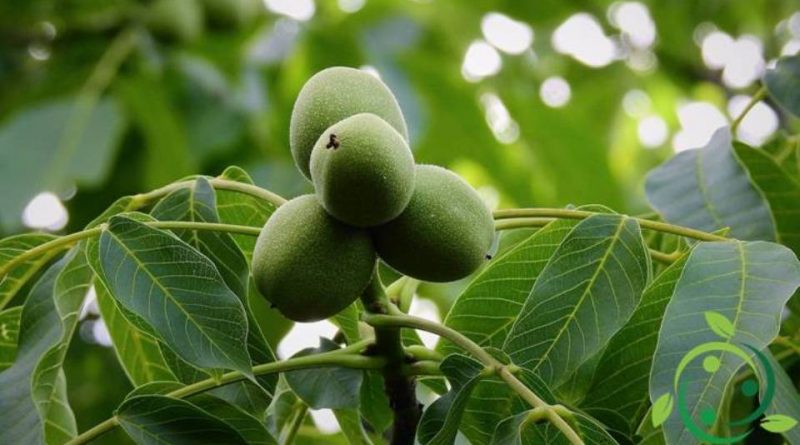 How to propagate the Walnut

The walnut or white walnut or also royal walnut (Juglans regia L., 1753) is an arboreal species of the Juglandaceae family.
The walnut can be propagated both by seed and by grafting, as well as all dry fruit species.
Propagation by seed is more suitable for giving a plant from excellent wood; propagation by grafting for plants for the production of abundant and better fruit.
If you want to obtain seedlings, through seeds, you must use walnuts stratified in the winter period and planted in February in grooves 15-30 cm deep and 70 cm apart in a nursery.
The procedure foresees that the walnuts are arranged in the furrow with the tip down, covering them with more or less soil according to the tenacity of the soil: less layer of soil with more clayey soils, greater with sandy and light soils.
It is advisable to place a small piece of crockery or tile under each nut, in order to prevent the taproot that will form from penetrating directly into the ground; in this way the branching of the collar will be easier: this precaution serves to better preserve the roots of the plant when it is transported from the nursery to the field.
As regards the treatments of the first years, after the winter period, of the third year, and at equal distance between plant and plant, a cut is made in the ground using a spade, in order to make the roots closest to the collar more branch; this in order to have more sure successful seedlings. In the fifth and sixth years the plant continues the growth and formation of the trunk; when it has reached a height of 3 to 4 meters, and a circumference of about 15 cm, they can be planted in the field. If, on the other hand, you want to sow the plants in the same place they will have as adults, you must prepare, in the autumn period, a hole of one square meter, in it you will place good soil mixed with lime, ash and organic fertilizer, and at a depth of 60 cm one or two walnuts will be planted with the point downwards, covered with their own green bark, and without subjecting anything under them; this is because, in this case, the taproot that forms is not broken during the transport and transplant phase.

After the first year, if two walnuts have been sown, the less vigorous one is raised, in case both walnuts have sprouted.
As for grafting, the walnut can graft by eye, but it is best done with the torch grafting, done at the foot of young two-year-old plants, or even on the head when the trunk has reached a circumference of 10 cm. In the latter case, the plants can also be transported the year following grafting.
The plants which are on the other hand adult can graft onto the young branches which are randomly present on the trunk or at the beginning of the branches, or by procuring the development of these branches by cutting some of them.
The wounds formed by the cut should be covered with mastic or with clay and cow dung.
It should also be remembered that two or three years after planting in the open field, the walnut hardly requires any more care, as it suffers a lot from cutting, and once formed, the tree loves to arrange itself according to its needs.
In any case, even if the walnut does not like pruning it needs, every year, to be removed from the dry parts, from damaged or broken branches, and also from those that grow too close to the ground, warning that these should not be cut at their insertion. with the trunk, but leaving a small portion.
As for the varieties of general interest, the best known are:
– Sorrento: it is the most widespread variety in Italy, with a high vigor, upright habit, with a dual purpose (fruit and wood), it produces medium-sized, oval-shaped fruits of good quality; ripening is medium-late (late September in the South);
– Franquette: of high vigor, with a dual purpose (fruit and wood), it produces large, oval-shaped fruits of excellent quality; it is advisable in the Center-North and in the South in the colder areas due to its need for cold;
– Hartley: of medium vigor, for a single destination (for fruit), it produces large, sub-oval shaped fruits of good quality, it is well suited to both the North and the South.
– Other interesting ones are: Malizia, selection of Sorrento, Feltrina, Bleggiana, Cerreto and Midland.
Among the rootstocks are mentioned: Franks of local varieties and the wild; J.Nigra is rarely used, sometimes with disaffinity phenomena after about thirty years, sensitive to the CLRV virus, which induces rupture at the graft point; finally Paradox, a first generation hybrid of J.hindsii x J.regia.
Remember that all seed rootstocks have the problem of discrepancy.