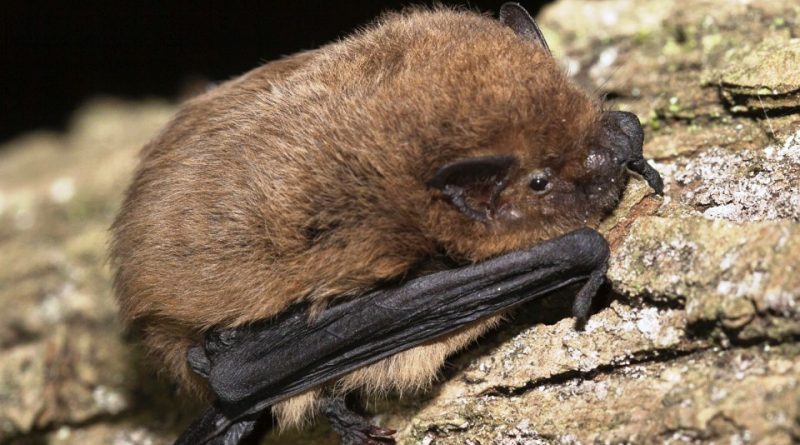 The Nathusius’ pipistrelle (Pipistrellus nathusii Keyserling & Blasius, 1839) is a bat belonging to the Vespertilionidae family. 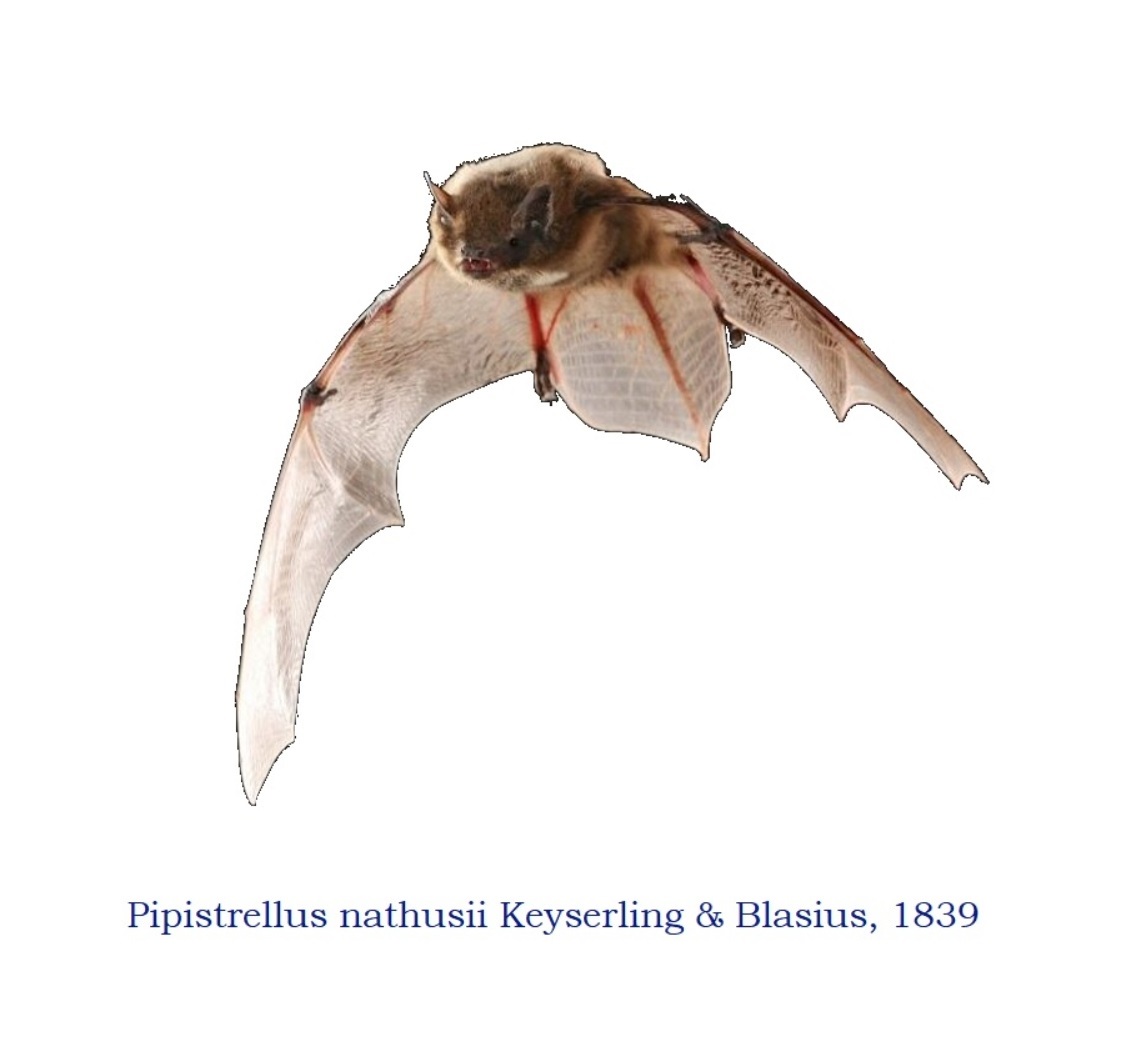 Description –
Pipistrellus nathusii is a small mammal with the following ordinary dimensions: head-body length of 40-56 mm, tail length of 32-46 mm, wingspan of 23-25 ​​cm, length of the forearm between 32 and 37 mm, length of the ears between 10 and 14 mm, weighing 6-15.5 grams.
This bat has relatively long and dense fur. The dorsal parts vary from light to dark brown with the base of the hair darker, while the ventral parts are lighter and greyish. The muzzle is broad, with two glandular masses on the sides. The eyes are small. The ears are short, broad, triangular, with a rounded tip and with four folds on the inner surface of the auricle. The tragus is broad, with the tip slightly curved forward, rounded and with a lobe at the posterior base. The alar membranes are dark, with the posterior edge slightly marked yellowish-white, particularly between the legs and the fifth toe and attached posteriorly to the base of the big toe. The tail is long and completely included in the large uropathagium, which is covered with hair at the base. The limestone is long and provided with a fairing with a small spur in the center. The penis is sturdy, bulbous, with a central groove and sprinkled with short stiff hairs.
As for its echolocation, it emits low duty cycle ultrasounds in the form of pulses of intermediate duration with an initial modulated frequency of 90 kHz and final of 37 kHz.

Biology –
In this species the females become sexually mature at one year of life.
In the period between July and mid-September the males circumscribe a territory where they form a harem formed by 3-10 females ready for mating and which is defended by the other males.
Mating takes place in late summer and autumn, while the young, generally two, are brought to light in the period from June to July. The unborn are able to fly after one month of age.
The life expectancy of Pipistrellus nathusii is around 7 years.

Ecological Role –
The Nathusius’ pipistrelle finds refuge, in the summer period, in the hollows of the trees, in the bat-boxes and in the buildings, where it forms nurseries of over a hundred females, while the males tend to be solitary.
During the winter period it hibernates in tree holes, rock crevices and sometimes inside buildings.
In order to overwinter, moreover, it carries out long migrations (up to 1,905 km) towards the southernmost part of its range.
Predatory activity begins in the late afternoon, about 50 minutes after sunset, sometimes even earlier in nursing females. The flight is fast, maneuvered, relatively smooth and carried out 4-15 meters above the ground.
This chiroptera feeds on insects, particularly chironomids, lepidoptera, trichoptera, coleoptera, hemiptera captured in flight over clearings, along the forest edges, along the streams and around the lampposts.
According to the IUCN, considering the vast range and abundance, this bat is classified, in the Red List, as a species of minimal risk (LC).