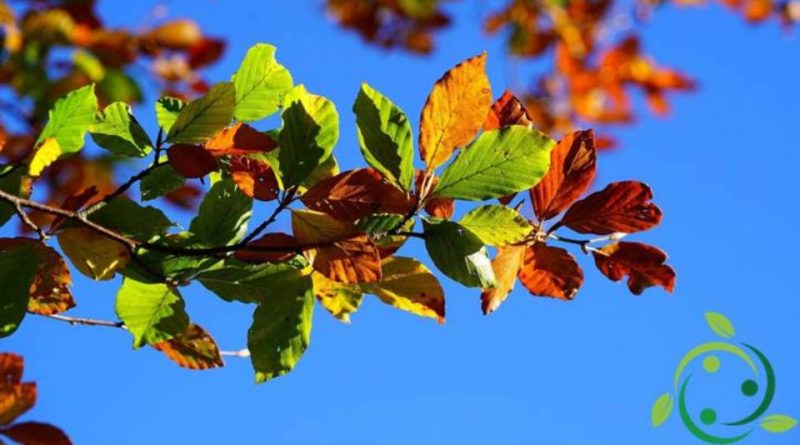 The term abscission (from the Latin abscissĭo, -ōnis, ‘cut’, ‘severing’) means the detachment of a part from any body. It is a term usually used in botany to indicate the process by which a plant loses one or more parts of its structure, such as a leaf, a fruit, a flower or a seed.
By abscission we therefore mean the phase of separation, detachment and fall of leaves, flowers, fruits or other structures or organs through the formation and rupture of a layer of cells dependent on enzymes that degrade the cell wall.
In the phase of induction to leaf fall, the greater concentration of ethylene at the base of the petiole is promoted by abscisic acid, not counteracted by the lower presence of auxin (inhibitor of fall), which causes leaf abscission. Initially, the researchers believed it was the abscisic acid hormone that stimulated the detachment of the petiole from the branch, hence the name, only later was it shown that it does not have a primary role.

In the case of leaves, most deciduous plants lose their leaves (which are therefore called deciduous) before winter, while evergreen ones do so continuously throughout the year. If a leaf is damaged, the plant may decide to lose it to preserve water and photosynthesis. The abscission layer has a gray-green color.
As mentioned, the abscission also affects the fall of the fruit, which occurs when the plant decides to lose those that are still unripe, in order to conserve the resources necessary to bring the remaining ones to ripeness.
Abscission is a phenomenon regulated by various hormones, including ethylene and auxins, and can be modified precisely by the variation in the content of substances in the vicinity of the tissue.
Furthermore, abscission can be a method used by the plant as a method to avoid the expansion of a leaf pathogen.