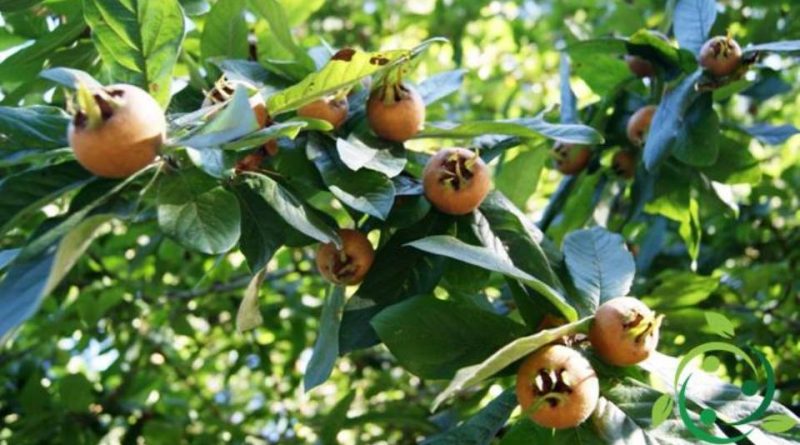 How the common medlar propagates

The common medlar (Mespilus germanica L. 1753) is a fruit tree of the Rosaceae family.
This plant, with the advent of the Japanese medlar (Eriobotrya japonica (Thunb.) Lindl., 1821), both in Europe and in other countries of the world. especially in the last two centuries, it has been gradually and commercially replaced by the Japanese medlar which, however, belongs to a different species.
Let’s say immediately that the common medlar is grown by grafting the desired variety on rootstocks.
The medlar can be grafted on different plants: pear, hawthorn, rowan, quince, azeruolo.
Among the rootstocks, the most rustic and indifferent to the type of soil is the hawthorn, while the quince fears calcareous soils. Pear and rowan will give larger plants. Cultivated medlar fruits produce larger fruit and lower tannin content than spontaneous ones.
For the reproduction of plants it is possible to proceed from seed but these grow very slowly and bear fruit in the sixth or seventh year of life. The germinability of the seed often leaves something to be desired and it is advisable to use medlar seeds that have not been left to half-size, but which have reached complete ripeness on the branch.
For this reason, reproduction by seed is used to reproduce plants which, among other things, have a high genetic variability and, in any case, is useful for increasing the biodiversity of the species and using it, if the characteristics of the plant obtained are optimal, such as slips. to graft onto rootstocks.
In summary, therefore, the use of germination is useful for producing cultivars with different characteristics while in cultivation for productive uses, a rootstock must be used, according to the desired climatic, soil and commercial needs.
Furthermore, the use of grafted plants reduces the waiting times for fruiting.

The reproduction of the common medlar instead from cuttings is very difficult, especially due to the very low quantity of rooted cuttings.
As for the cultivars, there are various cultivars of common medlar, some spread mainly in Italy, others introduced from abroad, among them there are some large-fruited, others early and others seedless (seedless).
In Italy, production is mainly concentrated in Sicily.
Among the most common varieties we remember:
– Grosso di Germania, sweet and large fruit;
– Big puciu, or giant medlar;
– Dutch medlar, with small to medium-sized fruits with light brown skin;
– Giant of castel Rainero, with large fruits with a slightly oblong shape, and dark brown color;
– Early, with small, globular fruit and early ripening.
In any case, even if there are several varieties, the most common ones in our territory often do not have a real denomination and are simply divided according to the size of the fruit, therefore there are large or giant-fruited loquats, medium-fruited loquats and loquats from small fruit. They are then classified according to the earliness of ripening.
As a final note, it is emphasized that, in addition to the production of fruits, the common medlar is also highly appreciated as an ornamental plant. Its particular flowering is very attractive in spring, but it is the leaves that have a particular charm, large with a leathery appearance and a wavy surface.