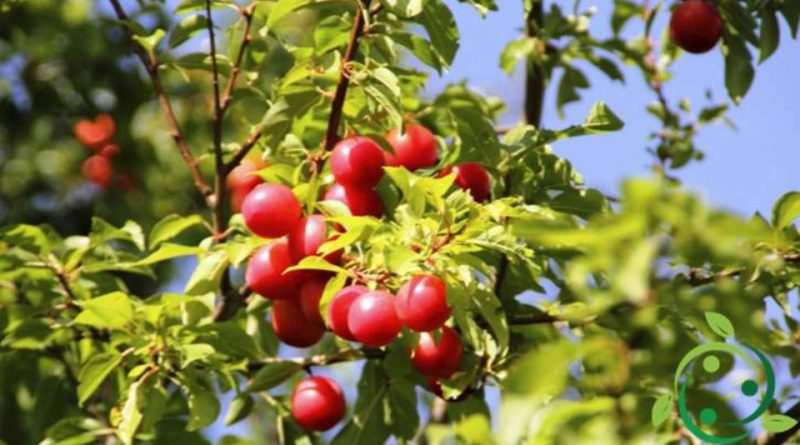 How to prepare a cutting of Cherry plum

The Cherry plum (Prunus cerasifera Ehrh., 1784) is a plant belonging to the Rosaceae family and native to the Caucasus and western Asia; it was subsequently introduced in Europe in pre-Roman times.
The myrobalan is a fruit tree, often also used as an ornamental tree.
The plant naturally multiplies by seed and by agamic way by cutting.

Multiplication by cuttings –
If you want to obtain plants with faster growth and identical to the mother plant, you must resort to propagation by cuttings.
This operation should preferably be carried out in July, using well-sharpened and disinfected shears. The operation consists in taking, with clean and oblique cuts from the semi-woody branches, cuttings 10-12 cm long, which have at least one bud and an apical leaflet.
Before burying, it is advisable to immerse the base of the cuttings in rooting powder or in preparations obtained by yourself.
Obtained these cuttings are planted in a mixture of peat and sand in equal parts.
The rooting phase is marked by the formation of the first leaflets from the shoots.
Once rooting has taken place, which manifests itself with the emission of new leaves and their growth, the cuttings must be made to strengthen and only in the following spring can they be transferred to individual pots and cultivated in them for 1-2 years before planting them. definitive.
Once this period has elapsed, the young Cherry plum seedlings can be planted in well-worked holes and in the period of late winter or autumn. The plants must be spaced from each other with spacing of 4×5 or 5×5.
If you want to obtain myrobalan hedges instead, the seedlings should be placed at a distance of 45-50 cm from each other in previously prepared holes.