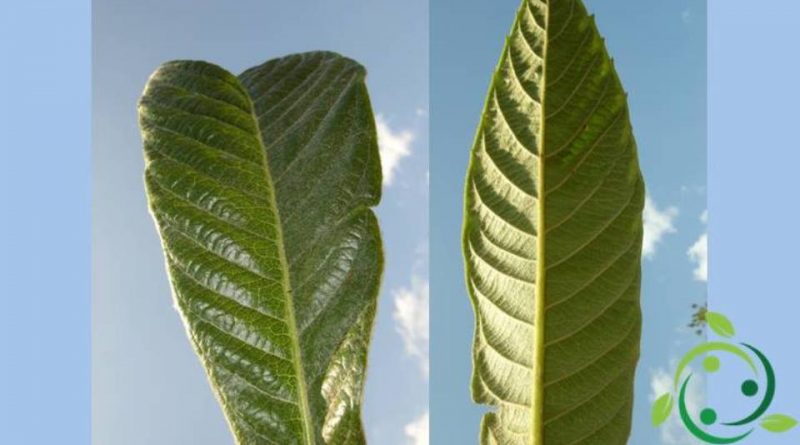 In botany, the term abaxial refers to a side or surface of an organ facing and positioned on the opposite side with respect to that facing its supporting axis.
In the sepals, petals and anthers it corresponds to the external face.
In the leaf is the lower (or dorsal) page, which in the bud was facing outwards with respect to its axis.
The term abaxial, like its opposite, that is adaxial, is however, generally speaking, referring to the leaf. The lamina of the leaf in fact generally appears to have a flattened shape, in relation to the need to expose the largest possible surface to the external environment.

Two faces can therefore be identified in the leaf: the upper page, also called adaxial, and the lower page, also called abaxial.
At the botanical level, even if the concept of superior and inferior is intuitive, the concept of abaxial or adaxial is less so.
This term refers, in fact, to the position that the leaf sketch occupied in the bud. In the first stages of development, the upper face was turned towards the axis of the gem, so it is called adaxial (i.e. close to the axis). Conversely, the lower face “looked” outwards, so it was further away from the axis of the gem. For this reason the lower face of the leaf is called abaxial, that is, far from the axis of the bud.