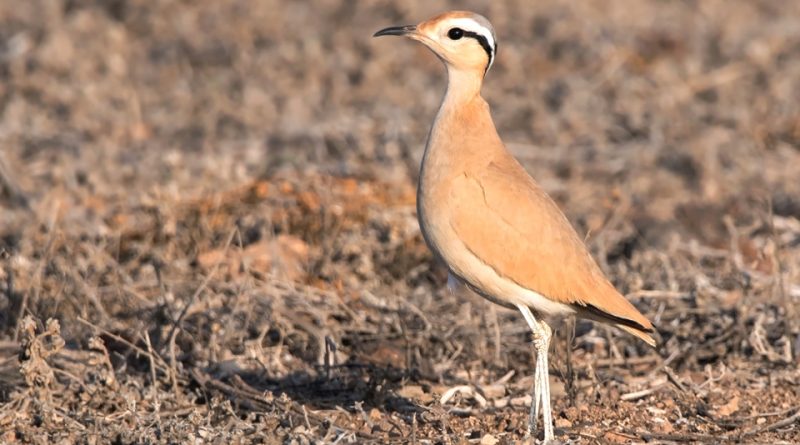 The Cream-colored courser (Cursorius cursor Latham, 1787) is a bird belonging to the Glareolidae family.

Geographic Distribution and Habitat –
The Cream-colored courser is a bird that we find in the Canary Islands, Cape Verde, North Africa, (from Morocco to Kenya) and South Africa (between Angola and South Africa) and South-West Asia.
They are partially migratory, with northern and northwestern populations wintering in India, Arabia and across the southern border of the Sahara. Some birds also breed in the southern desert regions of northwestern India and Pakistan.
They are rare north of the breeding area, but this species can be found as far as Finland, Ireland and Great Britain. 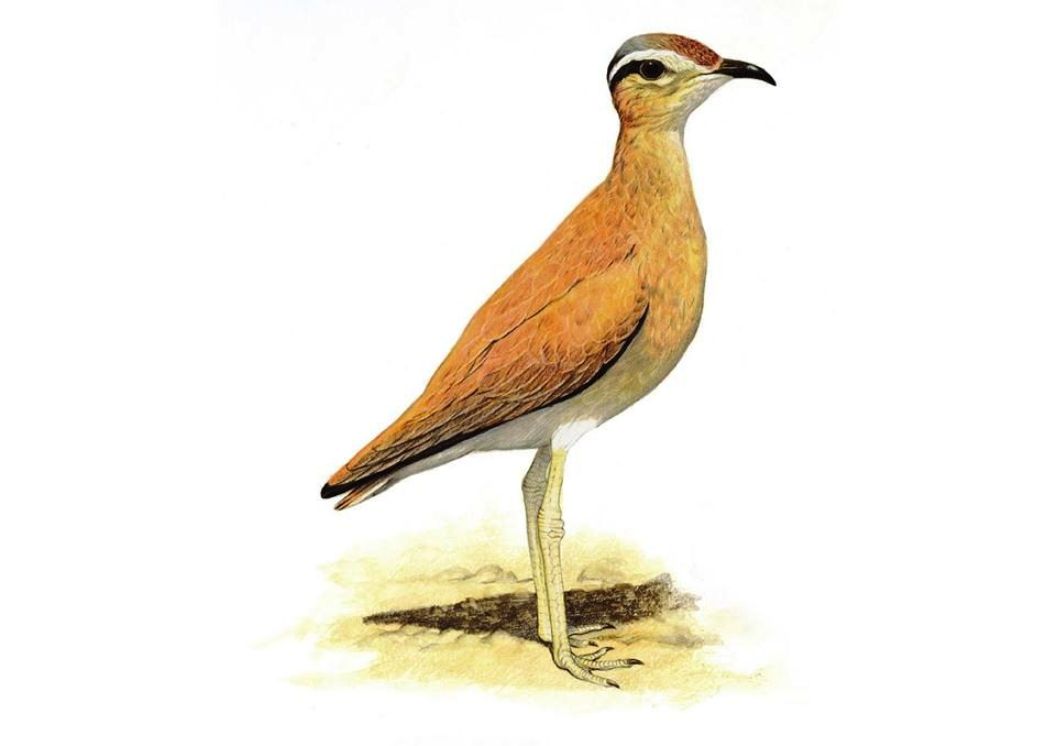 Description –
The Cream-colored courser is a bird without sexual dimorphism with a length of 24-27 cm and a wingspan of 48-56 cm.
The adults have the upper parts of cream – sand color, wings included in the upper central part, and black at the ends, while in the lower part they are completely black. The vertex posteriorly is gray-blue and anteriorly cream, tending to orange. From the eye to the nape there is a white streak and below this a black one. The chest is creamy-sand in color and fades more to light – whitish on the belly and abdomen.
The legs are light gray – flesh colored while the eye and beak are black.
The juveniles have duller and more widely spotted upper parts, including the top.
The legs are long and it has no song.

Biology –
The breeding season of the Cursorius cursor runs from February to September, but it can also reproduce in the autumn and winter when local conditions (especially rainfall) are favorable.
This bird nests on the ground where it lays eggs that have spots.

Ecological Role –
The Cursorius cursor is a bird that feeds mainly on insects.
From the ecological point of view, this species has a rather vast range and therefore does not approach the vulnerability thresholds according to the IUCN criterion.
However, the population trend seems to be decreasing, but it is not believed that it is still approaching the criticality thresholds.
For these reasons the species is evaluated as Least Concern (LC).