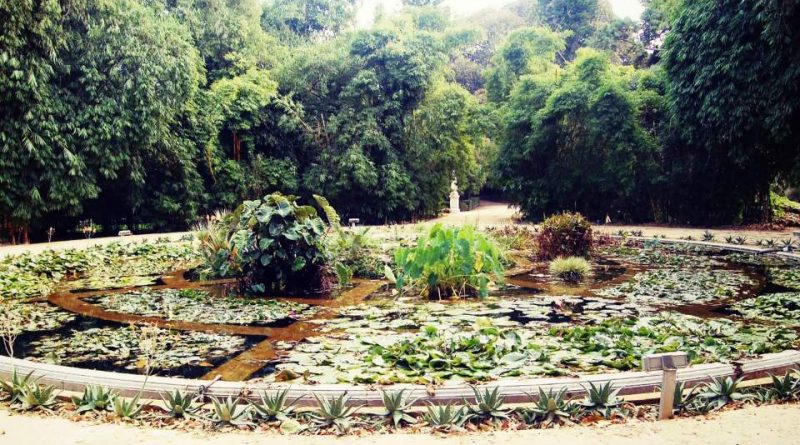 The Botanical Garden of the University of Palermo is one of the most important Italian academic institutions. A real huge open-air museum, with over two hundred years of activity that have also allowed it to study and disseminate innumerable plant species in Sicily, Europe and throughout the Mediterranean basin, many originating from tropical regions. and subtropics.

Description –
The Botanical Garden of Palermo is a museum and didactic-scientific institution of the Service Center of the Museum System of the University of Palermo, which is based there.
This botanical garden is spread over an area adjacent to Villa Giulia and is accessed from via Lincoln, on the border of the Kalsa district of Palermo.
The Garden houses over 12,000 different species of plants.
The peculiarity of this garden is today represented by the great variety of species housed, which make it a place rich in expressions of different flora.

History –
The botanical garden of Palermo begins its history in 1779, the year in which the Accademia dei Regi Studi, established the chair of Botany and Materia medica, and assigned a modest plot of land to establish a small botanical garden to be used for the cultivation of medicinal plants useful for teaching and public health.
Already in the early years the space available to this garden was insufficient for the needs and so, in 1786, it was moved to its current location, at the Piano di Sant’Erasmo, sadly famous at the time as the site of the fires of the Holy Inquisition.
It was Johann Wolfgang von Goethe (Frankfurt am Main, August 28, 1749 – Weimar, March 22, 1832), German writer, poet and playwright who in 1787, traveling to Palermo, visited the botanical garden and made an enchanted description of it, given his naturalistic interests.
Goethe describes it thus: «In the public garden near the marina I spent hours of very sweet quiet. It is the most beautiful place in the world. Despite the regularity of its design, it has something of a fairy tale; dates back to a few years ago, but transports us to ancient times. ”
This brings us to 1789 when the construction of the main body of the buildings of the Garden began, consisting of a central building, the Gymnasium, and two lateral bodies, the Tepidarium and the Calidarium, designed in neoclassical style by the French architect Léon Dufourny .
Near the Gymnasium there is the oldest portion of the Garden, called the Linnaeus System, also designed by the architect Léon Dufourny with a rectangular scheme divided into four parallelograms. On the recommendation of the Franciscan father Bernardino da Ucria, a distinguished botanist, in this portion of the garden the species were arranged according to the Linnean taxonomy, a classification system developed by Carl von Linné and exposed in the aspects concerning botany in 1753 in Species Plantarum.
Upon completion of this renovation, the inauguration of the new garden followed in 1795. Later in 1798 it was enriched by the Acquarium, a large tank in which numerous species of aquatic plants thrive.
In 1823 the Serra Maria Carolina was completed. The great Ficus magnolioide, which is the symbol of the modern Garden, was imported in 1845 from the Norfolk Islands (Australia). Following subsequent extensions, in 1892 the current extension of about 10 hectares was reached.
In 1913 a colonial garden was added to it, which was then suppressed. Since 1985 the garden has been entrusted to the Department of Botanical Sciences of the University of Palermo.
In 1993, the germplasm bank was established in the context of a project to safeguard the genetic heritage of the flora of the Mediterranean area.

Structures and Collections –
The Botanical Garden of Palermo is made up of some structures, within which there are some collections. We recall: the Linnean System, Gymnasium, Calidarium and Tepidarium, Aquarium and other tanks, Greenhouses, Bioecological and geographical sorts, Experimental and useful plants sector, Engler sector, Herbarium and the Germplasm bank:
– Linnean system; it is the oldest sector of the Garden, in which the plants were originally arranged following the classification system set out by Carl von Linné in 1753 in Species Plantarum. This area, built in 1789, has a rectangular layout and is divided into four parallelogram areas, called the Quartini (4 on the map), in turn divided into flower beds. The original plant of the area has changed over time due to the development assumed by some large specimens to the detriment of other plants which, overwhelmed, have gradually disappeared. At the center of the Linnaeus system is the Crociera, the small and charming square formed by the intersection of the central avenue with the palm tree avenue.
– Gymnasium, Calidarium and Tepidarium; in front of the entrance gate with a central neoclassical building we find the Gymnasium, which was originally the seat of the Schola Regia Botanice, the Herbarium, the Library and the director’s residence. This is accompanied by two structures with two smaller buildings arranged symmetrically. They are still called Calidarium and Tepidarium, as they originally housed plants of warm and temperate climates respectively. Finally, at the end of the central avenue, there is the Aquarium, a large circular tank divided into 24 compartments, obtained by radially dividing three concentric sectors into 8 parts, which houses numerous aquatic species. A few meters from the Aquarium is the small lake, another large pool in which the plants are arranged in an informal way. Other minor tanks are found in the quatrains of the Linnaean system.
– Greenhouses; over the years the botanical garden has been enriched with a complex of greenhouses that currently cover about 1300 m2. Of these the oldest is the Serra Maria Carolina, a gift from Queen Maria Carolina of Austria, also known as the Winter Garden. Originally it was made of wood and heated by stoves; later, in the second half of the nineteenth century, it was rebuilt in cast iron by the architect Carlo Giachery. The greenhouse sector is completed by the succulent greenhouse, the experimental greenhouse, the regional greenhouse, the greenhouse for saving succulents, annexed to the Department of Botanical Sciences and the greenhouse of ferns.
– Bioecological and geographical arrangements; in this area the botanical species are ordered according to bio-ecological and geographical criteria.
– Experimental sector and useful plants; in this sector, which is behind the Winter Garden, tropical and subtropical plants are cultivated which have been subjected to studies, concluded or in progress, such as those of cotton, citrus fruits, sugar cane, sorghum.
– Engler sector; also known as the new sector, it includes the southern part of the Garden, in which the plants are arranged according to the Engler classification. The species are divided into three sectors, respectively dedicated to gymnosperms, dicotyledonous angiosperms and monocotyledonous angiosperms.
– Herbarium; the modern Herbarium mediterraneum, housed in some buildings adjacent to the Garden (19 on the map), covers an area of ​​approximately 6000 m2. The main body of the collections is made up of the Sicilian Herbarium and the General Herbarium of the Department of Botanical Sciences, respectively estimated at around 50,000 and 200,000 specimina; about a quarter of the latter are of Mediterranean origin. The material from outside Sicily consists of collections from Portugal, Spain, France, Corsica, Sardinia, Greece, Crete, Cyprus, Algeria and Egypt. It also includes about 2,000 algae, 1,600 lichens, 4,700 bryophytes and a thousand fungi.
– Germplasm bank; the latter sector is one of the most recent, as it was created in 1993, at the time of the direction of Prof. Francesco Maria Raimondo. It is part of a project for the safeguarding of the genetic heritage of the flora of the Mediterranean area. The specific functions of the bank are the long and short term ex situ conservation of seeds of endemic, rare or threatened species. The seeds of the plants, once collected and cataloged, are suitably treated and stored in glass ampoules, available to institutions for exchanges. The seeds preserved in this way are subjected to periodic germination and vitality tests.
Ultimately, the botanical garden of Palermo hosts over 12,000 different species. This garden developed precisely in the era of great explorations, which led it, between the second half of the nineteenth century and the first decades of the twentieth century, to be a reference point for the great botanical gardens of Northern Europe which, due to the favorable climate, they moved here many still unknown or not well classified species of tropical exotic flora. Extremely important from this point of view was the connection with the Berlin Botanical Garden, under the direction of Adolf Engler, and that with the regions of origin of many exotic Asian, African, Australian and South American species.
To give some examples, the botanical garden of Palermo introduces the mandarin (Citrus deliciosa) and the Japanese medlar (Eriobotrya japonica) in the Mediterranean area.
The primitive Linneian plant included 1580 different species, 658 of which still exist today.