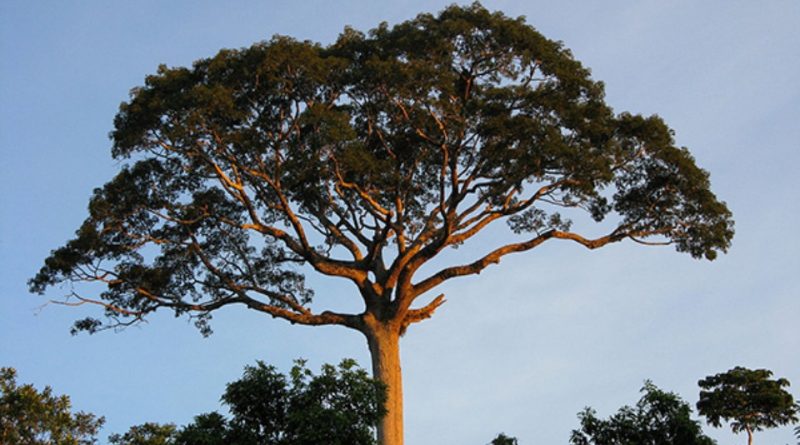 The Kapok (Ceiba pentandra (L.) Gaertn., 1791) is an arboreal species belonging to the Bombacaceae family.

Etymology –
The term Ceiba is the Latinized form of the vernacular name (pronounced sayba) of this plant used by the Taino natives of the Caribbean and South America.
The specific pentandra epithet comes from the Greek πέντε pénte cinque and from ἀνήρ, ἀνδρός aner, andrόs male, male element: with five stamens.

Geographic Distribution and Habitat –
Kapok is a widely distributed plant and is believed to be native to Central America.
We find it in the following countries:
– in North America: Mexico Central America: Belize, Costa Rica, El Salvador, Guatemala, Honduras, Nicaragua, Panama and the Caribbean (Barbados, Cuba, Dominican Republic, Grenada, Guadeloupe and Martinique, Haiti, Jamaica, Montserrat, Netherlands Antilles, Puerto Rico);
– in the northern part of South America: French Guiana, Guyana, Suriname, Venezuela, Brazil, Bolivia, Colombia, Ecuador, Peru and Argentina;
– in Africa: Sudan, Tanzania, Uganda, Burundi, Cameroon, Gabon, Rwanda, Zaire, Benin, Ivory Coast, Ghana, Guinea-Bissau, Mali, Nigeria, Senegal, Sierra Leone, Togo, Angola, Malawi, Mozambique, Zambia, Ethiopia and Djibouti.
Furthermore, this plant was introduced, and is now naturalized, in Asia, in particular in Java, in Thailand, in Ceylon, in Malaysia, in Indonesia, in the Philippines; also in Sicily they are present in various areas, such as in Palermo, in the Luigi Capuana Comprehensive Institute. It is also present in at least 6 specimens in the town of Positano where it was introduced about 60 years ago by an Argentine tourist who went to a hotel in the village who gave a small shrub to the owner of the hotel. The tree in the garden is still visible from the main street of the city.
Its habitat is tropical where it is found at altitudes up to 1,200 meters. 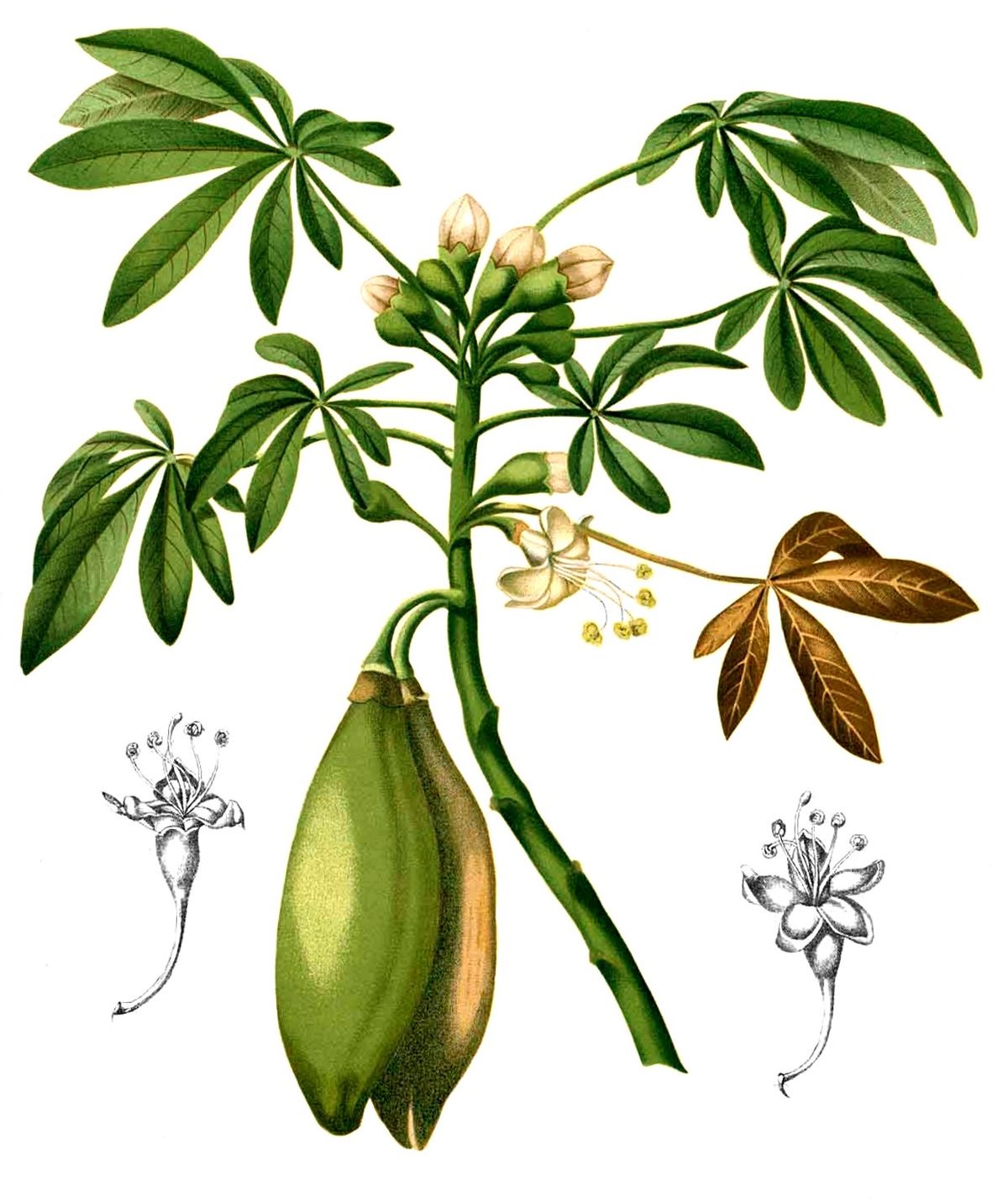 Description –
Ceiba pentandra is a tree that reaches a height of 60–70 m and has a massive trunk that reaches 3 m in diameter.
The trunk as well as many of the wider branches are densely covered with large and sturdy thorns.
It has leaves consisting of 5 to 9 smaller leaflets, each up to 20 cm long.
The flowers open at night and are senescent at noon. They emit a strong odor and secrete nectar at the base of large bisexual flowers.
Adult trees produce several hundred fruits, containing numerous seeds surrounded by a woolly and yellowish fiber consisting of lignin and cellulose.

Cultivation –
Kapok is a plant typically found in the humid tropics, where it grows up to 1,200 meters, although productivity begins to decline beyond 460 meters.
It grows best in areas where annual daytime temperatures are between 17 and 38 ° C, but can tolerate limits of 12 – 40 ° C.
The plant can die in temperatures of -1 ° C or lower.
Furthermore, fruiting can fail if the night temperature drops much below 20 ° C.
It is a tree that prefers an average annual rainfall of between 1,500 and 2,500 mm, but tolerates limits of 750 – 5,700 mm.
It can tolerate a dry season of 0 to 6 months.
Kapok is the tallest native tree that grows in Africa; it prefers a sunny position in a fertile, deep soil, which retains moisture but well drained and with a pH between 5.5 and 6.5, tolerating limits of 5 – 7.5. Finally, it prefers a position sheltered from strong winds.
The Kapok is a fast growing tree, the annual increases in height and diameter during the first 10 years are respectively about 120 cm and 3-4 cm; moreover, in forest gaps, the growth in height can be 2 meters per year.
The tree can start producing seeds, and therefore fiber, from the age of 4-5, with yields increasing up to around 8 years. The economic life of the plants is about 60 years.
The periods of vegetation and flowering are more regular in the driest parts of the distribution area; in humid areas, the periods of vegetation and flowering are very irregular.
The fruits ripen 80-100 days after flowering, the dehiscent types release the seeds, loosely incorporated, which are dispersed by the wind.
A single tree can yield 300-400 pods per year, producing up to 20 pounds of fiber from around 5 years old for over 50 years.
It is a tree that responds well to coppice and has vigorous roots and is known to cause damage to buildings and roads if planted too close.
It is also believed that cultivated kapok is a natural hybrid between two varieties originating from tropical America and West Africa respectively.

Preparation Method –
Leaves, shoots and tender fruits are mucilaginous and are eaten like okra (Abelmoschus esculentus (L.) Moench).
The seeds are eaten raw or cooked, roasted and ground into powder, and are consumed in soups and used as a condiment.
The seeds can be sprouted from the sprouts eaten raw or cooked in soups.
According to some authors, the seeds are toxic.
A pleasant tasting cooking oil is extracted from the seed.
Although the seed is toxic, the oil is still edible.
The flowers are blanched and eaten with chilli sauce.
Dried stamens are added to curry and hot, sour soup to add color.
Wood ash is used as a substitute for salt.