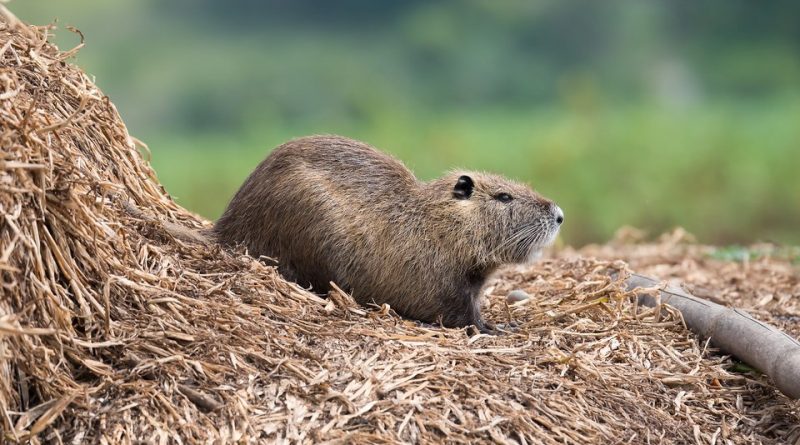 Geographic Distribution and Habitat –
Coypu, also known as coipo myopotamus, water beaver and swamp rat is a rodent native to South America (from Paraguay and central and southern Bolivia to Tierra del Fuego), the only living species of the genus Myocastor and of the family Myocastoridae.
Over time it has naturalized in many parts of Europe, including Italy, where it escaped captivity after being introduced for industrial purposes for the use of furs (Castorino fur). In areas where there is a shortage of predators (wolf, fox, stone marten, wild cat, lynx, stray dogs, various birds of prey, and large predatory fish such as pike and catfish) the uncontrolled growth of this species can cause damage to agricultural crops .
Its original habitat goes from the plains up to being able to reach altitudes of up to 1190 meters in the Andes.
In Italy, always introduced for commercial purposes, especially in recent years, it has spread to the Po valley, in Tuscany, along the Adriatic coast from the course of the Brenta river in Veneto, in Friuli-Venezia Giulia up to Abruzzo and on the northern Tyrrhenian side. and central Lazio. Localized presences are also found in southern Italy, in upper Campania, in Sicily (for example in the natural reserve of the Irminio river) and Sardinia. 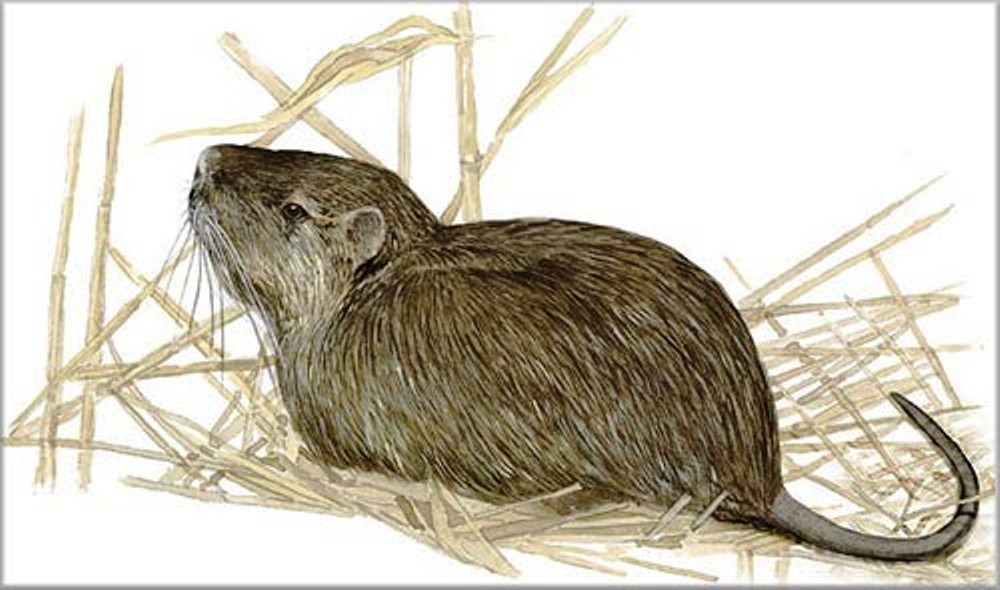 Description –
The Myocastor coypus is recognized for its large size, with head and body length between 430 and 635 mm, the length of the tail between 255 and 425 mm, the length of the foot between 120 and 150 mm, the length of the ears between 25 and 30 and a weight between 5 and 10 kg, sometimes up to 17 kg. Sexual dimorphism is present with males being usually larger than females.
The tail is cylindrical, scaly, with few hairs; the coat is generally brown, dark or golden, but specimens with isabella or cream coat are also encountered.
The ears are small and the incisors, of orange color, are large and protruding; he has a long silver mustache. The hind limbs are webbed and the breasts in females are located in a latero-dorsal position, typical of aquatic animals that raise their offspring in water.

Biology –
In captivity, the Coypu reproduces throughout the year. This can also likely occur in the wild. In Chile, births have been observed in spring and summer. Females are polyesters and can give birth 2-3 times a year. Postpartum estrus can occur 1-2 days after delivery. Estrus lasts 24-26 days. They have a receptivity period of 1-4 days. Ovulation can be induced. Gestation lasts 128-130 days.
Females, on average, give birth to 5 babies at a time, with a minimum of only one and a maximum of 13. As soon as it is born, the baby weighs about 100 g, is completely covered with hair and has open eyes. It can survive away from its mother as early as 5 days, but usually stays with her for up to 6-10 weeks. It reaches sexual maturity if born in the summer at 6-10 weeks, while those born in the fall at 6-7 weeks. 80% of the mortality of this species occurs in the first year of life. In a few they reach more than 2 or 3 years. In captivity, on the other hand, a life expectancy of up to 10 years has been found.

Ecological Role –
The Myocastor coypus prefers river or marsh areas, where they feed on aquatic plants and algae and, during the winter, also on tubers, rhizomes and roots. In the regions where it has been introduced it feeds on any available crops. At high population densities, it drastically reduces the presence of aquatic plants, causing the formation of open waters in place of lagoons and marshes.
It lives in swamps, lake shores, and slow-moving streams. Although it prefers fresh and fresh water, some populations of the Chilean islands live in salty or brackish waters. It builds platforms of vegetation where fur is nourished and cared for. Use other animal lairs as shelters, or dig burrow systems that range from simple tunnels to complexes of chambers and passages that stretch for more than 15 meters.
In Italy, the populations living in the northern lowland areas also explore the fields surrounding the waterways (feeding on some crops such as corn and sugar beet), while in the center-south they live almost exclusively in the river beds and along the banks. .
Furthermore, the nutria also traces paths in tall grass and can move up to 180 meters from the shelters. Most of his time he spends swimming or browsing aquatic plants. It can remain submerged for more than 10 minutes. In the water he pushes forward with alternating strokes of the webbed hind feet. It lives in pairs or small groups based on several related females, but the presence of many individuals in favorable environmental conditions can give the impression of forming large colonies. Males are often solitary and erratic.
As for the conservation status, according to the IUCN Red List, considering the vast range and the large population, it is classified as a species with minimal risk (LC).
The nutria is targeted by hunters for its fur and in some regions even as a food source.
Some states have undertaken eradication activities in their territory, without however obtaining definitive results. Only in England has no individual been captured since 1989. It is included in the list of the 100 most harmful invasive species in the world.
Furthermore, the nutria is subject to hunting by various predators. The dog, the golden jackal, the gray wolf and the jungle cat have been observed as major mammalian predators in Russia. In South America it is preyed upon by the jaguar, the puma, the ocelot and the tiger cat. Other mammals that feed on it are the red fox and the ermine. The main hunter birds are the red-shoulder buzzard, the marsh harrier and the tawny owl. However, the most common predator in South America is the caiman.