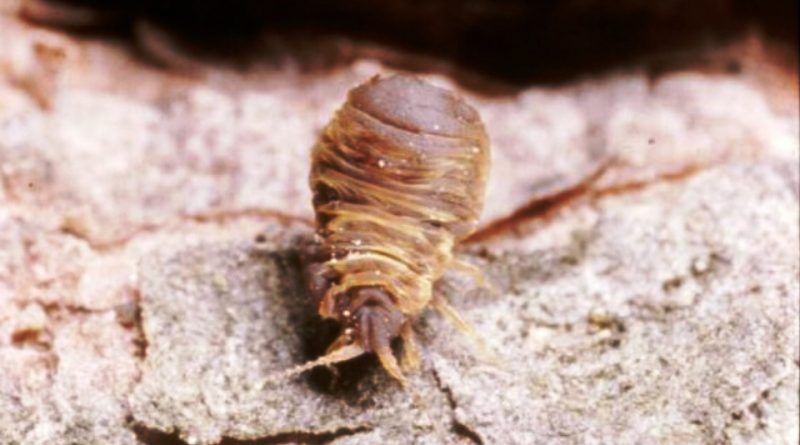 The cochineal of the bark of the maritime pine (Matsucoccus feytaudi Ducasse, 1941) is a homopterous insect belonging to the Margarodidae family.

Geographical Distribution and Habitat –
The cochineal of the maritime pine is an insect that lives exclusively at the expense of the maritime pine (Pinus pinaster) for which its potential development range is identified with that of this plant.
This insect was discovered for the first time in France and from there it spread to the Iberian Peninsula, Morocco and the western Ligurian Riviera.
The geographical distribution of M. feytaudi originally occupied the Atlantic regions of the natural area of ​​the pinastro (France, Spain, Portugal, Morocco) in which the insect still lives in equilibrium with its pine without causing damage, like any phytophagous coevolved with your own host plant.
The accidental introduction of the insect, with the timber trade, occurred a few decades ago in South-Eastern France, instead created an imbalance situation in the Pinus pinaster Aiton pine forests of that region. The climatic-environmental situations of the newly conquered territory, with optimal conditions for the phytomizo, led to the start of an epidemic phase of the cochineal which proved to be highly destructive also as a result of the reduced capacity of natural control of the few antagonists, essentially generic predators, revealed able to attack the different stages of this insect.
The arrival of the cochineal in Italian territory occurred in the early 70s of the last century, probably with passive transport by vehicular traffic and / or with the trade of infested timber, given that the first deterioration of maritime pine was observed in the years 1977 -78 in the area of ​​Bordighera (Imperia) and then spread throughout Liguria.

Morphology –
Matsucoccus feytaudi is a small mealybug about two millimeters in size. The female forms are brown-violet in color with the appearance of a plane-convex lens; male ones are narrower and longer ones.
The nymphs are 0.3 – 0.4 mm in size, yellowish in color. in the shape of a flat-convex lens, with an elliptical section.

Attitude and Life Cycle –
From mid-April to that of May, the nymphs develop from the eggs which are at first immobile and unable to feed; these then disperse on the needles and on the bark of the trunk and branches, looking for an interstice between the cortical plates, in which to settle and insert the sucking buccal stylet.
During the mobile phase these parasites can easily be blown away by the wind.
The transition to the next stage takes place between mid-September and October: the nymphs of the female line give shapes up to 2.2 mm long, squat, with the appearance of a flat-convex, static, brown-colored lens. purplish; those of the male line give tighter and elongated individuals. The former, starting from the middle of January, transform into females, the latter, in December, will give a stage of mobile “prenymph” (2.5 mm in length), which will become a fixed nymph, cocooned in a waxy secretion; after the metamorphosis is completed, the male is obtained.
This cochineal, as mentioned, lives on Pinus pinaster, that is, on the maritime pine, of which it colonizes the bark of both the trunk and branches, and the roots that sprout from the ground. It prefers already developed plants with thick bark and with many crevices in which the nymphs are housed. These remove sap from the plant and emit toxic substances that cause alterations in its tissues. The plant reacts with abundant resinous emissions, yellowing and redness of the foliage and an intense fall of the needles.
The progressive colonization by the parasite determines, in the space of a few years, the deterioration and death of the most affected subjects. Furthermore, pines infested with cochineal often weaken and are easily attacked by other secondary parasites (especially Beetles Scolitidae and Curculionidae) which accelerate their deterioration and death.

Ecological Role –
The infested maritime pines show yellowing of the vegetation, vegetative decay with intense phylloptosis (from autumn to spring) and widespread desiccation on the top. The damage is caused by the subtraction of lymph and the emission of toxins by the nymphs which are localized in the cracks of the trunk bark, of the large branches and on the emerging roots.
Silvicultural defense interventions consist of silvicultural operations aimed at diversifying pure pine stands and maintaining the populations in the best possible conditions.
In the case of overt infestations it is necessary to carry out phytosanitary cutting interventions with methods and management of the resulting material in compliance with the Ministerial Decree of 22 November 1996, “Compulsory fight against the phytomizo insect Matsucoccus feytaudi (Ducasse)”.
Any outbreaks or suspected cases of presence of Matsucoccus feytaudi must be immediately reported to the Phytosanitary Service to prevent the parasite from spreading uncontrollably and damaging entire pine forests. In maritime pine populations infested with mealybug, the plants most affected or otherwise suffering must be eliminated: the cuts should be made preferably in October and April and must cover the entire wooded area affected by the infestation. The resulting material of the cuts (plants, bark or twigs) must be destroyed with fire.
Chemical defense interventions for the control of Cochineal infestations can only concern areas of particular landscape-environmental value where it is possible to intervene with the “mass capture of insect males” strategy, using adhesive traps triggered with the sexual pheromone in order to contain its biotic potential.
In fact, please note that the use of insecticides leads to a further imbalance of the entomofauna (as well as the fauna) with worse results than the remedy.