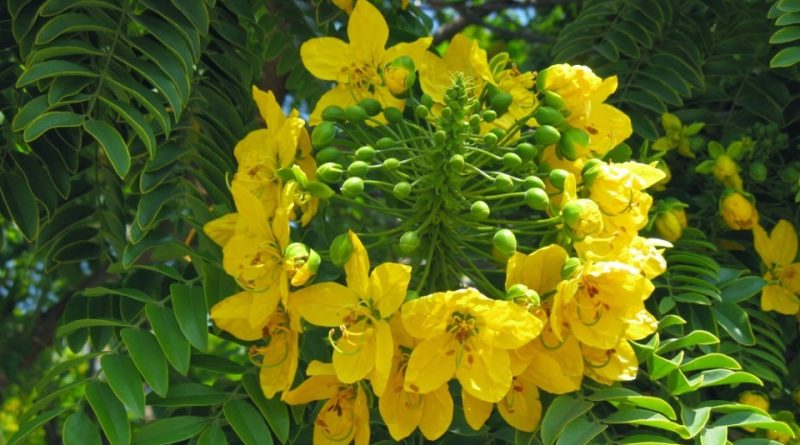 Etymology –
The term Cassia comes from the Greek name κασια casia used by Dioscorides for a plant belonging to this genus or a similar one, taking up the Hebrew name quetsi’oth.
The specific epithet angustifolia comes from narrow, narrow angustus and from folium leaf, lamella.

Geographical Distribution and Habitat –
Cassia angustifolia is a plant native to an area that goes from the coasts of East Africa to Upper Egypt, Monzambique, the Red Sea Islands and the western and south-eastern coasts of the Indies. 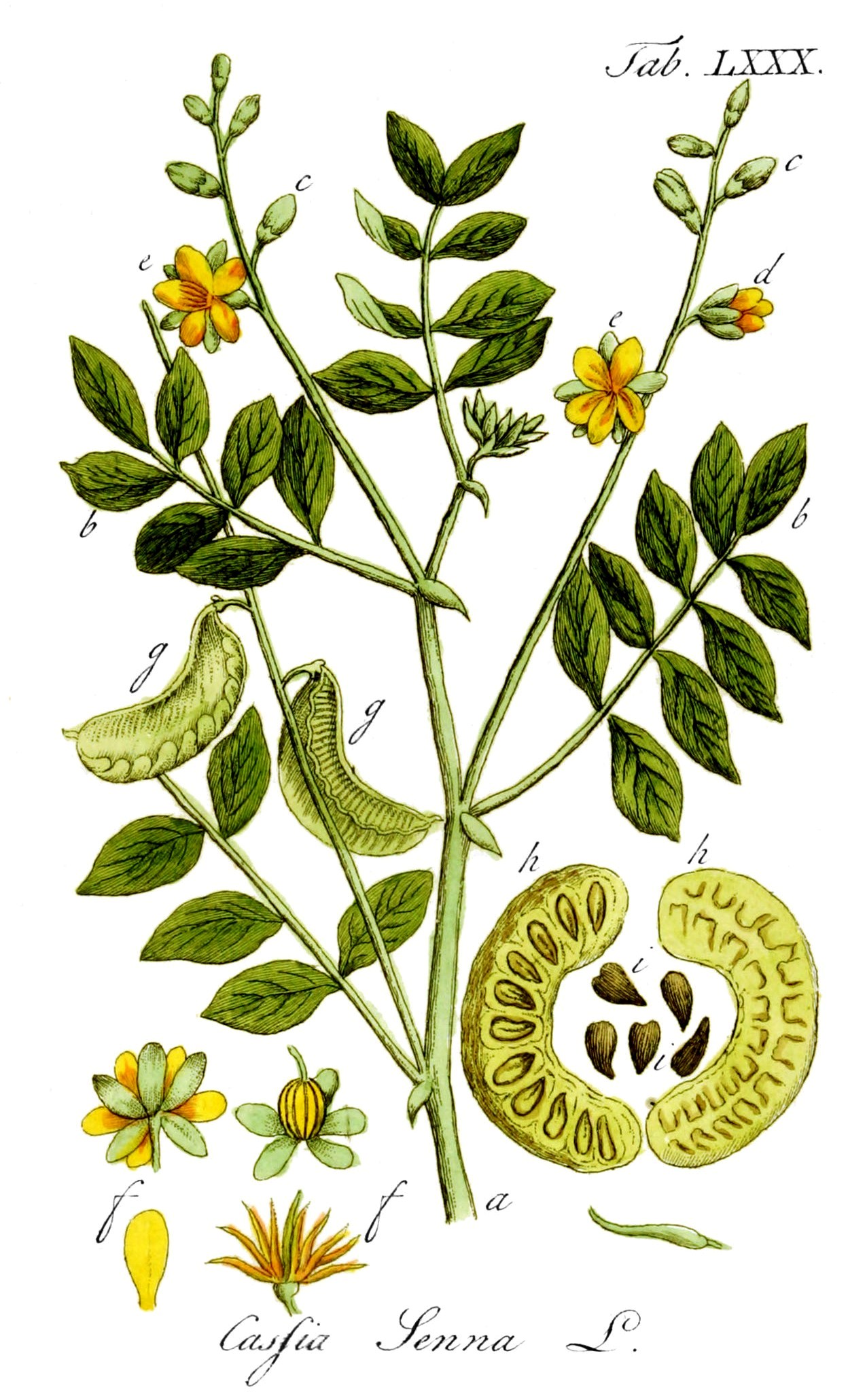 Description –
Alexandrian senna is a shrubby plant reaching 0.5-1, rarely two meters in height.
The stem is erect branched, light green in color and long extended branches bearing four or five pairs of leaves.
The leaves form complex, feathery and reciprocal pairs. The sheets vary from 4 to 6 pairs, fully edged, with a sharp tip. The central ribs are equally divided at the base of the leaflets.
The flowers are collected in an internal raceme, with large buds, yellow tending to brown.
The fruits are legumes, largely oblong, compressed and flat and contain about six seeds.

Cultivation –
When Cassia angustifolia is grown it is cut every six months, dried in the sun, stripped and packaged in palm leaf bags.
The plant can be subject to some types of fungi (cercospora and cladosporium) and to various parasites (miner larvae, scale insects and aphids).
This product is sent by camel to Essouan and Darao, then along the Nile to Cairo or to the ports of the Red Sea.
For the Ababda, a nomadic population living in the area between the Nile and the Red Sea, near Aswan in Egypt and northern Sudan, the senna trade is a significant source of income.

Customs and Traditions –
Alexandrian senna is also known by the names Egyptian senna, Tinnevelly senna, East Indian senna, or French séné de la palthe.
In the past it was called Alexandrian senna and Egyptian senna because Alexandria in Egypt was the main commercial port where it was marketed.
The fruits and leaves were transported from Nubia and Sudan and other places to Alexandria, then from it and across the Mediterranean Sea to Europe and adjacent Asia.
The pulp of the pods of Cassia angustifolia (and similar species) commonly and generically referred to as senna, has laxative properties already known for centuries.
As with aloe, the purgative action is determined by anthracenic derivatives and in particular by combined anthraquinones in the form of glycosides.
This plant is refreshing and laxative because it is rich in glucose and above all in fructose (anthraquinone glycosides – Senosides – mucilage, flavonoids).
The plant has an elective tropism towards the large intestine, on which it causes an activation of peristalsis capable of accelerating the advancement of the intestinal contents with a consequent laxative and purgative effect. Its active ingredients would be, for the most part, absorbed in the small intestine, acting with a peristaltogenic action on the colon after having reached it via the blood and lymphatics.
Historically, Senna was used in the form of senna pods, or as a herbal tea made from the leaves, as a laxative. It also acts as a fungicide.
Modern medicine, at least since the 1950s, has used extracts as a laxative. If accidentally ingested by babies, it can cause side effects such as severe diaper rash.

Preparation Method –
From the dried fruits and leaves of Cassia angustifolia we get the drug known as senna, a classic laxative with an irritating action. This action is linked to the presence of anthraquinones, which stimulate colic contractions, favoring the evacuation of faeces. It is one of the few laxatives that can be used during pregnancy and breastfeeding.