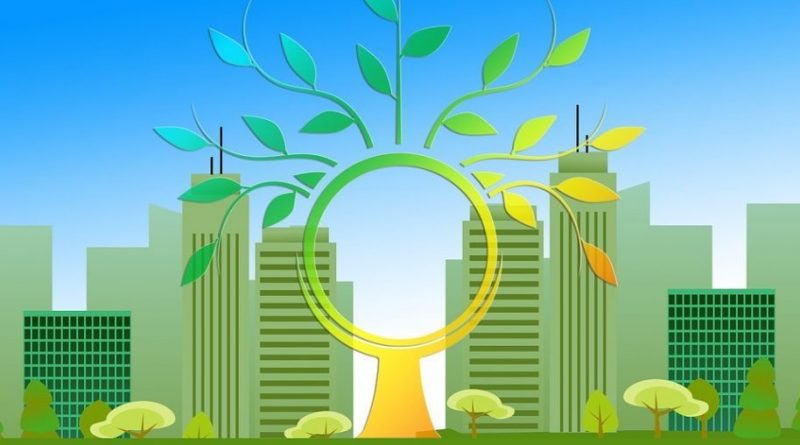 If for years we have argued that International and National policies for the protection of the environment are not effective, we do not do it for a mere linguistic exercise or for pure sensationalism.
For many of us, years of research, analysis, evaluation but, above all, systematic reading of a series of data, provided by Research Institutes and National Agencies, are the basis for these cries of alert and repeated requests. and international.
That it is a biodiversity emergency is now given, unfortunately, consolidated but that it is a held emergency, first social and then political and economic of the entire planet, it is much less, indeed there is also the unpleasant feeling that talking about it creates a certain annoyance to those who listen.
Without going into the complex, but also simple correlations, between the richness of the biodiversity heritage and the (also economic) well-being of society, we must however affirm that we are witnessing a dichotomy between the virtuous world of men of good will of Research and Science and that, too worried about the consensus of the men of politics.
Obviously the exercise of generalization is equivalent to shooting on the Red Cross: as in all percentages of society there are Women and Men of Politics who are concerned, and also with concrete activities, to activate virtuous government processes.
The feeling, however, is that the green language of politics is too far from valid activation percentages and, as in the law of mass action of physics, if you do not exceed a certain percentage, the horizon will be increasingly dark.
The need for this necessary and compelling reversal of political action is clearly perceivable in the programmatic languages ​​of the men of government, in the world financial model, still launched towards a very dangerous drift of non-return and towards a sleepiness of the consciences that still believe that politics is those of one’s own courtyard: a mistake as gross as it is for devastating future effects.
The alarm launched by various agencies in recent times was not enough to reverse this trend; The emergency COVD-19, the effect of this phenomenon, was not enough to highlight how our ecological – social – political – economic and financial system is one whole. As in quantum mechanics, these apparent compartments are also connected by a corresponding quantum entanglement, or quantum correlation, that is, of that phenomenon, devoid of a classical analogue, whereby two or more physical systems represent subsystems of a larger system, whose quantum state is not it can be described individually, but only as a superposition of several states.
Just as in quantum entanglement one does not realize that the complexity of the world is in effect a uniqueness.
So the danger of extinction of biodiversity now affects everything: trees, insects, molluscs, fish and reptiles, are disappearing with a geometric progression, which makes necessary substantial changes in policies relating to land use, urbanization control, to the management of semi-natural areas and so on.

According to the Red List of Trees, drawn up by IUCN at the end of last year, 58% of endemic species are under threat, with cascading effects on European biodiversity.
According to this report, on European biodiversity, produced by the IUCN (International Union for the Conservation of Nature), 42% of the 454 tree species in the European territory are at risk of disappearing and in shorter times than you might think.
Among the data presented by the IUCN, particularly worrying is that of endemic varieties and species, which sees 58% of trees in a state of threat and 15% in danger of extinction. The greatest risk for the biodiversity of tree species depends not only on pests and diseases, but above all on the presence of plants introduced by man over the years, which today compete with native trees.
Moreover, and here the tagline is more evident, the life of trees also depends on the life of many animals, including terrestrial molluscs (such as snails and snails) and fresh water, fundamental for their ecological functions. In fact, they play a key role in soil regeneration and in the recycling of nutrients in natural ecosystems, also representing an important source of food for birds, mammals and invertebrates.
To understand how some species, which are not “interesting” from a political point of view, are essential for our future existence, it must be said that amphibians, reptiles and fish – whose state of health had so far never been evaluated in Europe – the IUCN report on the risk of extinction of land molluscs in Europe shows that over a fifth of these species (of which 92% are endemic) are threatened with extinction. In this case, the main threats derive from the destruction of Europe’s natural areas, as well as from a highly impacting agricultural model and climate change.
At this point the question is: are we waiting for other tragic events, after the pandemic from COVID-19 to understand how much a reversal of political culture is needed or can we start right now to change its language?
The answer is that we must begin to distance ourselves from everyone, of any color and political faction and of any person on the street who does not use “Green” language and attention.
Of demagogy, of “sport” of the criticism of everything and everyone, of non-constructive languages, we have it all over our hair.
Now is the time for a new vision of economics, where action, starting from individual citizens to government people, is aimed at starting a new path for an integral ecology of life; with all due respect to that Encyclical, much desired, and still not understood, Laudato Sì, of Pope Francis.