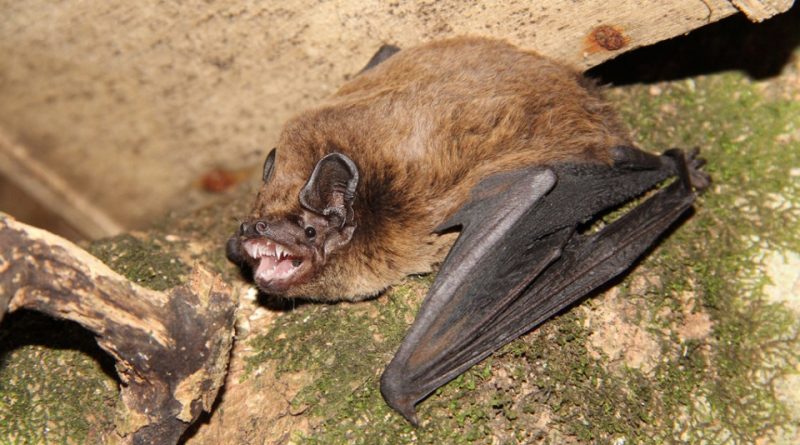 The Lesser noctule (Nyctalus leisleri Kuhl, 1817) is a bat belonging to the Vespertilionidae family.

Geographical Distribution and Habitat –
The Lesser noctule is a bat with distribution in the Palearctic Ecozone and especially in Europe, from the Iberian Peninsula to the Urals and the Caucasus, in northern Africa and Asia, from northern Iran to northern Pakistan and northern India. Western; it is also present on the Canary Island of Tenerife and with a small endemic subspecies on the Madeira Island.
In Italy it is present up to Lazio and Puglia and in Sardinia.
Its habitat is that of woods and urban environments up to 2,400 meters above sea level.
It migrates up to 1,567 km, particularly from the north-eastern part of its range to the south-western one. 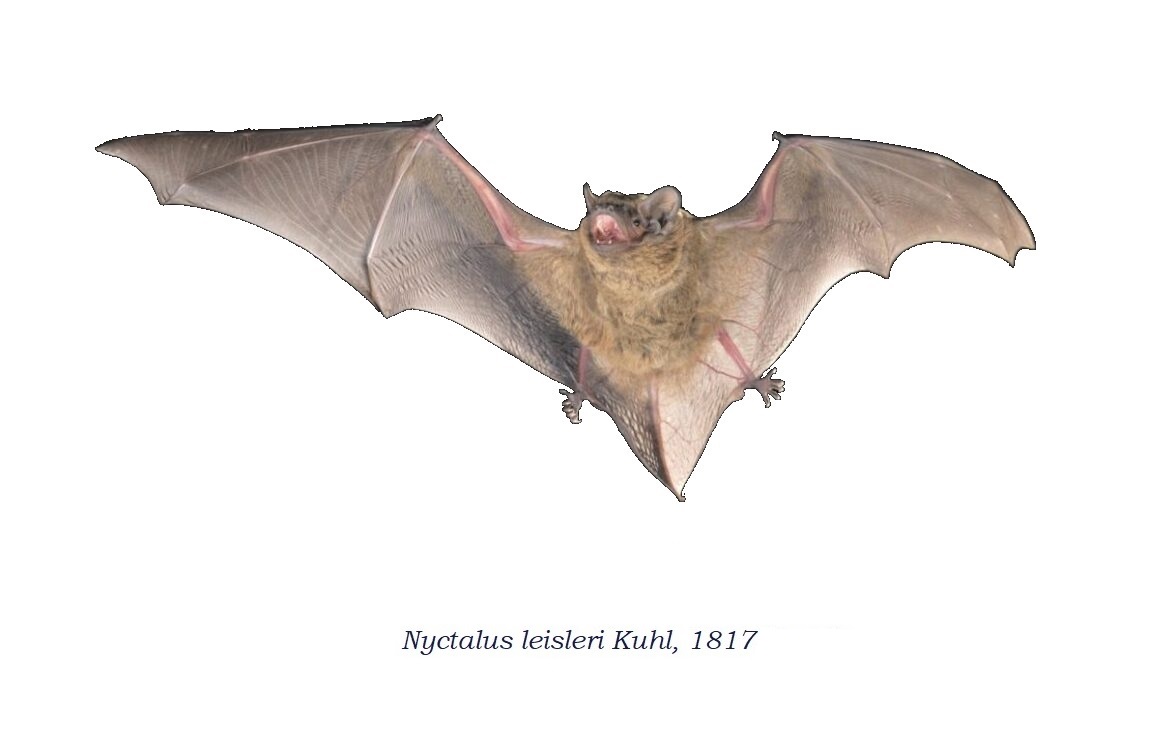 Description –
Nyctalus leisleri is a small bat with head-body length of 48-68 mm, tail length of 35-45 mm, wingspan of 26-32 cm, for a weight of 13-20 grams.
It has a long, soft, shiny, dense fur and extends on the wings up to the height of the elbows and knees. The dorsal parts are golden brown with a dark hair base, while the ventral parts are yellowish with a dark hair base.
The muzzle is dark brown, wide, with two glandular masses on the sides and with the nostrils projected forward and outward, separated from each other by a deep furrow.
The ears are short, triangular and well separated, with the rounded end, 4-5 folds on the posterior margin and the low and long antitragus which extends forward to the posterior corner of the mouth. The tragus is very short and with a rounded end. The wing membranes are long, thin, dark brown and attached posteriorly on the ankles. The tip of the tail extends slightly beyond the large uropatagio, which is covered with hair at the base. The limestone is long and with a fairing formed by a T-shaped cartilage structure.
The subspecies N.l.verrucosus is smaller.
This bat emits ultrasounds in the form of short duration pulses at a modulated frequency starting at 70 kHz and ending at 26 kHz.
The flight is slow, irregular and not more than 15 meters above the ground.

Biology –
Males tend to be solitary and in the summer months preceding the mating seasons they set territories, where they will form a harem with up to 9 females and defend them from the other contenders.
The mating of this species occurs between the end of July and September or October.
Females reach sexual maturity already at the first year of life.
The small night owl gives birth to two babies at a time in the period of June.
Life expectancy is up to 9 years.

Ecological role –
This species, in the summer, takes refuge in the hollows of the trees and in the bat-boxes, in the interstices and crevices of the buildings where it forms colonies of a few dozen or hundreds of individuals often together with other bats such as the common owl, the giant owl, the Bechstein vespertilio, Daubenton vespertilio and the dwarf bat.
Nursery form of 20-50 females, although a colony of 800-1,000 individuals has been observed in Ireland.
During the winter it tends to prefer shelters inside buildings where it hibernates in the period from September or October to March or April.
Predatory activity starts at dusk, 10-40 minutes after sunset, sometimes even during the day and often even in bad weather.
As far as food habits are concerned, the Nyctalus leisleri feeds on insects caught in flight, particularly diptera, lepidoptera and trichoptera and, to a lesser extent, efemeroptera, neuroptera, hemiptera, hymenoptera, coleoptera, above the thicket of the woods, along their margins, in the clearings, above bodies of water, along the streets and around lampposts.
With reference to its state of conservation, the IUCN Red List, considering its vast range and abundance, classifies N.leisleri as a minimum risk species (LC).