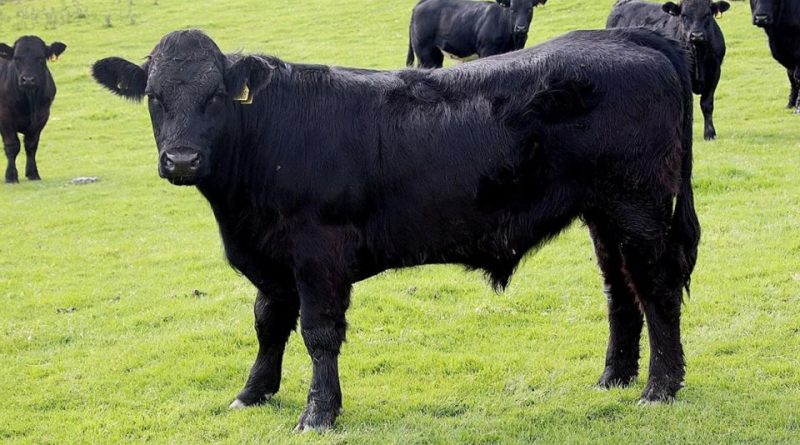 The Welsh Black is an ancient bovine breed (Bos taurus Linnaeus, 1758) originating in Wales, with a dual attitude but prevalently for the production of meat.

Geographical and Area Distribution –
Until the end of the 19th century, 25,000 Welsh Black cattle were exported from Wales each year. Before the 1960s, few cattle were exported outside the UK. Today heads of this breed can be found in Canada, New Zealand, Australia and Germany, as well as in Saudi Arabia, Jamaica and Uganda.

Origins and History –
The Welsh Black is an ancient bovine breed originally from Wales. This breed is one of the oldest breeds in Great Britain, dating back to pre-Roman times. The Welsh black race was a valuable heritage of the British people during the Saxon invasion.
With the commercial exploitation of the breed this was conducted towards the English markets. Thus herds of cattle from Southwest Wales made their way to Hereford and Gloucester in the Tywi Valley to Llandovery. Other herds of southern Cardiganshire reached the city of Wales Llandovery through Llanybydder and Llansawel.
The breeders, attracted by this breed, would then return to Wales with large sums of money, making them the target of bandits and underworld men.
The result was the formation in 1799 of Banc yr Eidon in Llandovery, of the Bank of the Black Ox, which was subsequently purchased by Lloyds Bank.
Black Welsh cattle appear on the list of native endangered breeds in Wales.
In 1970 this breed was divided into two subspecies, present in the country. The subspecies of North Wales is a robust breed used for its meat, while the southern subspecies is a breed more inclined to milk production.
So with the increasing demand for modern beef, a more hybrid species has developed, which adapts to traditional needs and modern demand for beef.

Morphology –
The Welsh Black is a bovine breed that is recognized for having a height at the withers of: 120-140 cm for a bull’s weight of 1,000-1,100 kg and cows of 600-700 kg.
The color of the coat is generally intense black but red individuals can occur sporadically – red and other colors were, however, more common in the past.
; the horns are white with a dark tip but there are subjects of the acorn type.
The muzzle is pigmented black.

Productive attitude –
The Welsh Black is a breed with a rustic nature combined with the habit of knowing how to adapt well to rough pastures, such as moors and in any case very natural habitats.
This breed has traditionally been bred for both milk and beef; in recent times, especially for commercial purposes, it is usually used only for beef.