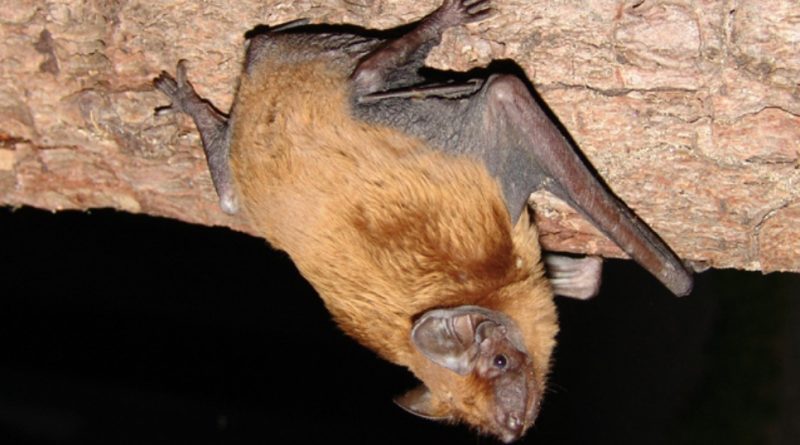 The Common noctule (Nyctalus noctula Schreber, 1774) is a bat belonging to the Vespertilionidae family.

Geographical Distribution and Habitat –
The Common noctule is a bat widespread in the Palearctic Ecozone. In Europe it is present from the Iberian Peninsula to the Caucasus (to the north up to the 60th parallel), in central Asia from northern Iran to western China, in the northern part of the Indian subcontinent and in Indochina. In addition, isolated populations are present in Lebanon, Israel and Oman. In Italy it is present throughout the territory except the islands.
Its habitat is that of moist deciduous or mixed forests and in urban environments up to 1,900 meters above sea level. 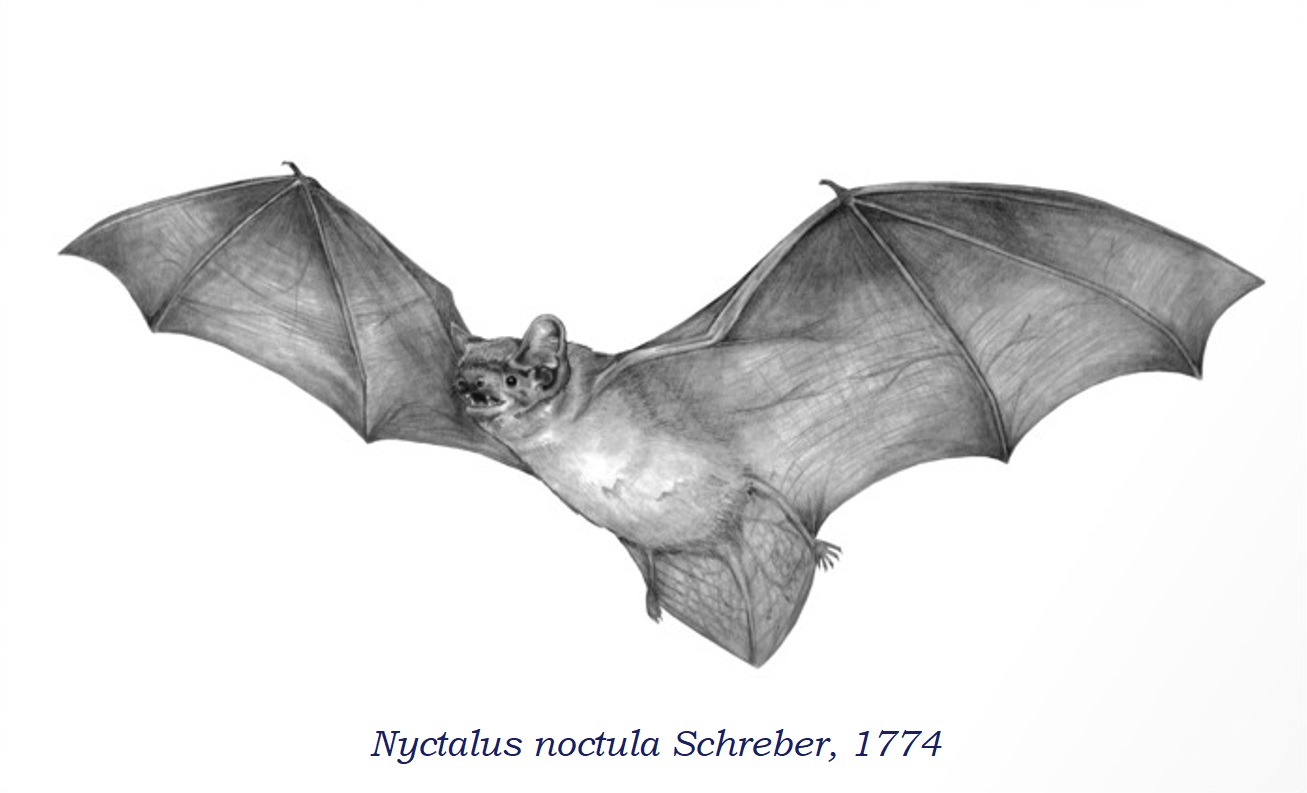 Description –
Nyctalus noctula is a bat with a head-body length of 60-89 mm, with a tail length of 41-60 mm, wingspan of 32-40 cm, foot length between 12 and 14 mm, length of ears between 16 and 21 mm for a weight of 19-44 grams.
It has a short and shiny fur.
The dorsal parts are brown-reddish in color, while the ventral parts are lighter.
The muzzle is broad, flat and with two large glandular masses on the sides.
The ears are short, wide, triangular and with a rounded end.
The tragus is short, curved forward, with the enlarged end and a small pointed projection at the base of the posterior margin.
The wing membranes are dark brown and attached posteriorly on the ankles. The feet are squat, with short toes.
The thumb is short with a small callosity at the base. The tip of the tail extends slightly beyond the large uropatagio, which is covered with hair at the base. The limestone is long and with a round and well developed terminal lobe.
This bat emits low duty cycle ultrasound in the form of pulses of intermediate duration with modulated frequency starting at 52 kHz and ending at 18 kHz.
The flight is mostly high, rapid, deeply beaten, straight with sharp dives and turns.

Biology –
The Common noctule gives birth to one or two babies at a time, in the period between June and July after a gestation that lasts 10 weeks.
In some cases trigeminal parts also occur, particularly in Central Europe.
In spring and summer before the mating season, the males occupy and defend a specific territory where 4 to 9 females will later join them.
The mating period occurs from August to October or November, sometimes even during hibernation. Females reach sexual maturity in the first year of life. The unborn children replace the milk teeth and begin to fly 4 weeks after birth.

Ecological role –
The Common noctule night takes refuge in the hollows of the trees, more frequently in oaks, poplars and pines and sometimes in buildings.
In the winter instead it hibernates in the period from late September or mid November until March or early April in the rocky cracks, in the caves, mostly in the southernmost part of its range and occasionally in artificial structures where it forms colonies of up to 10,000 individuals.
This bat forms nurseries of 20-50 females mainly in Eastern Europe and shares shelters together with the Nathusius bat, the dwarf bat and the two-tone serotino.
The predatory activity begins shortly after sunset, sometimes even during the day, takes place about 10-40 meters above the ground and consists of a single flight lasting about an hour, doubled in summer by another carried out just before ‘Sunrise.
The food is based on insects, in particular moths, beetles and chironomids, caught in flight over bodies of water, at the edge of the woods, clearings, in landfills and more rarely in inhabited areas.
It is a bat that makes seasonal migrations from central to south-western Europe up to 1,546 km.
According to the IUCN Red List, given the vast range and abundance, although a decline has been observed in the population in some areas but within sustainable limits, it is classified as a species with minimum risk (LC).