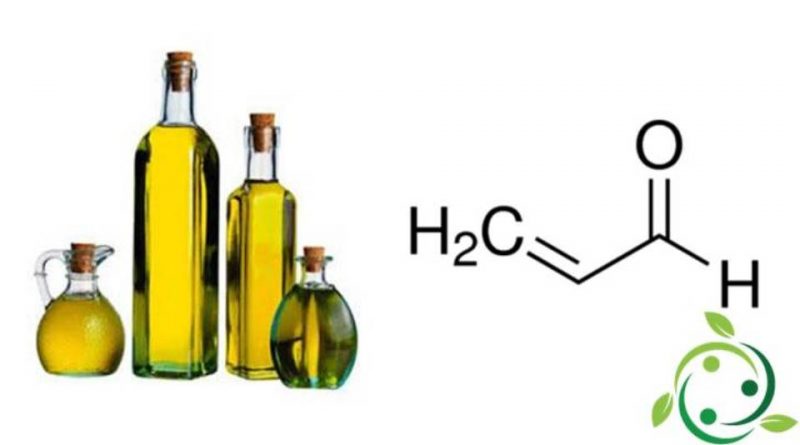 Acrolein whose term in the official IUPAC nomenclature is: 2-propenal and also known by the terms of: 2-propen-1-ale, acrylamide or simply propenal.
Acrolein is an aldehyde having a brute or molecular formula: C3H4O.
It has the appearance of a colorless or yellowish liquid with a characteristic smell.
Acrolein is produced by the dehydration of glycerol, a reaction that occurs during frying beyond the smoke point of the oil used.
It is also part of the gas phase components of cigarette smoke, causing damage to the body due to its irritating proflogistic action.
Acrolein is a pharmacologically active metabolite of the cyclophosphamide chemotherapy.
This molecule is a highly polluting and harmful contaminant for humans; it constitutes 5% of atmospheric aldehydes and, more than formaldehyde (50% of the total), it represents the most dangerous molecule.
Some studies conducted by Kane Alare in 1978 have shown that acrolein and formaldehyde act synergistically as competitive agonists, therefore the production and severity of irritations to the mucous membranes due to atmospheric exposure are mainly due to their concentration (acrolein + formaldehyde) rather than the total presence of volatile aldehydes.

Although quantitatively less present than formaldehyde, acrolein has a significantly higher irritating potential; it, even at low concentrations, causes inflammation of the conjunctiva mucous membranes of the eyes and of the mucous membranes of the airways.
In detail, the continuous exposure to acrolein determines:
– Worsening of mucous irritation;
– Reduction of respiratory rate;
– Bronchoconstriction induced by stimulation on the cholinergic reflex;
– Enzymatic imbalances attributable to liver pain: increase in alkaline phosphatase + increase in transaminases = increase in cortisol secretions (pituitary-adrenal feed-back).
In general therefore, acrolein is a substance toxic to the liver and irritating to the gastric mucosa and the effects induced on breathing.
In the wine sector, acrolein is a degradation by dehydration of glycerine by lactic bacteria.