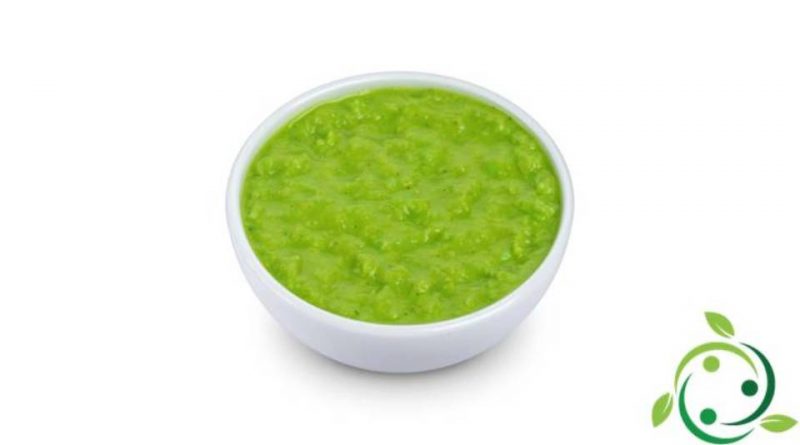 Wasabi is a green sauce with the consistency of a very spicy paste, typical of Japan, obtained from the rhizome of the wasabi plant (Eutrema japonicum (Miq.) Koidz.).

Origins and History –
Wasabi is a green paste with an intense and very spicy taste; it is served as an accompaniment to typical Japanese dishes and has significant beneficial properties.
It is also called “namida”, that is tear precisely because its spiciness leads to tearing.
Wasabi is a plant of Japanese origin belonging to the Brassicaceae family, which is the same family as radish, horseradish, rocket and cabbage. The roots of this precious and very ancient plant are difficult to find and expensive since they grow rather slowly.
From the root of this plant we obtain a green paste with a particularly spicy taste and a rather dense consistency, well known to those who have tried Japanese cuisine at least once. In fact, it is usually used as an accompaniment to the typical dishes of the oriental tradition, such as sushi, sashimi, tempura. In addition to the original sauce, which takes its name from the plant of origin, there is also a less spicy version made using a very similar ingredient, such as horseradish, but with a decidedly less intense and spicy flavor.

Description –
Wasabi is a very spicy green sauce, green in color and with a flavor very similar to daikon, but much spicier. It is used as a condiment for meat and especially for raw fish, sushi, soba, tempura and sashimi.

Active principles –
Wasabi has antiseptic properties and is rich in vitamin C.
It also has properties that facilitate digestion, which is why it is often accompanied by raw fish, which is difficult for our body to digest.
Wasabi is also attributed to antibacterial and detoxifying properties.
It has a calorific value of 109 kcal. Its carbohydrate content is around 23.5 g per 100 g of product and has 4.8 g of protein per 100 g of sauce. It also contains and very few fats, only 0.63 gr per 100 gr. According to some studies pursued by the Faculty of Medicine of the University of Florence, Wasabi, if taken regularly, would be able to raise the pain threshold.
Its special aroma is attributable to the chemical composition, which sees a prevalence of isothiocyanates, molecules responsible for the antibacterial efficacy, antioxidant virtues and potential antitumor virtues of this portentous vegetable.

Properties and Uses –
Wasabi, as mentioned, is widely used in Japanese cuisine to accompany raw fish, for example sushi or sashimi, or is added to soy sauce and to season vegetables and salads.
This root, moreover, can be considered a natural antimicrobial agent, therefore useful also during the consumption of raw fish, as happens in the eastern gastronomic tradition.
Wasabi is usually served in small separate bowls and in very small quantities.
In Japan it is grated with a special tool, covered with the skin of Samè, that is, of race.
It can also be sold in powder form. Snacks and biscuits are prepared with Wasabi powder. It can also be added to savory meat or fish preparations as a flavoring.
The original Wasabi in Japan is called hon-wasabi.
Due to the difficult cultivation, Wasabi has a cost, which leads to several adulterations with other substances. In fact, horseradish is often added to the original sauce.

Preparations –
On the market, Wasabi sauce is in the form of powder or paste in a tube.
It is preferable, however, to choose the paste, as the dried and powdered Wasabi loses a lot of its aroma.
In any case, preparing this sauce is very simple, while it is more difficult to find the root of the plant. However, it is necessary to choose a fairly firm and wrinkle-free root of the plant, trying to buy it in a specialized Asian food store.
For the preparation, proceed as follows:
– cut the leaves (which can be reused) from the final part of the root, then wash it and let it dry in the open air. Grate the desired amount of Wasabi and form a small ball. Let it rest for about ten minutes to intensify the flavor and serve on the table.
In addition, there is no need to wait too long when consuming freshly grated Wasabi. In fact, it quickly risks losing its properties and its spicy aroma. After touching this root, it is important to remember to wash your hands thoroughly and avoid contact with the eyes.