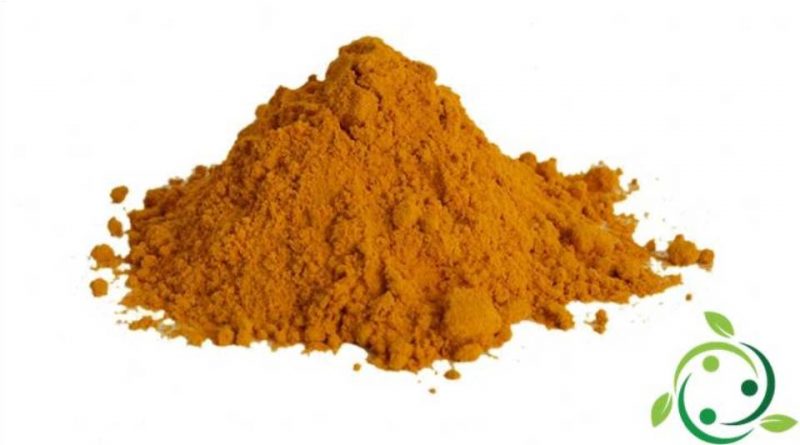 Ras el hanout (Arabic: رأس الحانوت) is a mixture of around 30 different plant species spread throughout the Maghreb.

Origins and History –
Ras el hanout is a mixture of spices and plant species born in Morocco and widespread in the cuisine of the whole Maghreb.
In Arabic Ras el Hanout literally means “the best of the grocery store”. This mixture of spices, in fact, represents one of the maximum oriental delicacies.
In general, it accompanies lamb, couscous or rice dishes.
Ras el hanout can be considered the North African curry parallel. There are three types of blends of Ras el hanout: Lamrouzia, L’msagna and Monuza.
Obviously there are numerous varieties of Ras el hanout according to the tastes of those who prepare it.
Ras el hanout was born in ancient times, even before the discovery of the Americas and when the spice trade was still ending in Morocco, the terminus of the African west.
Traders sold what was left in their cheap carts, or simply abandoned the remaining spices, which is why Ras el hanout has become this exotic blend of so many different ingredients.
Legend has it that this Moroccan spice blend was created by North African spice traders who would mix the best of what they had on offer, thereby creating an intoxicating and aromatic mix – sometimes 50 individual deep spices. Here the vibrant and earthy mix is ​​reduced to just eight – nine spices (plus salt), among which may be present: cinnamon, cumin, coriander, allspice, black pepper and ginger.
There are no two identical versions of this spice blend, so if you taste Ras el hanout from different sources, you will notice slight variations in flavor. While most recipes include cardamom, nutmeg, anise, mace, cinnamon, ginger, various peppers and turmeric, a total of 30 or more ingredients can be used in varying quantities. The mixture is typically prepared by grinding whole spices, dried roots and leaves together.
Indicative of the history of Morocco, many of the spices used in Ras el hanout did not originate in Morocco, but were instead brought to the country incrementally by the variety of colonists and cultures that moved through the land, which acts as a door from Europe to Africa, over the centuries.
In Moroccan cuisine, Ras el hanout takes on a role similar to garam masala in India, and is a versatile and aromatic blend that is used to flavor the country’s most iconic savory dishes, tajine and couscous. It is noted, however, that relatively few Moroccans use this spice mixture in daily cooking; instead, most reserve it for special dishes. Due to its liberal use in mrouzia, a lamb and honey dish with intense seasoning, Ras el hanout is sometimes also called mrouzia spice.
Today Ras el hanout is a big deal in Moroccan souks. A mixture of quality will ensure that customers return. In the competitive market, spice vendors could tie their personal blends with a pinch of ground iris root, a pinch of paprika, cubic peppercorns or lavender to help their Ras el hanout stand out from the crowd. Sellers know their spices in the same way that the nose knows its scents. It is natural that they showcase their experience in mixing spices by creating their own blends that appeal to customers.
Most often, this blend of Moroccan spices is sold in ground form – but traditionally, spice vendors sell Ras el hanout whole, or “brut”, like a handful of potpourri. In this way, cooks can choose their own spice combinations and grind different varieties of Ras el hanout for different dishes.
Each shop or company has its own unique secret mixture, but a typical Ras el Hanout contains a mixture of:
– Cardamom;
– Cloves;
– Cinnamon;
– Coriander;
– Cumin;
– Paprika;
– Nutmeg;
– grains of black pepper;
– Turmeric.

Description –
Ras el hanout is a mixture of spices and vegetable essences which, if well balanced, gives the dishes in which it is used not only spiciness but also a particular aroma.
– Among the many variations this mixture almost always contains Cardamom, Cloves, Cinnamon, Coriander, Cumin, Paprika, Nutmeg, Black Peppercorns, Turmeric but to these ingredients you can add others that, often, traders keep well secrets and kept in their recipes.
Ras el hanout can be sold in the already ground form and in this case it assumes the consistency and a color similar to Curry or in the form of the individual essences which must subsequently be ground and mixed.

Active principles –
The nutritional values ​​of Ras el hanout are linked to the percentages that are used of the individual components which, as is evident, depends very much on the starting raw materials, so there is no standard data sheet of the nutritional values ​​and substances present in this spice.
This is due not so much to the variability of the components of Ras el hanout but also for the variety of ingredients and also for the difference in characteristics, often of the spices that make it up as they also come from somewhat different cultivation systems.
It can be said that in Morocco and in many other Arab countries there are as many Ras el Hanout recipes as there are spice traders.
Obviously for the composition of the individual spices and herbs that make it up, please refer to the data sheet.

Properties and Uses –
In addition to giving the dishes a rich depth of flavor, the health benefits of using Ras el hanout can also be significant, depending on the spices used. While coriander is an excellent source of dietary fiber – 100g of seeds contain over 40g of fiber – and vitamin C, cinnamon and cardamom will give the mixture vitamin A, niacin and thiamine. The mixture can also be a good source of minerals – nutmeg is a source of potassium and magnesium – and essential oils, which are found in black pepper, cardamom, nutmeg and coriander.
Ras el hanout is not a spicy blend, but it gives a spicy and warm flavor. Cinnamon, cloves and nutmeg add sweet accents. The combination of spices lends itself well to meat or vegetable marinades or as a condiment in many dishes such as stews and tajines. Moroccans even believe that it has aphrodisiac properties.
Being a very rich blend, there are many varieties according to the tastes of the different preparers and buyers. One of the classic formulations includes: nutmeg, cinnamon, mace, anise, turmeric, pink pepper, white pepper, galangal, ginger, clove, allspice, black cardamom, green cardamom, rosebuds, lavender. Until 1990 some recipes included pulverized cantharide (cantharide is a small beetle: Lytta vesicatoria), the sale of which as a spice was prohibited in Morocco in the early 1990s.
The main feature of this spice composition is the harmony of aromas, their scent of cinnamon, rose petals and honey, light notes of caramel and their fruity flavor. A really interesting blend.
Mix Ras el hanout with softened butter or sour cream to instantly make an interesting sauce for boiled meat or vegetables, or toss it on fresh popcorn for a savory snack.
In Ras el hanout are coriander, ginger, paprika and a pinch of saffron which dominate the flavor and equal parts of both can become an acceptable substitute on their own if you do not have all the ingredients to make Ras el hanout at home.
Cinnamon powder is an acceptable substitute for ginger.
As for the use of Ras el Hanout, it is ideal as a table spice to flavor, for example, grilled lamb cutlets.
To flavor and flavor sauces, soups, stews, we recommend mixing the Ras el Hanout spice mixture in a little hot liquid before adding it to the dish. In this way it is better distributed.
If it is heated, be careful not to subject it to high temperatures. It is preferable to add it to the dish in the last 5-10 minutes of cooking. Do not burn it, otherwise it will take on a bitter taste.
The Ras el Hanout spice mix goes well with: mix of edible flowers, garlic, orange peel, pepper, onions.
It is also essential for the savory turkey pie known as billable, but it is also an excellent addition to lamb burgers and roasted chicken.

Preparations –
As far as the preparation of Ras el hanout is concerned, we report one to which, obviously, once you are familiar with it, it is possible to make variations relating to your particular tastes.
The ingredients chosen in this version are:
– 2½ tablespoons of cumin;
– 2 tablespoons of coriander;
– 1 tablespoon of ground cinnamon or 1 stick of cinnamon;
– 2 teaspoons of ground ginger;
– 2 teaspoons of black pepper;
– 1 teaspoon of turmeric;
– ½ teaspoon of cardamom;
– a good pinch of saffron (optional).
Put all the spices in a coffee grinder and grind until they are well chopped and mixed. If you don’t have a coffee grinder, grind the spices in a mortar until they become a powder. There is no need to toast the spices first.
If you prefer to toast them first, which enhances their flavor and aromas, toast the spices in a saucepan until they release their aromas.
Generally the preparation time is also less than 20 minutes.
It is recommended to keep in a sealed jar for up to six months.
If creating your own spice mixture is not your thing, you can always buy Ras el hanout online, on ethnic cuisine sites or in specialized drugstores.
As mentioned, Ras el hanout can be used in tagines, in a marinade and much more.
Or you can simply fry the meat of your choice with an onion, garlic and a little ginger. Add two tablespoons of Ras el hanout, cover the meat with water and cook for 1-2 hours or until the meat is soft.