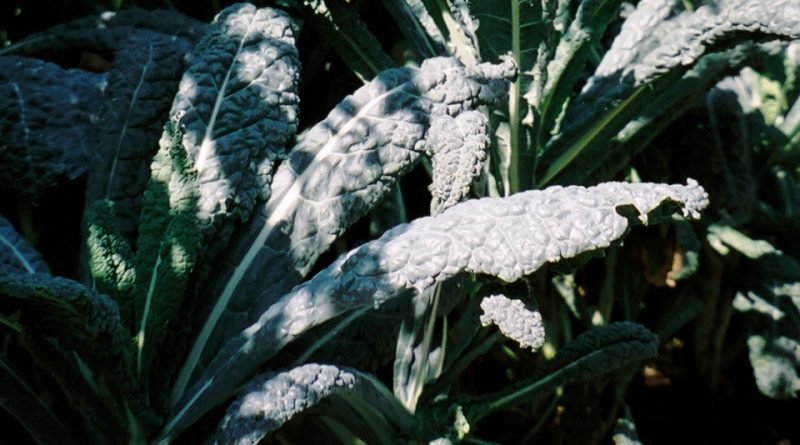 Forage cabbage or black cabbage (Brassica oleracea L. var. Acephala) is a variety of cabbage and therefore belonging to the Brassicaceae family.

Systematic –
From a systematic point of view, it belongs to the Eukaryota Domain, Plantae Kingdom, Subregion Tracheobionta, Magnoliophyta Division, Magnoliopsida Class, Capparales Order, Brassicaceae Family and therefore to the Genus Brassica, to the Species B. oleracea and to the variety B.O. acephala.
The term is synonymous:
– Brassica oleracea L. var. viridis

Etymology –
The term Brassica comes from brassica, the Latin name of the cabbage described by several authors, attested in the literature starting from Plautus (III-II century BC). The origin of this name is uncertain and has been traced back to Greek or Celtic voices, without totally convincing evidence. Several etymological texts refer to the word Βράσκη braske, according to Hesychius used by the Italics in Magna Grecia to indicate cabbage.
The specific epithet oleracea comes from ólus óleris vegetable: used as a vegetable.
The name acephala given to the variety comes from the Greek ἀκέφαλος acéphalos without head or top.

Geographical Distribution and Habitat –
The wild form from which all these subspecies of Brassica oleracea originated originates from the Atlantic coasts of Western Europe. Subsequently, especially following the colonization of the Americas and other countries, many varieties and cultivars were selected. 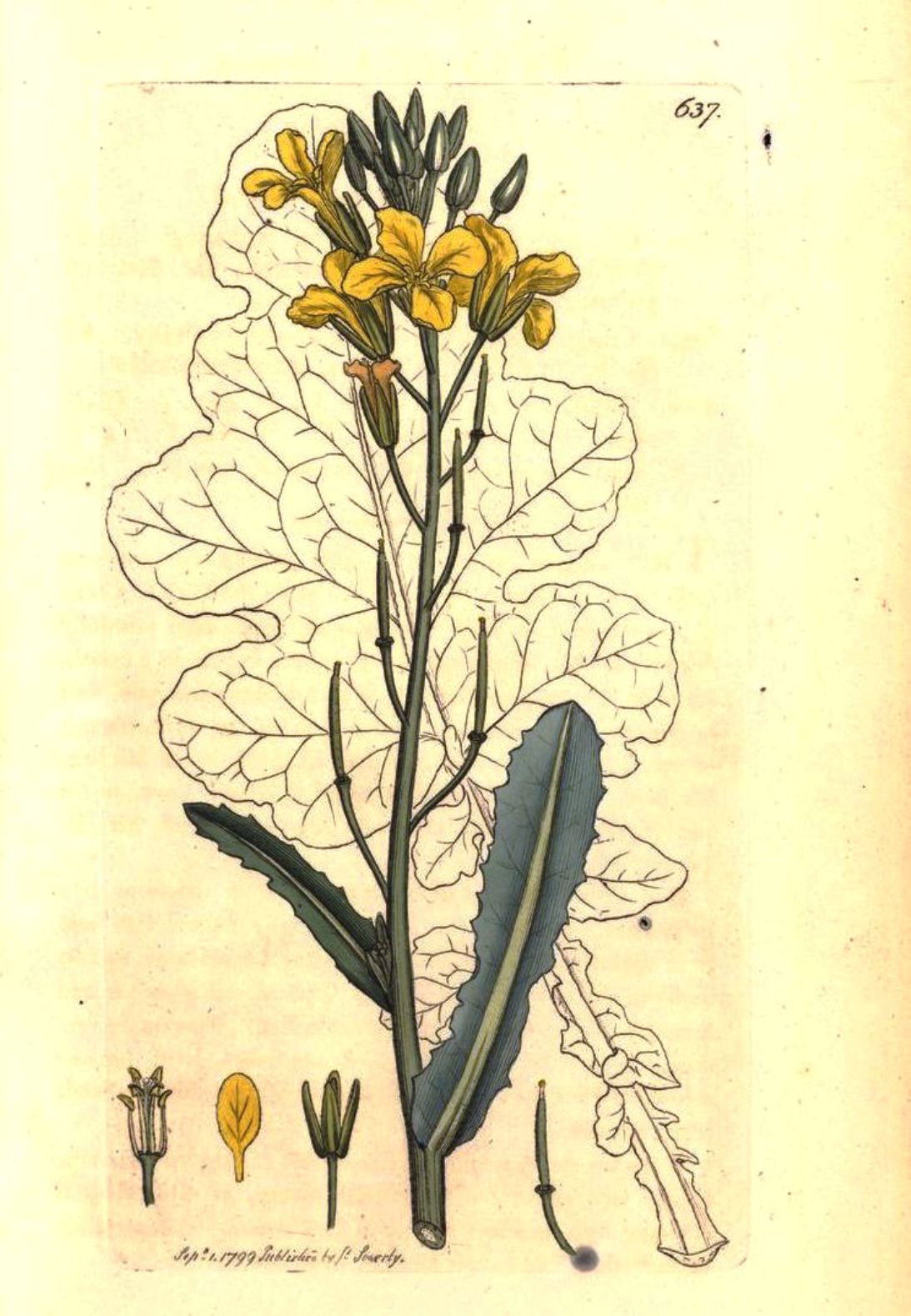 Description –
The particular peculiarities of the cultivars of the acephala group is that they lack the central head which form many other types of cabbage, a characteristic from which the name of the variety originated.
This variety has dark green leaves, lanceolate and divided, with a bullous surface.

Cultivation –
Forage cabbage is cultivated, in particular, for the nutritional value of its leaves and also for ornamental purposes in numerous areas of the world such as Portugal, northern Spain, Italy, the Balkans, the United States, Brazil, the north of India and in various areas of Africa.
This plant, depending on the climatic conditions, can behave as an annual or biennial plant.

Uses and Traditions –
Forage cabbage is used in various areas of the world as a fodder plant. In the feeding of dairy cattle, an excess of this food in the daily ration, while being very pleasing to animals and increasing their milk production, can worsen the organoleptic characteristics of the latter.
For human consumption, on the other hand, the edible part is mainly the leaves deprived of the stem, which are used for numerous preparations which in Italy include the typical ribollita, minestrone, bruschetta and risotto.
These cabbages have numerous uses in the kitchen. They are widely used in Italian cuisine, and also in European and Asian cuisine, both raw and cooked, with recipes that also change according to the variety.

Method of Preparation –
To harvest this plant, for edible purposes, the best period is characterized by very cold temperatures, in fact, according to common opinion, in the periods following the winter frosts of January and February, the leaves are less leathery and tastier. It is mainly used in Tuscan cuisine.
In Spain it is used for the preparation of the cocido, often with potatoes and various cuts of pork. In Portugal and Galicia it is the basis for the preparation of green heat.
Despite significant variations in the recipes according to the geographical areas, various dishes require the use of black cabbage, such as ribollita, bread soup, black cabbage porridge and black cabbage soup. In other cases, however, it is interchangeable with other types of cabbage.