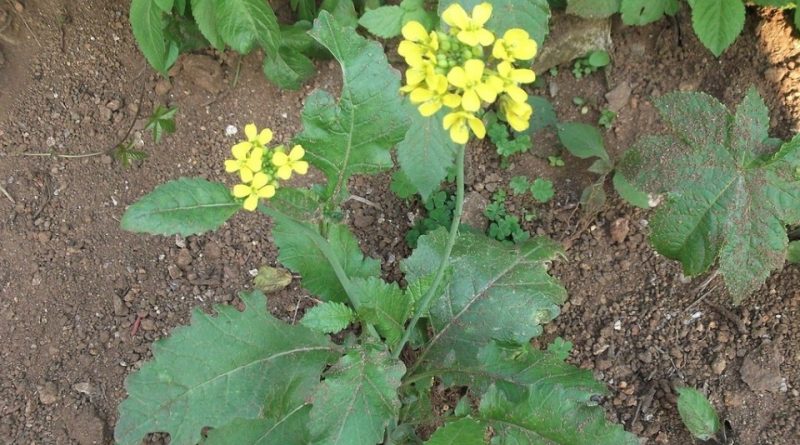 Systematic –
From a systematic point of view it belongs to the Eukaryota Domain, Plantae Kingdom, Magnoliophyta Division, Magnoliopsida Class, Capparales Order, Brassicaceae Family and therefore to the genus Brassica and to the species B. juncea.
The term is basic:
– Sinapis juncea L .;
The terms are synonymous:
– Brassica juncea Coss .;
– Raphanus junceus (L.) Crantz.

Etymology –
The term Brassica comes from brassica, the Latin name of the cabbage described by several authors, attested in the literature starting from Plautus (III-II century BC). The origin of this name is uncertain and has been traced back to Greek or Celtic voices, without totally convincing evidence. Several etymological texts refer to the word Βράσκη braske, according to Hesychius used by the Italics in Magna Grecia to indicate cabbage.
The specific epithet juncea comes from Juncus, the Latin name of the rush, from iúngo to join: for the use that is made of it to make ties: therefore similar to the rush, rushes forms.

Geographical Distribution and Habitat –
Mustard Greens is a plant native to Asia but also widespread in other continents such as Central and Southern Europe and North America.
In Italy it is found distributed in all regions, where it grows in fields and ruderal areas, generally in humid places from 0 to 500 meters above sea level. 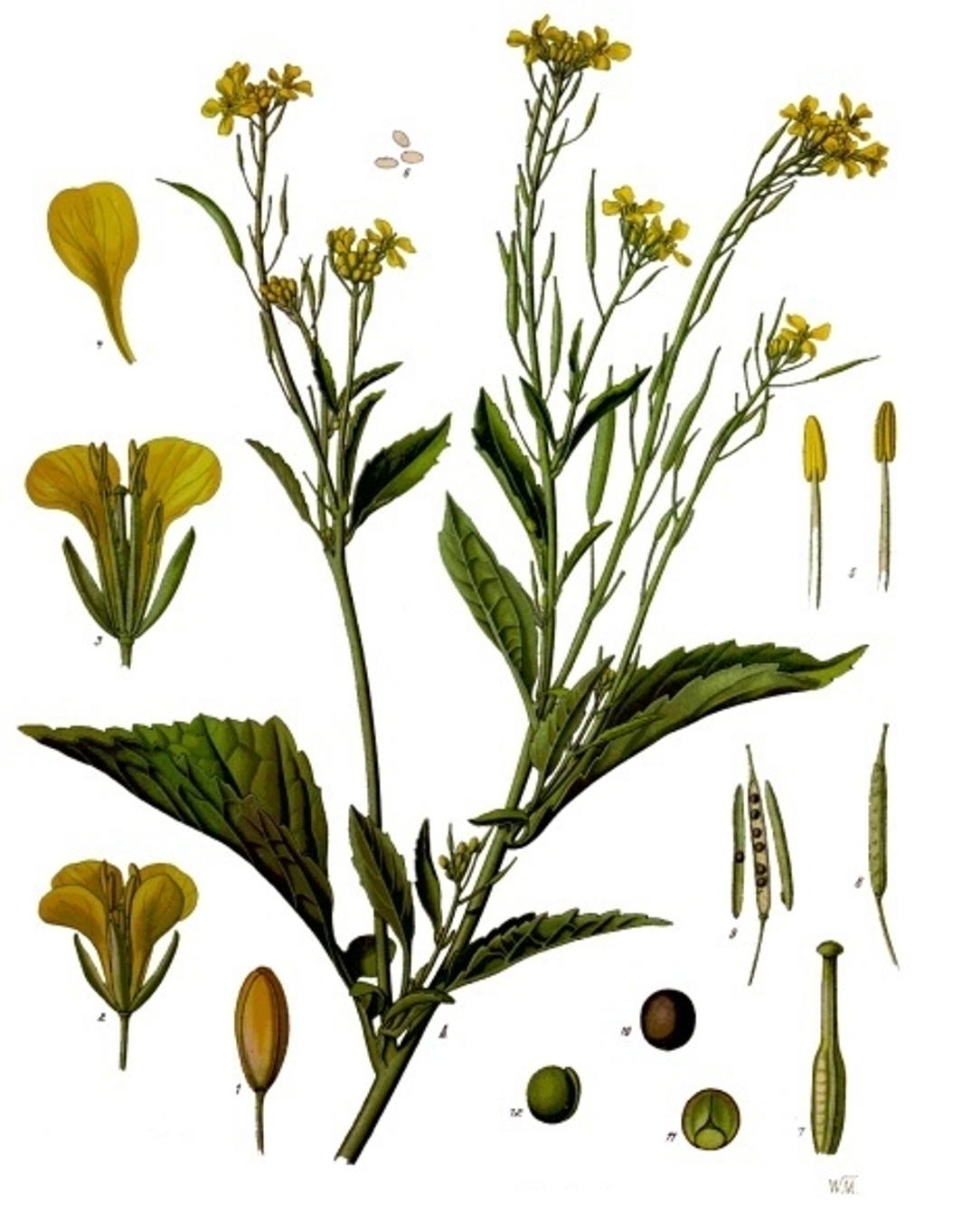 Description –
Brassica juncea is a glabrous plant or almost, with some bristles only on the branches and petioles.
It has a short, delicate and white root.
The stem develops 30 – 70 cm, robust, branchy, with alternate branches.
The lower leaves are petiolate, runcinate-pinnafite of 5–12 cm, with apical margin ovate and basal toothed to form 1 – 2 or two long petiolate couples.
The upper leaves are sessile or almost, lanceolate or linear, often whole, much smaller than the basal ones.
The flowers are gathered in inflorescences in the shape of an elongated raceme, from 6 to 9 cm, with patent erect sepals and yellow petals.
The antesis is between May and July.
The fruits are 20-60 x 2-3.5 mm silique, sessile, from erect patents to patents, with 5-10 mm asperm beak, conical, 10-12 mm carpophore.
The seeds are 6-12 in number, spherical, brown or blackish in color, 1 mm.
Externally they have a lattice formed by very thin crests that are difficult to distinguish with the naked eye.

Cultivation –
Brassica juncea is a spontaneous species that can be grown by propagating it mainly by seed.
The plant prefers moist but drained soils.
It is a plant grown not only for the production of grain but also for use as green manure.

Uses and Traditions –
Brassica juncea seeds contain an alkaloid, synapine, and a glucoside, synigrin. The leaves contain ascorbic acid.
From the seeds of this plant, black mustard is obtained, a dressing sauce with a sour and spicy flavor. In the Indian peninsula it is one of the seeds used for the production of mustard oil, with a strong and semi irritating aroma such as that of horseradish or wasabi (also known by the name of Japanese radish).
In some regions of Central Asia the leaves are eaten.
Mustard Greens has metallic properties and for this reason it is one of the species used for the removal from the soil of heavy metals such as lead, cadmium etc. At the moment its use is under study and in an experimental phase.
The essential oil of this mustard enters the production of cosmetic products.

Method of Preparation –
Brassica juncea produces, as for black mustard (Brassica nigra (L.) W.D.J. Koch, 1833), a black mustard, which is a sauce prepared with pulverized seeds of the plant.
The seeds are mixed with water, vinegar, lemon juice, wine, or other liquids, salt, and often other flavors and spices, to create a pasta or sauce of variable color towards dark brown and with a flavor ranging from sweet to spicy .