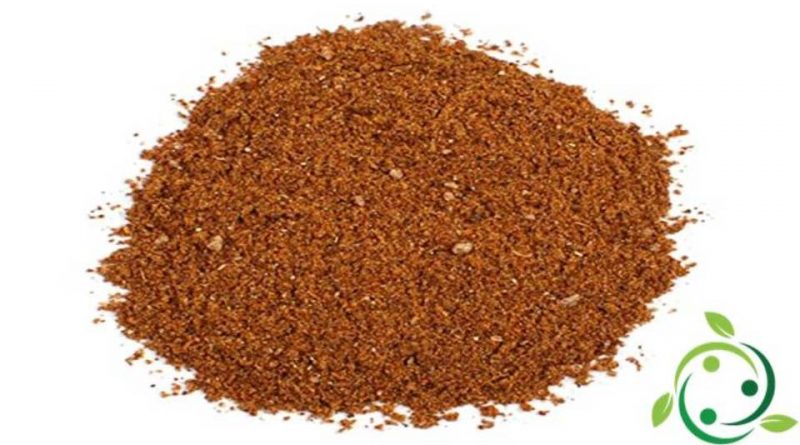 Kabsa (Arabic: كبسة, transliterated to khabsa, khabsa and kapsa) is a blend of spices originating in Saudi Arabia and used, especially in the Arab world.

Origins and History –
Kabsa, also called Baharat del Golfo because it is a mixture similar to Baharat obtained normally using: cinnamon, allspice, green cardamom, dried lemon (loomi), saffron and white pepper.
This spice mixture is characterized by a very particular aroma, partly pungent, partly floral.
It is a spice whose origin is somewhat remote and originating in Saudi Arabia, but also widely used in Qatar, Kuwait and Bahrain.
It gave its name to a traditional Saudi Arabia dish, Kabsa rice: a spiced rice with this mixture served with chicken or lamb, raisins, walnuts and tomato sauce. Film fans will remember that the aroma of Kabsa pervades the Rick ’Café in the famous film Casablanca.

Description –
The Kabsa, depending also on some small variations, both in its composition and in the processing, can be presented as a mass, more or less powdery (depending on the degree of shredding) of a color varying from ocher to red-brown, more or less intense. The spice is obtained by shredding in a mortar or with a whisk: using cinnamon, allspice, green cardamom, dried lemon (loomi), saffron and white pepper.

Active principles –
The nutritional values ​​of this spice mixture are linked to the percentages that are used of the individual components which, as is evident, depends very much on the starting raw materials, so there is no standard data sheet of the nutritional values ​​and substances present in this spice.
This is due not so much to the variability of the components, which in the Kabsa mixture are used in somewhat standard percentages, but for the variety of the ingredients and also for the difference in characteristics, often of the spices that make it up as they also come from cultivation systems somewhat different.
Obviously for the composition of the individual spices, please refer to the data sheet.

Properties and Uses –
Kabsa, which in Arabic is written كبسة, transliterated to khabsa, khabsa and kapsa is, as mentioned, a mixture of spices from Saudi Arabia and used also in other Middle Eastern countries, which includes cinnamon, allspice, green cardamom , lemon, saffron and white or black pepper, as well as other optional spices such as nutmeg and bay leaf.
This mixture is mainly used together with meat and vegetables, also named after kabsa rice, the national dish of Saudi Arabia, based on rice accompanied by various types of meat (usually chicken) or even fish.
This spice blend, used on vegetable dishes, is suitable for vegetarian and vegan diets.

Preparations –
Kabsa can be found in specialized spice or ethnic products stores but it can also be easily prepared at home, ensuring, among other things, a greater fragrance.
The ingredients that can normally be prepared are the following:
– 1/2 teaspoon of cinnamon;
– 1/2 teaspoon of allspice;
– 1/4 teaspoon green cardamom;
– 1/2 tablespoons of dried lemon (loomi);
– 1/2 teaspoon of saffron;
– 1/4 of white pepper.
To prepare the mixture, just mix the individual components, if already in powder or, if there are some components in grains or in coarser pieces, it is advisable to first grind the individual ingredients and then mix them in a perfectly homogeneous way.
This mixture can be used to coat the meat before cooking it on the grill, to make a moist marinade, adding lemon juice, or adding it to the vegetables to be stewed. The mixture is essential to prepare the homonymous Saudi national dish Kabsa which is chicken cooked with the mixture of spices, tomatoes, onions and rice.