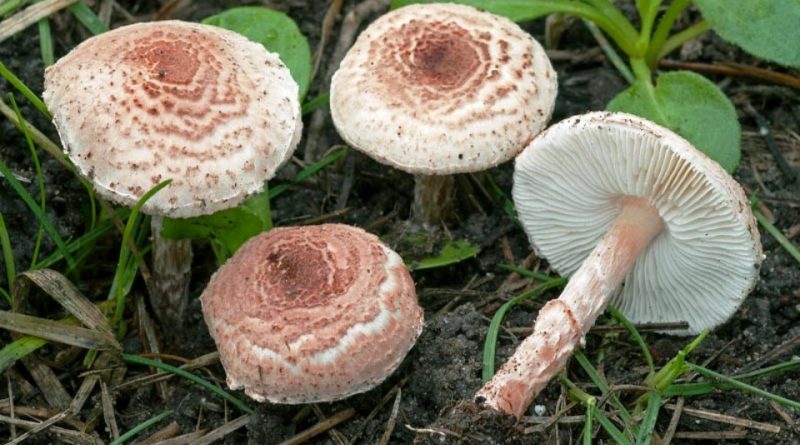 Etymology –
The term Lepiota comes from the Greek λεπίϛ λεπίδοϛ lepís lepídos squama and from οὖς, ωτόϛ oús, otós ear (hat): mushroom with scaly hat.
The specific subincarnate epithet comes from the sub-almost prefix, similar to, less than, and from incarnatus (see): of a color vulgar to flesh or similar to the congener species having incarnatus, a, um.

Geographical Distribution and Habitat –
Lepiota subincarnata is a mushroom known to contain amatoxins and the consumption of this mushroom can be potentially lethal. It is found in Asia, Europe and North America.
The habitat of this mushroom is that of parks, gardens, grassy places such as flower beds and hedges, under conifers and broad-leaved trees, where it can be found in the summer-late autumn period. 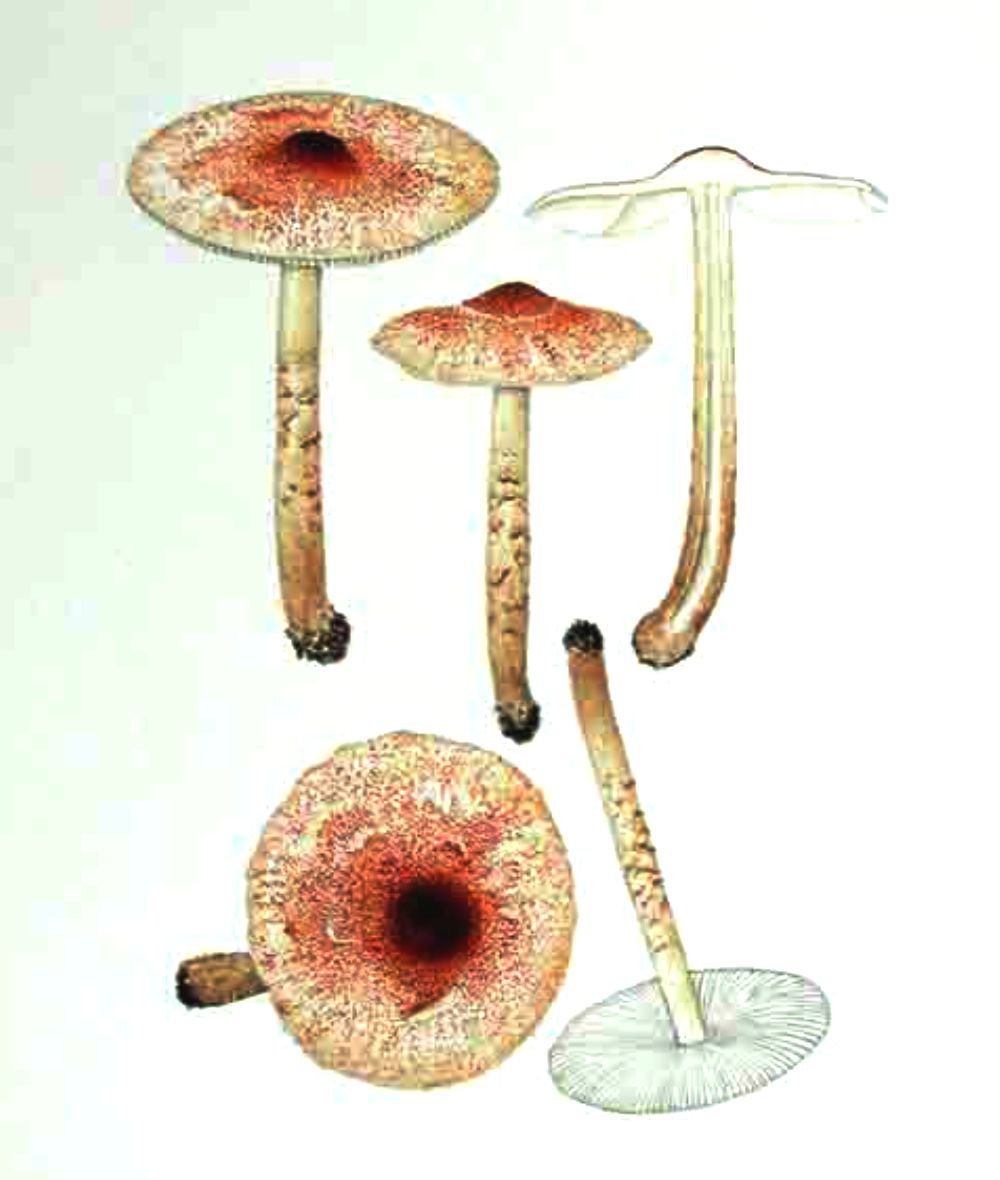 Recognition –
The subincarnated Lepiota can be recognized by its expanded cap up to 40-60 mm, very fragile, convex, soon extended, with a small obtuse umbo, surface dissociated in scales on a whitish background, more thickened in the center, sinuous margin sometimes engraved.
The lamellae are free, not very dense, whitish then with pink tones when ripe.
The stem is 40-60 x 3-5 mm tall, slender or stocky, yielding, sub-color to the hat under the ring area, covered with light floccosity or pinkish scales.
The stem is decorated with scaly scales, white with a slightly pink tinge at the apex, concolor with the rest of the cap, brown in old age; light, fruity smell.
The meat is whitish in color, pink in the stem, fruity and sweetish smell reminiscent of that of almond paste, mushroom flavor. Sporata white.
Pile-colored ocher-pink, the latter more evident in young mushrooms; the cuticle is torn into flakes close to the center which thin out towards the margin, whitish background.

Cultivation –
The subincarnated Lepiota, due to its toxicity, is not a cultivated mushroom.

Uses and Traditions –
This species described for the first time scientifically by the Danish mycologist Jakob Emanuel Lange in 1940, Bon and Boiffard later described Lepiota josserandii in 1974, which turned out to be the same species.
It is a toxic mushroom with phalloid syndrome.
Poisoning due to this syndrome occurs with a latency ranging from 7 to 24-30 hours (when not ingested in admixture with other species).
The main symptoms are:
– 1st phase, gastrointestinal disorders (nausea, food then bilious vomiting, choleriform diarrhea), dehydration with consequent hypotension, intense thirst, abdominal pain;
– II ° phase, apparent improvement;
– III phase, acute liver failure and the appearance of jaundice, coagulopathy, sometimes severe dehydration with functional renal failure, sleepiness, coma and possible death. In any case, as a consequence of acute liver failure, the liver may be irreversibly compromised, until a transplant is needed.

Preparation method –
The Lepiota subincarnated for its toxicity is a mushroom, obviously, not to be collected and therefore not intended for any preparation.