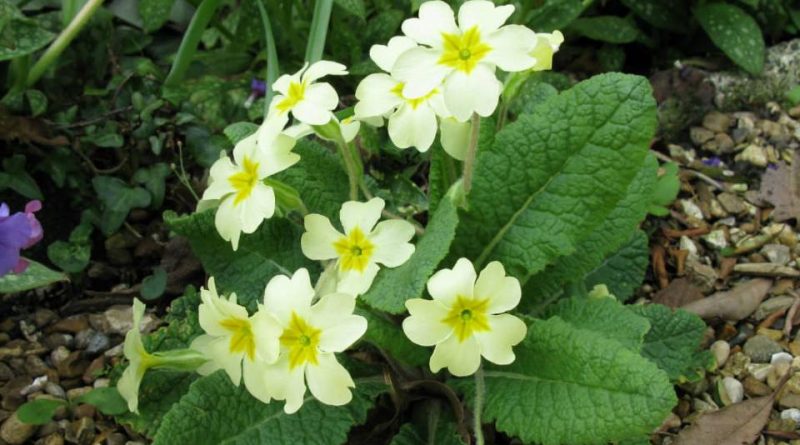 The common primrose (Primula vulgaris, Huds., 1762) is a herbaceous species belonging to the family of Primulaceae.

Etymology –
The term Primula is the diminutive of primus prime, due to its early flowering, being among the first species to bloom.
The specific epithet vulgaris comes from vúlgus volgo: very common, ordinary due to its large diffusion, banal.

Geographical Distribution and Habitat –
The common primrose is a plant found in almost all temperate areas of Eurasia; it is also partially present in northern Africa.
In Italy it is a rather common species except in Sardinia.
Its habitat is that of grassy / wooded places such as broad-leaved woods (beech, oak and carpinetes) and lean meadows but always in areas with partial shade or even along the streams and preferably grows on both limestone and siliceous substrate, with pH neutral and medium nutritional values ​​of the medium moist soil.
It grows from sea level up to 1200 m a.s.l .; as it is also a very rustic plant, it tolerates frosts quite well, therefore it can go up to higher altitudes up to 2000 m a.s.l. (survey on the Gran Sasso), while in the South of Italy it is easier to find it on the reliefs. 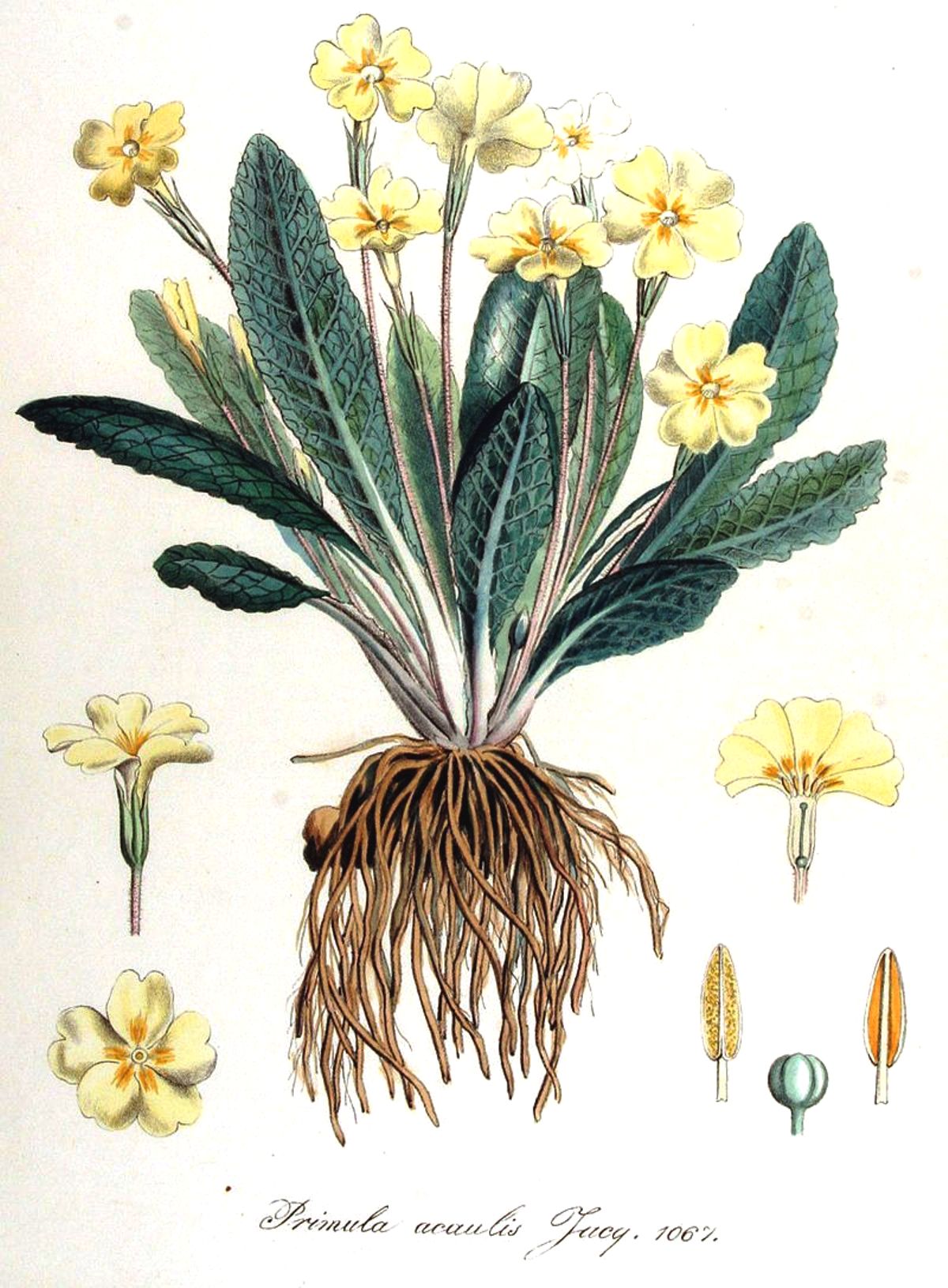 Description –
The common primrose is a perennial, hairy plant, with dimensions of 8-15 cm in height.
The stem is practically zero.
The leaves are all collected in a basal rosette, oblong spatulate, progressively narrowed at the base, rounded at the apex, with a wrinkled lamina, irregular margins.
The flowers are without a common skin, carried by 4-7 cm peduncles, inserted directly on the rosette, with a tube calyx, yellowish or almost white corolla with a darker yellow or orange spot at the base.
The plant blooms, among the first, in early spring.
The fruits are ovate capsules of about 7-10 mm, longitudinally dehiscent for 5 teeth, containing numerous seeds, irregular in shape and size with serrated edge, carunculated, of 1.5-2 x 1-1.5 mm, cob warty surface , slimy, shiny, brownish.

Cultivation –
Primrose is generally obtained by sowing, and requires fresh and ventilated environments; however the conditions may also vary, depending on the cultivar and the development period. It needs high luminous intensity to favor earlier flowering and a greater number of leaves and flower buds.
It also grows well on substrates with good drainage, effective buffer power and exchange capacity, so that sudden excesses or nutritional deficiencies do not occur.
The pH must fluctuate between 5.5 and 6.0.
It does not require particular irrigation systems and takes advantage of nitrogen fertilizers to be made, preferably, with organic fertilizers at the end of winter.

Uses and Traditions –
The common primrose is also called by the names spring and owl eye.
This plant contains various essential oils together with flavonoids, carotenoids and saponin. The roots contain sugars.
Due to its content in various active ingredients, it has some healing properties: antispasmodic (reduces muscle spasms, and also relaxes the nervous system), calming (acts on the nervous system by decreasing irritability and promoting sleep), diuretics (facilitates the release of the ‘urine), laxatives (has purgative properties), pectoral and sweat (facilitates perspiration and promotes sweating). In the past it was used more widely against migraine and rheumatism. But indiscriminate use can cause skin irritation.
The used parts of this plant, for various purposes, are: flowers, leaves and rhizome.
As well as for therapeutic purposes, the primrose finds a lot of interest in gardening. In fact, Primroses share two very important properties: they are rustic, easy to plant and very decorative. The florists then ventured to create a very large number of cultivars (especially from subsp. Sibthorpii or hybrids among the various subspecies) by varying the coloration of the petals, the size of the flower, the beauty of the leaves, but also the number of petals or the its design (fimbriato, curled, wavy, jagged, etc.).
In addition, the common primrose is also used in the kitchen.
In England the “Primula” is the political symbol of the Conservative Party (“Primrose league”) wanted in 1884 by Lord Randolph Churchill.

Preparation method –
Of the common primrose, young and tender leaves are used to be used, together with other herbs, raw in salads, or boiled in soups, risotto, omelettes. Flowers are used as an edible decoration in salads and other dishes.
In some areas with flowers, jam is used, while the rhizome can be used to flavor beer.
The leaves and flowers treated like tea and can be used for drinks.
It is recommended to collect it in the period between February and May.