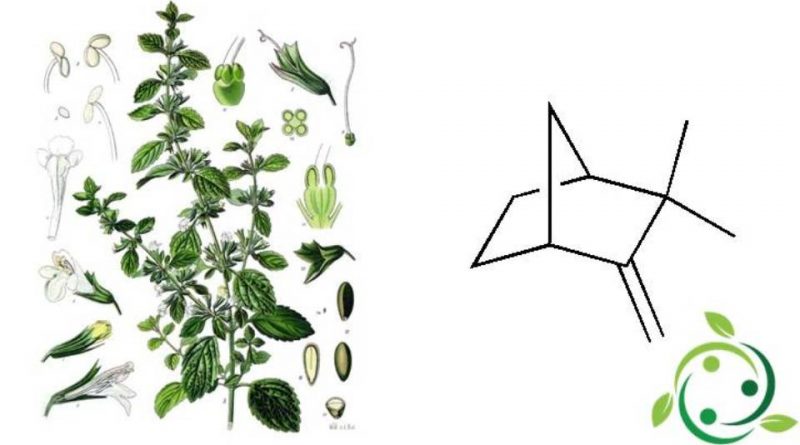 The camphene, whose term in the official IUPAC nomenclature is: 2,2-dimethyl-3-methylene-bicycle [2.2.1] heptane is a compound belonging to the terpenes family (bicyclic monoterpene) and having a brute or molecular formula: C10H16.
From the point of view of physical properties it is almost insoluble in water, but highly soluble in common organic solvents; it also volatilizes easily at room temperature and has a pungent odor.
Camphene is a molecule very widespread in nature, generally in low quantities, in the essential oils of many plants.
The plants that produce this substance are numerous and among these we remember: the Kaempferia rotunda, the Kaempferia angustifolia or the most well-known officinales Savory (Satureja L., 1753) and Rosemary (Rosmarinus officinalis, L., 1753).

Camphene therefore falls as a minor constituent of many essential oils such as turpentine, cypress oil, camphor oil, lemongrass oil, neroli, ginger oil, and valerian.
In addition, camphene is used in the preparation of perfumes and as a food additive. In the mid-nineteenth century it was also used as a fuel for oil lamps, but its use was reduced due to its high flammability.
Industrially it is produced, as an intermediate for the preparation of camphor, starting from its pinene isomers that make up the spirits of the resin of the Conifers.