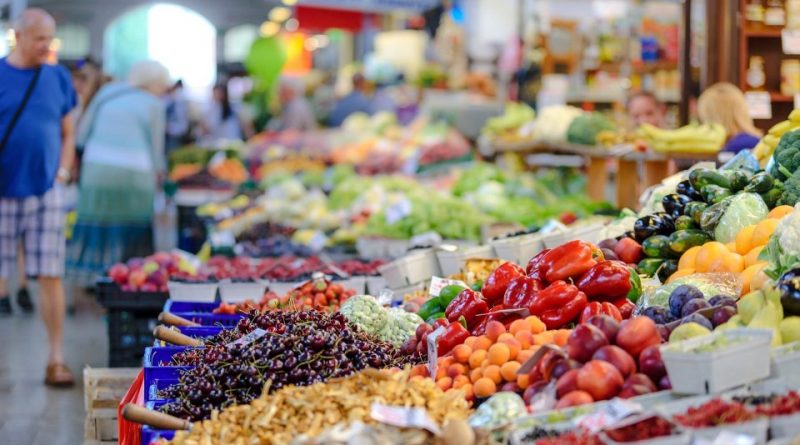 The short chain, which is increasingly being talked about, is a production organization characterized by a limited and limited number of steps and, in particular, of commercial intermediation, which can also lead to direct contact between the producer and the consumer.
The main objective of this supply chain is to contain and reduce the consumption costs of the products. The short supply chain is also the model which the Solidarity Purchasing Groups are inspired by in order to recognize a fairer price for producers.
The short chain is spreading mainly in agriculture, especially for those products that do not require transformation processes.

Energy expenditure and short supply chain –
The short supply chain not only decreases the steps, with an evident improvement in the energy efficiency of the entire process. In this regard, it should be remembered that in thermodynamics the yield of a process is not the average of the individual yields but the multiplication. For example: if three processes have a yield of 0.60 – 0.70 and 0.50, the final yield will not be 0.60 but 0.21 (which is much less than 0.60). This thing so well known to physics is skilfully (or out of ignorance) underestimated by the modern production systems which, often, sees in the short chain only a purely holistic and sentimental factor.
In addition to this disarming simplicity factor, research has shown that, in the case of long supply chains, the greatest impact is clearly due to road transport for long journeys.
For example, emissions from Sicily to Lombardy would amount to over 237kg CO2 / t. In this type of supply chain, rail transport would be preferable, as it would allow a reduction of total emissions of 40% (always for the same law of efficiency). However, even the local distribution system, once arrived at its destination, has an impact that can become significant. For example, if a large number of consumers decide to use the private car for shopping at an average distance of only 500 m (thus moving a large number of cars), this would affect 7% of the total emissions of the whole long chain. The choice of the consumer to use alternative means to the car for the purchase of products therefore also becomes important.
The choice of a short chain model, which provides for the delivery of agricultural products within the same region, would have an important impact in reducing emissions. However, even in this case the optimization of the transport and distribution system becomes relevant.
A working group (CRA-NUT) estimated that emissions would be cut by more than 80% compared to the “long chain” model in an optimized and non-fragmented system, while the reduction, although still existing, would be limited to 25% compared to the long chain in the event that each individual producer organizes the transportation of their goods in small vans from rural to metropolitan areas, thus moving a large number of means of transport.

Agri-food health and short supply chain –
The healthiness of food has become, especially in recent years, a topic of global interest.
This interest was born above all in the understanding that the modern food system risks conferring poorer quality agri-food products due to long transport, the presence of preservatives and other technological devices which, in the end, deliver to the final consumers some fresh, less rich foods. vitamins and other active ingredients and therefore very far from the standards possessed by freshly harvested or processed products.
Globally, the body that has been most involved in food safety is FAO, jointly with the WHO. In 1963 the two organizations created the Codex Alimentarius, a program created to develop standards and guidelines aimed at protecting consumer health.
In Europe, the concept of food safety has become a priority in more recent times. In presenting the White Paper on Food Safety, commissioned by the Commission in 2000, European Commissioner for Health and Consumer Protection David Byrne said that “food safety is an intrinsic part of its quality”.
Since then important steps have been taken but there is still a long way to go. We must increasingly see food not only as a “fuel” to be swallowed but as a vector of information transmitted from nature to humanity.
In this sense, the concept of agroecology takes on a more harmonious dimension, that is, of that production system, synchronous with the ecosystem, from which healthy foods are obtained, matured during the season, in conditions of biodiversity and the absence of synthetic chemistry and in which the mutual presence of multiple species, varieties and breeds contributes to the creation of more information-rich products.
Plants and animals, in their coexistence, exchange biochemical, electromagnetic and various types of information which, the more complete the ecosystem, contribute to the creation of foods that are healthier and “richer” the closer we get to ecosystem perfection .
In this sense, the modern agri-food chain still has to go a long way and not without difficulties and resistance.

Conclusions –
We are facing a great process of change that involves us all. From the simple citizen to the most complex political systems.
To envision this change of paradigm, the imagination of nutrition must be completely modified.
A new awareness is needed. We must now move from simple culture to the culture of food. A cultured food must be produced in a few words.
We need to understand how the concept of “cultured, freshly picked and eaten immediately” becomes one of the fundamental prerequisites for transforming the whole process. A process that must be the maximum expression of immediacy, freshness, naturalness.
Therefore food (and its supply chain) cultured, not only in the sense of cultivated but precisely educated.
A cultured food is a food consumed with awareness. Awareness of each simple step: from what food information means to how this information must be maintained, as unaltered as possible, during the supply chain and the process.
Ultimately, we can say that, the wisdom and freedom of the future of our generations passes from the ability to bring to the table that knowledge that nature already has in itself.