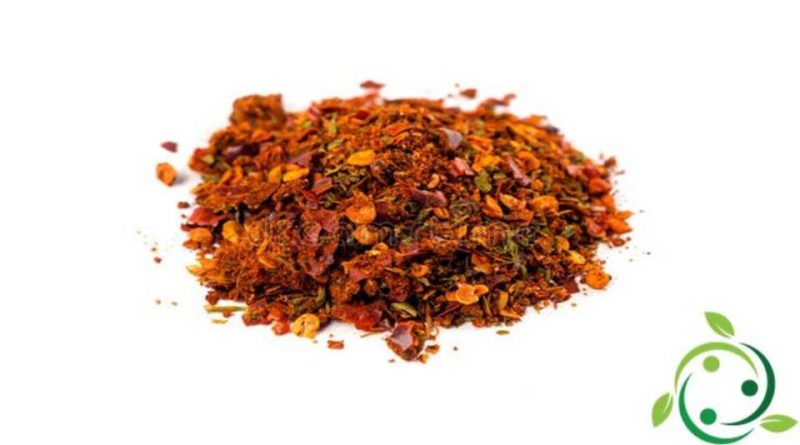 Cajun is a spicy spice obtained from a pulverized mixture of some essences and typical of the United States.

Origins and History –
The term Cajun originates from a long and troubled history and begins in the early seventeenth century, when Cardinal Richelieu sends poor farmers from Poitou to Acadia, in northern Canada.
Their mission was to colonize the vast territory owned by the king of France, where only hunters and woodcutters live.
Upon arrival, the settlers (a hundred families) organize themselves around the fort of Port-Royal: here the land is generous and easy to grow, so the community thrives and expands.
The rapid success, however, arouses the jealousies of the British who do not welcome the rich Catholic community.
Thus, in 1710 they conquered Port-Royal and, in 1713, the now invaded Acadia became Nova Scotia.
Initially tolerated as “neutral French”, Acadians were later forced to swear allegiance to the British crown and convert to Protestantism, although many refused.
Thus follows a hard crackdown orchestrated by Commander Charles Lawrence. Expelled from their farms, more than 10,000 Acadians were forced to embark on makeshift boats, while their villages were burned (to discourage any return ambitions).
The travel conditions were terrible: most of them died before reaching another of the French colonies in America. This vast operation of ethnic eradication has marked the Acadians forever, and founded the myth of Acadia as a promised land and paradise lost forever.
In 1763, France, defeated, must definitively renounce its territories in Canada and the Acadians are now refugees seeking asylum in France and America.
French Louisiana thus sees more than 1,500 acadians landing in the Mississippi delta, crammed on ships in poor condition.
Melting pot, New Orleans welcomes the new arrivals who, even poorer than the first exiled farmers, form a small and united community that they initially call Acadie, then Cadien and finally “Cajun”.
Minority among minorities, they fit well in Louisiana, where they share a love of music and fun with the black population.
However, their vicissitudes were not yet over. In 1803 Napoleon sold Louisiana to the Americans.
The Cajuns feel abandoned and, little by little, due to shyness and lack of interlocutors, they cease to express themselves in French. The coup de grace is in 1916, when the use of their language is prohibited: the repression is such that a Cajun farmer can only hope to work if he speaks English. This until 1950, when the Frenchman was reborn from his ashes thanks to Dudley Leblanc, a wealthy merchant who decided to celebrate the bicentenary of the “Grand Dérangement”, making the anniversary a day of “French” celebration and pride.
The term Cajun was thus born from “les Acadians”, used to describe the French colonists who settled in the Acadia region of Canada, made up of New Brunswick, Prince Edward Island and Nova Scotia. With the British conquest of Acadia in the early 1700s, many Acadians fled to the swampy region of Louisiana, now known as the Acadiana. Cajun cuisine was born there, between local tradition and typical ingredients of this area.
The term Cajun is however used to define the language, uses, music and gastronomy typical of the French colonies in the southern United States, particularly in Louisiana. The cuisine of New Orleans called Cajun-Creola have long lists of ingredients. but the peculiarity of this cuisine is their abomination towards waste, in fact the apparently useless scraps are put in place: the Calas Rice will come from the advanced rice tomorrow, from the stale bread a pudding, the scraps of vegetables and meat will find their meaning in the dish of the following day, gumbo or jambalaya. Always with the addition of spices to give new flavor to the dish.
Not only spices but the whole kitchen is the ancient heritage of those peoples who settled in the New Orleans area. This city has always welcomed people of different origins but the first to settle permanently were the French. The nobles who left France to seek adventure in the New World brought with them the gastronomic style of their country and being rich aristocrats they accompanied their cooks. These French took the name of Creole, and created the noblesse of New Orleans. Their descendants still inhabit the French Quarter today.
The Cajun blend was invented, therefore, almost four centuries ago and, today, owes its fame to the famous chef Monsieur Paul Prudhomme, chef of Cajun origin and famous for his Cadienne cuisine.
Cajun is a mixture of spices made up of black and white pepper, three types of chilli pepper (cayenne, ancho, birdeyes), oregano, thyme, onion, garlic.
It is therefore a mixture of spicy spices, typical of the United States, born from different culinary cultures, and today extremely widespread in North America.
This spicy and very tasty mixture enriches roasted, fried and grilled meat dishes.
Cajun food is famous, therefore, for being very tasty, precisely for the use of a mixture of spices, in which the spicy is given by cayenne pepper.
Most of the dishes are based on a mix of vegetables, similar to the French mirepoix, called “The holy trinity of the Cajun cuisine”: onion, celery, green pepper, diced and sautéed. Garlic, paprika, thyme, filé (ground sassafras leaves), parsley and green onions are other very common ingredients of this type of culinary tradition.
An authentic Cajun meal is usually made up of a main dish of meat or fish, steamed rice and vegetables, all flavored with the spice mix.

Active principles –
As is evident, the percentage of the various components of Cajun depends a lot on the starting raw materials, so there is no standard form of the nutritional values ​​and substances present in this spice.
This is due not so much to the variability of the components, which in Cajun are used in somewhat standard percentages, but for the variety of the ingredients and also for the difference in characteristics, often of the spices that make it up as they also come from somewhat different cultivation systems .
Obviously for the composition of the individual spices, refer to the data sheet.

Properties and Uses –
The Cajun blend is a highly appreciated mix but it is also the cultural consequence of the vicissitudes of a people who had learned to make a virtue of necessity.
The basic principle is simple: the prepared dishes are also the result of the remnants of the previous day, expertly elaborated and flavored with a mixture of spices. Exactly the Cajun.
Given their vicissitudes, the Cajun have learned well to tame the environment, even in their dishes.
In Cajun cookbooks we find tips for cooking armadillos, crocodiles, muskrats. Synthesis between French, Spanish and Caribbean gastronomic traditions, all adapted to local products: rice, crustaceans, molluscs.
This Creole cuisine is the pride of the Cajuns, and the joy of those who taste it.
Among the specialties prepared with Cajun we mention:
– The po-boy (or poor boy, that is the food of the “poor boy”): sandwich made with a bread very similar to the baguette topped with fish, meat, oysters or lobsters.
– Gumbo: thick soup, very similar to a ragù, made of vegetables, okra (African plant), shrimp and spices. In winter the fish is replaced with chicken.
– Jambalaya: a kind of Creole paella.
However, Cajun is by far the easiest blend to use: the blend of kitchen rookies par excellence.
Although traditionally it is intended for cooking shellfish, it can be used in all dishes: fish, meat, vegetables, pasta, sauces, potatoes, legumes and with any type of cooking (grilled, marinades, broths): just distribute them anywhere.
To prepare a sweet dish, the spice must be added at the beginning of cooking, for a tastier dish, at the end.
But you can also try raw on salads.

Preparations –
The characteristics of Cajun can vary according to the taste and the degree of spiciness you like.
The cajun mixture can be purchased, however, already ready in sachets or it can be prepared at home by choosing the spices to be used and grinding them when needed. It is then kept in an airtight container ready to always have it at hand.
To prepare this mixture, the following species must be used according to the proportions that are normally indicated:
2 and a half teaspoons of sweet paprika, 1 teaspoon of onion powder, 1 teaspoon of cayenne pepper, 2 teaspoons of garlic, 1 teaspoon of white pepper, 1 teaspoon of black pepper, 1 teaspoon of thyme, 1 teaspoon of oregano and, finally, 2 tablespoons of salt.
For the preparation, mix the salt, garlic powder, paprika, chilli pepper, onion, cayenne pepper, oregano, thyme and chilli pepper together to obtain a homogeneous mixture. It is recommended to keep this mixture in an airtight container.
For its use, cajun is used by massaging the selected meat or fish which are then left to marinate in the refrigerator before cooking, usually on the barbecue or as a post-cooking seasoning. One of the most famous dishes of the Cajun cuisine is the “blackened fish” which involves cooking the fish in butter until browning it reaches a dark hazel color and a taste of toasted spices.
The dishes that can be prepared based on Cajun are innumerable; the general rule is that if you want a sweeter dish the spice must be added before cooking and for spicier dishes the spice must be added to the last one or directly on ingredients that will not be cooked.