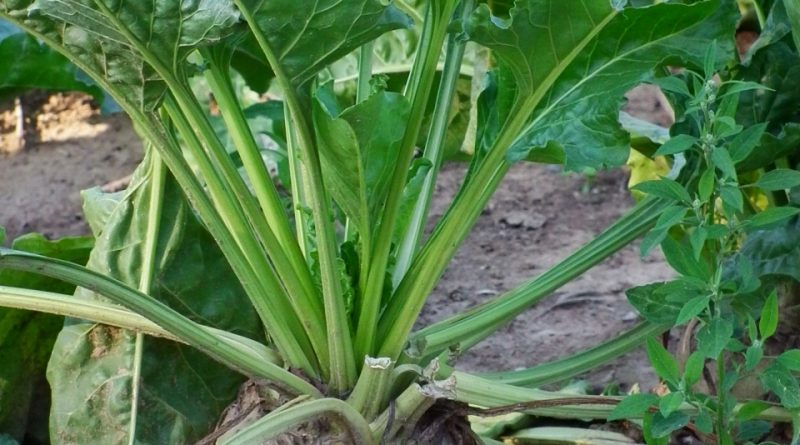 The Beet (Beta vulgaris L. Ssp vulgaris) is a herbaceous species belonging to the Chenopodiaceae family.

Geographical Distribution and Habitat –
The Beet is a plant native to the Mediterranean and later to Asia Minor as a secondary center of origin of the cultivated beet, where the cultivated forms were selected from wild forms present along the Mediterranean coasts and then spread from Babylon (from VIII century BC) up to the Far East.
From here it has spread over the centuries, almost everywhere in the world. 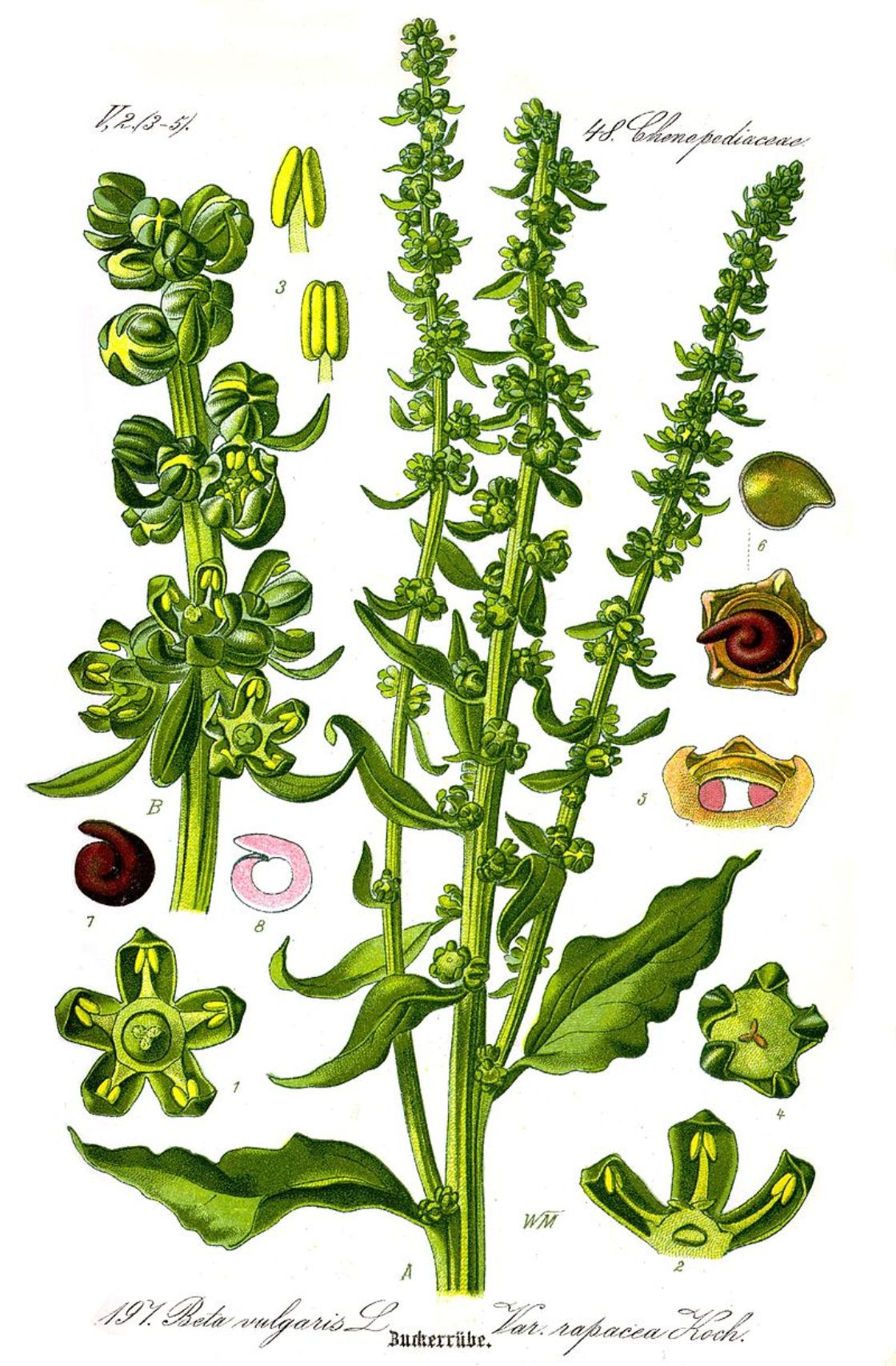 Description –
Beta vulgaris L. Ssp vulgaris is a biennial plant.
The root rosette develops into large leaves with well advanced leaf stem and pulpy and thickened root.
The leaves are of an intense green color, with different shades, or reddish, juicy, rather large, heart-shaped with a twisted, smooth or wavy top.
The enlarged part of the root can differ in shape, size and color (white, yellow, pink, orange) depending also on the different cultivars.
The weight of the root fluctuates between 460-2300 g.
Peduncular stems are formed in the second year and are thick, branchy, up to 150 cm high.
The flowers are androgynous, small, cross-pollinated, collected from 2-6 in the axil of the floral leaves.
Flowering period is June-August.
Peduncular shoots with inflorescences can be considered dizzying racemes.
The compound fruit is a cathode, formed by the fruiting perianzes that have grown, become succulent, firmly united with each other, with a lenticular seed, of brown red color, of 2-3 mm.

Cultivation –
Beet is a plant with moderate need for heat and soil fertility. The seeds germinate with a temperature of 2-5 ° C, the sprouts appear at a temperature of 12-15 ° C. The sprouts also tolerate short frosts up to minus 3-4 ° C.
The optimal growth temperature is around 15-20 ° C.
This plant prefers loose soils, rich in organic substances, with a pH of not less than 6-7.
Requires lighting and moisture, especially during germination and subsequent development.
It also exhibits significant salt resistance and promotes desalination of the soil.
The growing season varies between 120 and 145 days.
The productivity of the crops for the roots is between 40-60 in dry crops up to 250 quintals in irrigated crops but it is possible to reach even much higher yields.

Uses and Traditions –
The beet has a long history of cultivation that dates back to the second millennium BC, with the cultivated forms that were selected starting from the wild ones present along the Mediterranean coasts.
From here they spread from Babylon to the Far East. Aristotle and Theophrastus mention beets grown for the production of edible leaves.
Over time, beetroot has assumed considerable commercial importance in Europe since the mid-nineteenth century, especially following the extensive cultivation of sugar beet in Germany, which provided an alternative to tropical sugar cane.
Today there are several cultivars, some cultivated for the leaves, others for the edible roots from cooked, others still for the production of sugar.
The roots of this plant contain 75-85% of water, 6-12% of sugars, 3.1% of proteins, 0.3-0.7% of fats, 1.6% of cellulose. , 8-12% of water-soluble dry substances, as well as various vitamins.
This plant represents an excellent forage for dairy cattle and pigs.

Preparation method –
Both the roots and the leaves of this plant can be consumed in various forms, both cooked and raw.