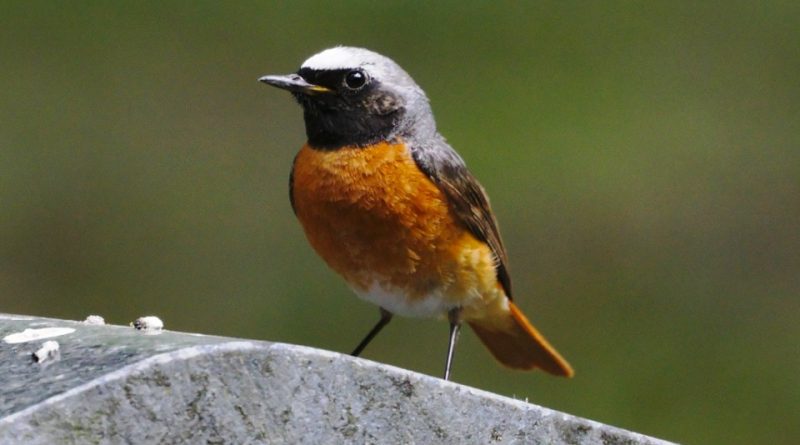 The Common redstart (Phoenicurus phoenicurus Linnaeus, 1758) is a small passerine bird belonging to the Muscicapidae family.

Geographical Distribution and Habitat –
The Common redstart is a bird that nests in much of Europe and winters in the tropical countries of the Red Sea up to the African lakes.
In Italy it is present from spring to summer but is rarer on the islands. It is the male who arrives first in early April, often a few days before the female.
Its habitat is that of woods and public parks, especially where plants with many cavities exist, with an altimetric presence from the valley floor up to 1500 meters above sea level. 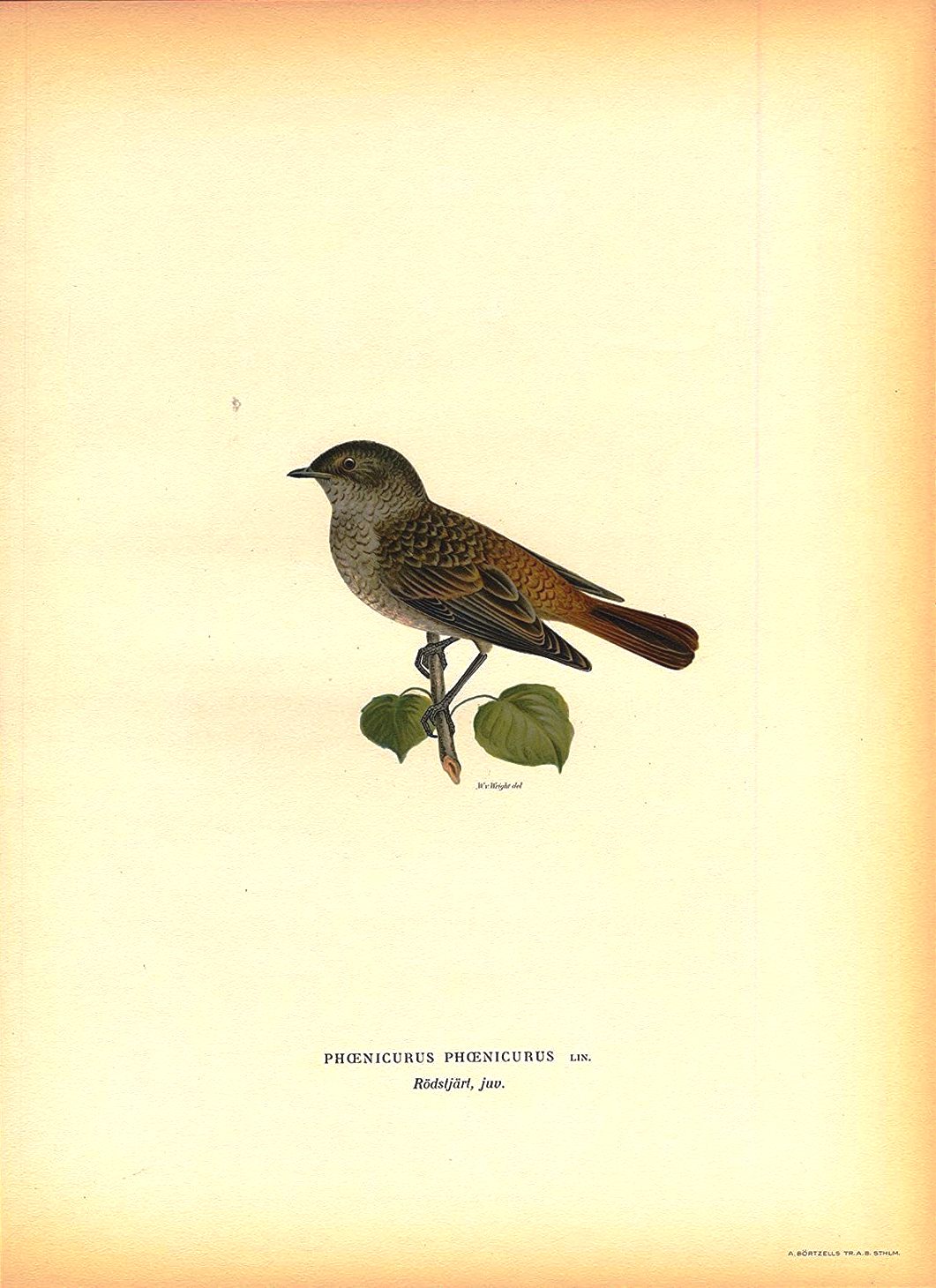 Description –
Phoenicurus phoenicurus is recognized for having a length of about 14 cm, for a wingspan ranging between 20 and 24 cm.
There is a sexual dimorphism, so much so that the male has a slate gray plumage with orange-reddish lower parts and rump and a black head with a white forehead. The legs are black. In autumn and winter the colors fade and there is a white collar under the gray throat.
The female, on the other hand, has a brown back with a fawn breast. The rump is reddish as in the male.
The redstart is recognized by the characteristic call which is a persistent and often repeated tic, being a territorial animal, the male often places himself in the same place. The singing is instead short and melodious and begins with a sree sree snare.

Biology –
The Common redstart is a monogamous animal, which builds a nest in the hollow of amphora-shaped trees; or it can also nest in the cavities of the stone walls or even on the wooden beams of the attics. The construction of the nest is performed exclusively by the female who creates a cup-shaped nest woven with plant stems and internally padded with feathers.
It nests preferably in open or semi-open environments, such as the margins of broad-leaved and mixed forests, meadows with hedges, arable land and orchards; it shows a strong bond with man, often reproducing itself also in the parks and gardens of towns and cities.
The female lays five to six blue eggs during the month of May, but a second hatching is also possible.
The hatching lasts two weeks and for another two weeks both the male and the female feed the young.

Ecological role –
The Common redstart is a bird that usually settles for a long time, during the day, in a detected position: on poles, suspended cables, roofs, where the male continuously emits its characteristic song, with the aim of “marking” the territory occupied by the couple.
From an ecological point of view this bird feeds in the open countryside and in the undergrowth. Its diet is based on invertebrates that live in the soil (insects, beetles, snails, worms and spiders). During the autumn until spring it also consumes many berries and small fruits.
It feeds on a very suitable technique adapted to the dense vegetation and open spaces found both in the undergrowth and in the gardens: it is crouched on a low branch from where it observes the nearby environment and when it detects a prey it flies down and grabs and then crouches again.
From the point of view of the health of this species, at the moment, according to IUCN, it is not threatened but suffers, like all of them, from the transformation of forest habitats.