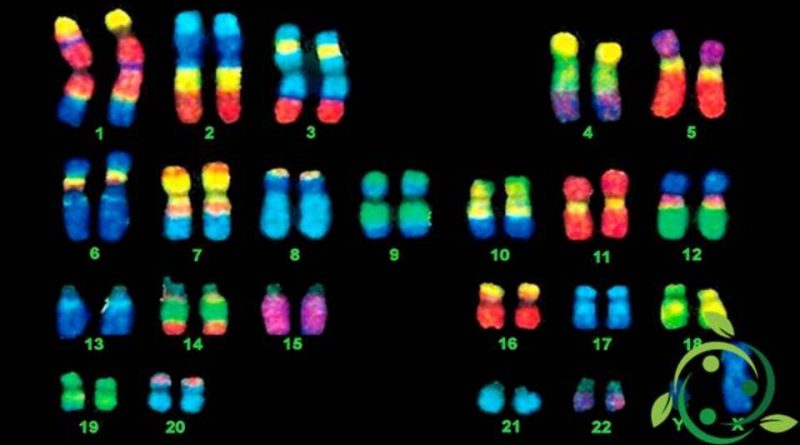 By genome we mean the genetic information contained in a series of chromosones of a given species (nuclear genome). There is also a cytoplasmic genome (mitochondrial and plastidial).
In general, however, in genetics and molecular biology, the genome is the haploid totality of chromosomes contained in a cell.
The genome is generally made up of DNA while in viruses and acellular organisms, it is made up of RNA in several cases.
The term genome was coined in 1920 by Hans Karl Albert Winkler (23 April 1877 – 22 November 1945), professor of botany in Hamburg,

and it comes from the Greek verb γίγνομαι, that is to become, or from the fusion of the words gene and chromosome, as suggested today by the Oxford English Dictionary.
The genome includes a coding part, i.e. the genes, and a non-coding part, whose functions are, still today, the object of study and study.
Furthermore, it is specified how the study of the overall properties of genomes is called genomics, distinct from genetics, which investigates the properties of individual genes.