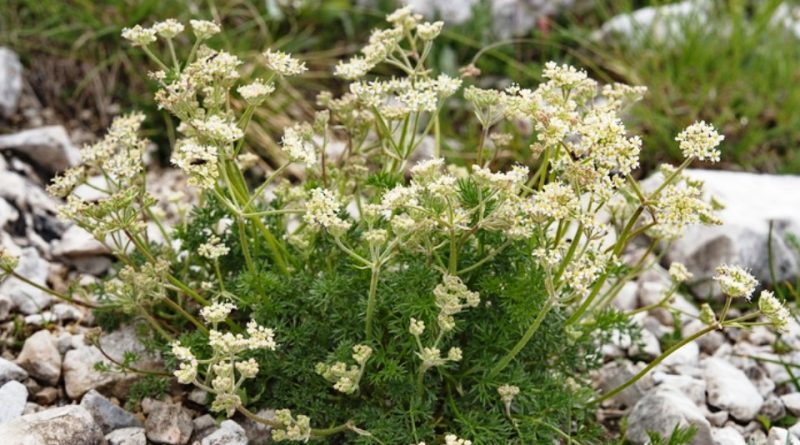 The common Atamanta (Athamanta cretensis L.) is a herbaceous species belonging to the Apiaceae family.

Systematic –
From a systematic point of view it belongs to the Eukaryota Domain, the Plantae Kingdom, the Magnoliophyta Division, the Magnoliopsida Class, the Apiales Order, the Apiaceae Family and therefore to the Genus Athamanta and the Species A. cretesi.
The terms are synonymous:
– Athamanta vestina A. Kern .;
– Athamanta cretensis var. vestina (A. Kern.) Bég .;
– Libanotis hirsuta Lam ..

Etymology –
The term Athamanta was attributed in honor of the Greek mythological character Ἀθάμας Athámas Atamante, son of Aeolus and king of Thebes or, according to Paul Fournier, of the slopes of Mount Athamas in Thessaly.
The specific Cretan epithet comes from the ancient Greek Κρήτη Krētē Crete: from the island of Crete, Cretan.

Geographical Distribution and Habitat –
The common Atamanta is a plant native to the whole of Europe (chains of southern Europe, from the Iberian Peninsula, the Alps, the Balkans and possibly the Caucasus or Anatolia) and, in Italy, it is present throughout the Alps and on the Pavese Apennines , where it is very rare. The regional distribution extends to all the mountainous areas of Friuli with limestone substrates.
Its habitat is that of stony pastures on calcareous or dolomitic substrata, cliffs, scree, from the upper mountain range to the alpine one, with optimum in the subalpine belt up to heights of 2300 m. 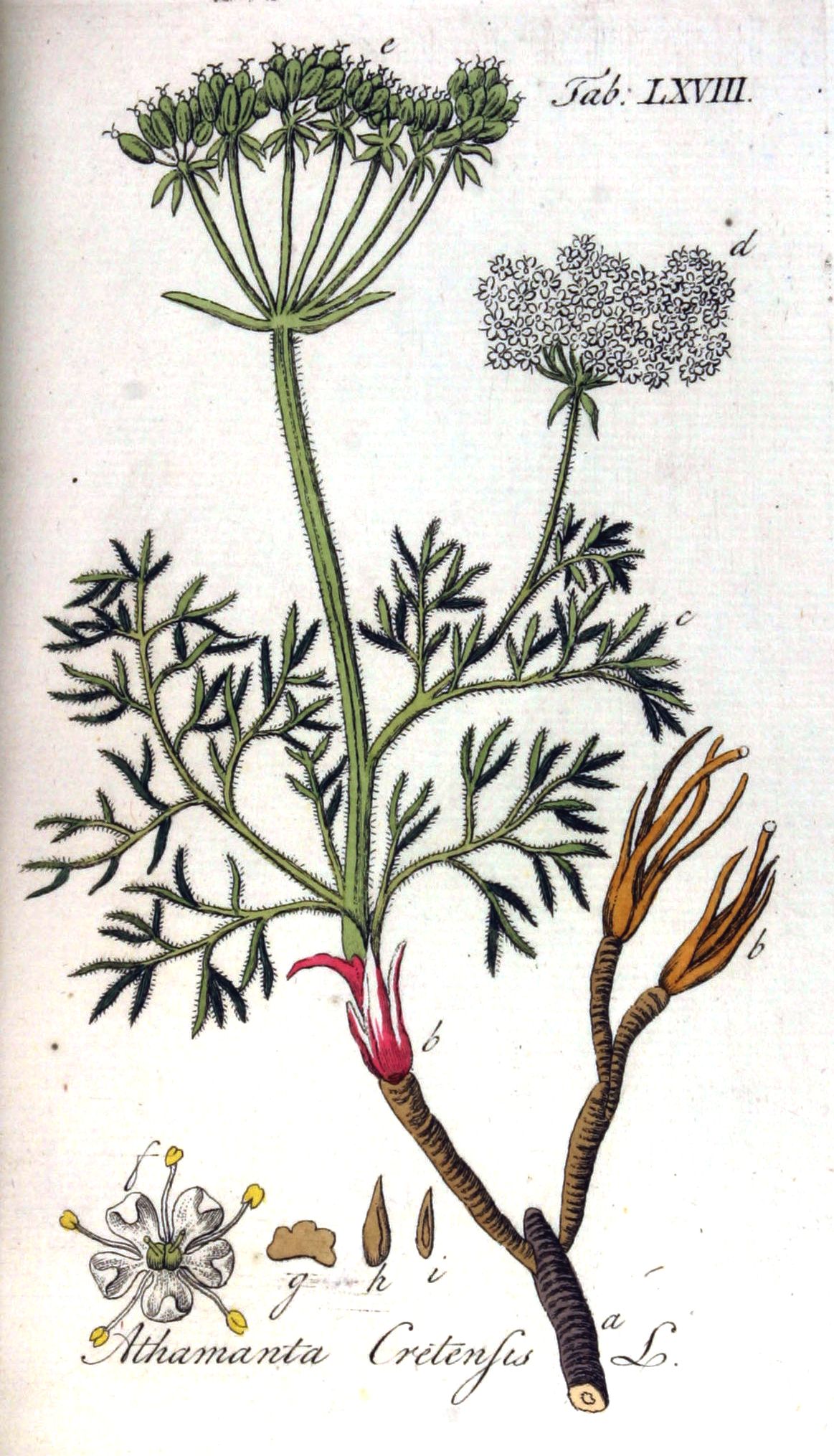 Description –
Athamanta cretensis is a hairy-shaggy herbaceous plant with basal leaf residues, greyish-velvety, with erect-ascending stem 10-40 cm high, simple or with 1-3 branches, hairy, often curled, long up to hair at 1 mm.
The leaves are gray-green, the radicals 3-4 pinnate with a triangular outline, divided into lacinias from little to densely hairy-hirsute, with 1-2 cm petiole; the few caulines, similar and rapidly reduced; last segments lar. 1 x 3-6 (7) mm.
The umbels are 5-15 ± equal hairy rays with (1) 2-3 (-5) bracts, sometimes deciduous with a persistent leafy appearance; umbrellas with 4-8 linear-lanceolate bracts with scariose margin, bearing hairy flowers externally; white petals of 1-1.5 mm.
The antesis is between June and August.
The fruits are 5-7 mm oblong-ovoid diachens, sharply attenuated at the top, densely shaggy-pubescent for white silky hair, with filiform ribs; 2 commissural resin channels (vitte) per valley.

Cultivation –
The common Atamanta is mostly a spontaneous species typical of gravelly or rocky places where it grows mainly on calcareous soils.

Uses and Traditions –
The common Atamanta is a plant that, for the most part, was once used for food or pharmaceutical purposes.
In fact, this plant boasts pharmaceutical properties, with particular reference to diuretic ones.
The flowers, leaves and, in any case, all the apical equals of the plant are used for this plant, while in the kitchen it seems that the root can also be used.

Preparation method –
According to some popular habits, both the root and the young leaves are used in the kitchen, even if the news in this sense are somewhat sporadic. It seems, however, that they are edible.
A pleasant liqueur is prepared with the fruits of the plant.