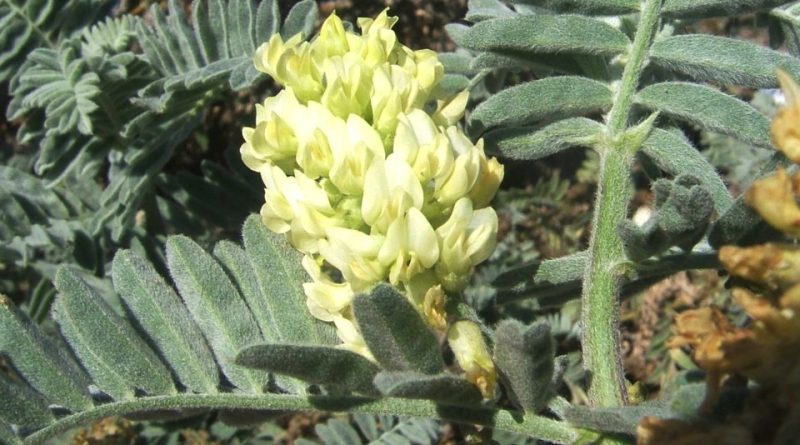 The true Astralago (Astragalus verus Olivier) is a shrubby species belonging to the Fabaceae family.

Systematic –
From a systematic point of view, it belongs to the Eukaryota Domain, Plantae Kingdom, Magnoliophyta Division, Magnoliopsida Class, Fabales Order, Fabaceae Family, Faboideae Subfamily, Galegeae Tribe and therefore to the Genus Astragalus and to the Species A. verus.

Etymology –
The term Astragalus comes from astrágalus, a legume mentioned by Pliny (perhaps from the Greek ἀστράγαλοϛ astrágalos astragalus, wing, heel, vertebra, a bone used by the Greeks and Romans to also obtain game dice to which the angular shape of the seeds is recalled (second A. Gentil and Dave’s Garden) or gnarled roots (according to D. Gledhill and Flowers in Israel), according to A.Neill, the name derives instead from ἀστήρ astér astro, star and from γάλα gála latte, due to the shape and color of the flower and because it was believed that it would increase the milk production of the goats that feed on it, as well as the common English name Milk vetch would seem to confirm.
The specific epithet verus comes from true, genuine, correct, original.

Geographical Distribution and Habitat –
True astralago is a plant found in western Asia, especially in Turkey and Iran and Iraq.
Its habitat is that of arid, stony areas, characterized by xerophilous vegetation and at hilly and mountainous altitudes.

Description –
Astragalus verus is a small deciduous shrub that develops for a few tens of cm and is thorny.
The leaves are 3–6 cm long, ovate triangular in shape. The roots are cylindrical and yellow-brown in color.
The flowers are axillary, with off-white to pale yellow coloring.
The fruits are sharp legumes of circular section and slightly arched, hairless about 3–4 cm long.
The flowers are pollinated by bees and Lepidoptera. 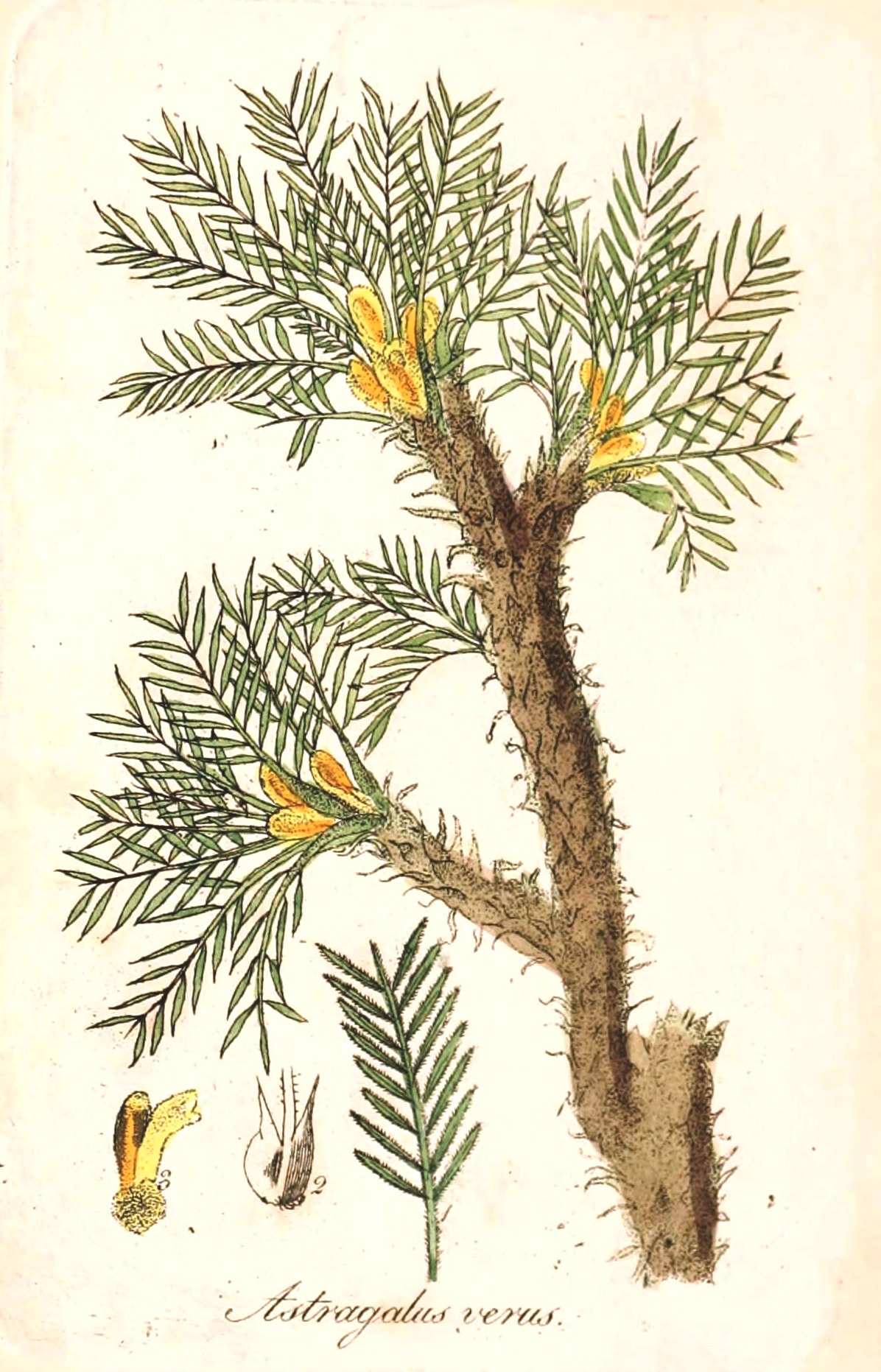 Cultivation –
Astragalus verus is a plant that grows spontaneously on dry and well-drained soils in a sunny position.
It is a plant that can be grown preferably in sandy soils.
The plants are intolerant to transplanting so it is better to plant them immediately in their final positions while they are still small.
This species has a symbiotic relationship with some soil bacteria, these bacteria form nodules on the roots and fix atmospheric nitrogen. Part of this nitrogen is used by the growing plant, but some can also be used by other plants that grow nearby.
In the absence of symbionts, it can be difficult to grow.

Uses and Traditions –
The plant has long been used in traditional folk medicine among the Kurdish peoples of western Iran, Iraq and Turkey and commonly collected in its natural state for local and commercial use.
An exaggerating gum is formed from the exudate following breakages or incisions which can be used for food or pharmaceutical purposes.
It is a plant with antifungal, emollient and demulcent properties.
It has been used as an emollient and demulcent in the treatment of irritation of the mucous membranes.
The aerial parts of the plant are macerated and distilled to create a lotion which, used on various parts of the body, is useful for ringworm infections and other skin problems.
The plant has also proven to be effective in treating candida.
The aqueous extract is a very effective antifungal while the methanol extract is ineffective.
Astragalus verus like many many members of this genus contains toxic glycosides, it can also accumulate toxic levels of selenium if grown in soils relatively rich in this element.

Preparation method –
Astragalus verus is used in folk medicine in the areas where it grows spontaneously for the preparation of macerates and distillates useful for the treatment of skin diseases or infectious states.