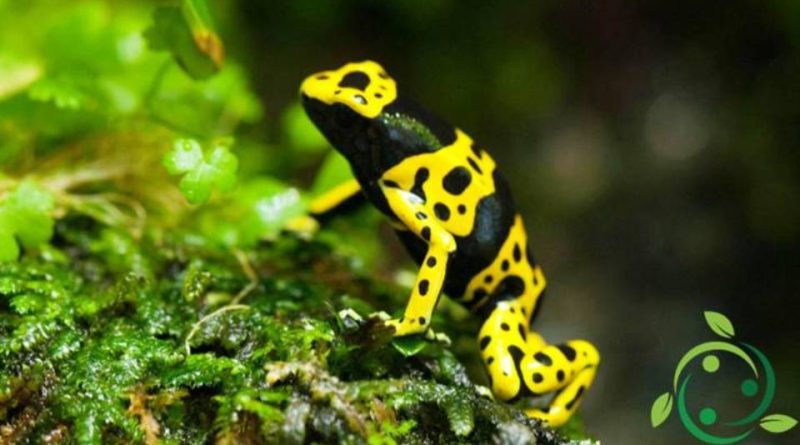 The term Mullerian mimicry, also known as “synaposematic mimicry” means the adoption of the same aposematic coloring by two or more protected species.
Henry Walter Bates (Leicester, February 8, 1825 – London, February 16, 1892), in the course of his research, had noticed that, in addition to chromatic convergence phenomena related to unprotected species towards protected species, there were in nature numerous cases of convergence also between protected species.
Bates did not, however, give too much importance to the phenomenon but it was the German zoologist Fritz Müller (Erfurt, 31 March 1821 – Blumenau, 21 May 1897), a few years later, who re-examined the problem and provided an adaptive interpretation.
Mullerian mimicry takes its name from the latter.
Múller assumed that animal organisms must learn to recognize which prey is unattractive through a more or less long series of negative experiences; this means that, in all cases, the unrepeatable species must, however, “sacrifice” a certain number of individuals at the expense of which the predator makes his experiences. If there are several unrepeatable species in the same environment, different from each other, and a common predator, it is clear that the latter will be forced to learn to recognize them separately: that is, he will have to do two distinct series of negative experiences, sacrificing a certain number of individuals in both species.
If, on the other hand, the unrepeatable species resemble each other, so much so that they cannot be distinguished, the predator will have to learn to recognize only one. In practice, the predator, who came into contact with any of the two inappetable species, will in any case receive a message whose response will lead him to ignore all the morphs similar to the “tasted” one, even if belonging to different species. This means that the overall number of individuals to “sacrifice” to each predator will be statistically divided among all the species belonging to the mimetic ring, with a consequent decrease in the predation rate by species; it is also easy to realize that, the more species that participate in the warning association, the less statistical losses will be for each individual species.

In many cases Müllerian mimetic rings may also include Batesian mimes; Mertens’ mimicry is an example of this.
The development of mimetic characteristics, both Batesian and Mullerian, is often accompanied by other changes regarding physiogia, ecology and behavior.
One of the most spectacular examples of Müllerian mimicry is that found in some butterflies of the Heliconid family that live in Central and South America. In particular, the two species Heliconius melpomene and H. erato, both inappetible, live in sympathy over a vast geographical area, are very similar to each other and differ only on the basis of the number of red spots on the ventral side of the hind wings: four in erato and three in melpomene. However, the two species are distinguished by the different and strong odor they emanate and probably the recognition among the members of the same species occurs precisely on the basis of these different chemical signals. It is interesting to note that these two species, despite being divided into a large number of geographical varieties, resemble each other in the whole geographical area in which they coexist.
In Mullerian mimicry, unlike cryptic mimicry, the subject is clearly visible and its colors communicate and warn the enemies of their own danger.
Examples include the bright orange frog from Madagascar, the Dendrobates leucomelas (yellow and black frog, photo on the left), bees and wasps, the sapphire dendrobate, the coral snake, etc.
With few signs to recognize, a predator quickly learns to avoid these dangerous animals so colorful, and thanks to the association made by the repellent color-feeling predator, the preys enjoy greater protection.