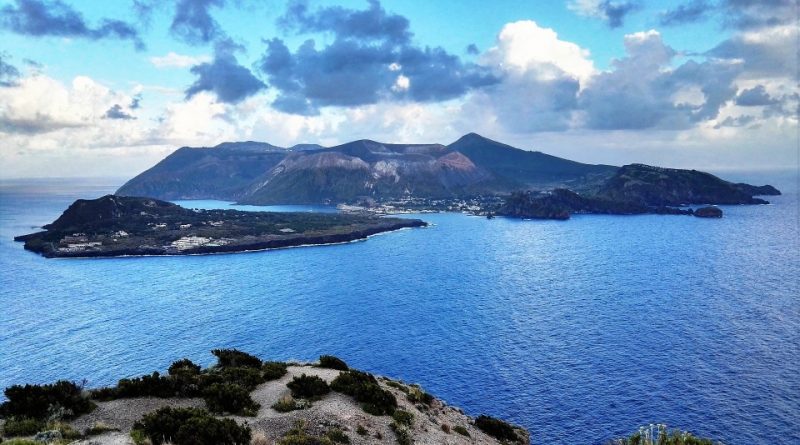 Proposal of Agroecological Park of Sicily

Sicily represents today, not only in the Mediterranean and therefore at the junction between the European and African continents, but also worldwide one of the planetary territories to which the greatest attention must be paid for the protection of biodiversity and, therefore, of the systems related agroecological.
Sicily represents at European level a unique example of biodiversity as it is the Italian region that preserves particularly high biological diversity and that the same studies of the Higher Institute for Environmental Protection and Research define “hotspots of Mediterranean biodiversity” and for this reason monitor Sicilian biodiversity with the Regional Observatory for Biodiversity in Sicily, promoted within the Italian National Strategy for Biodiversity as an implementation of the commitment undertaken by Italy with the ratification of the Convention on Biological Diversity of 1994.
Agroeocology today represents the only way that can ensure long-lasting food, social and justice conditions for the entire planet.
An evaluation increasingly supported and debated by FAO, aware of how humanity must take steps to reverse that model of excessive exploitation of natural resources that has compromised the delicate balance that nature has built over millennia in favor of the biodiversity of species and ecosystems.

European agricultural policy has already set itself the goal “Stop the decline of biodiversity”, sanctioned by the European Council of Gothenburg and the Council of the European Union, as a target for 2020, and also by the implementation plan of the International Convention on Biological Diversity .
If we add to this the clear and clear indications outlined by Agenda 2030, especially with the objectives:
1 – Defeat Poverty;
2 – Defeat Hunger;
3 – Health and Wellness;
11 – Sustainable Cities and Communities;
12 – Responsible Consumption and Production;
13 – Fight and Climate Change;
15 – Life on Earth.
It can be understood that out of 17 objectives, in fact all related to each other, 7 enter directly into the question and others are highly correlated with them.
The work done so far has seen for some tens of years, however, great attention to the protection of biodiversity such as the Natura 2000 Network, composed of sites of community interest (SIC) and special protection areas (SPAs) for the protection and the conservation of habitats and species, animals and plants, identified as priorities by the Member States of the European Union.

A network that has seen the establishment of 238 special protection areas to which are added the other Protected Natural Areas, including Nature Reserves, Parks, Wetlands, Marine Protected Areas and other Areas with particular provisions for the protection of natural habitats.
A job that must now find a new connection and a completion of the System which, starting from the principle of Bioregionalism, connects the protection of Habitats with the agro-ecological system and the agri-food model.
A model that, orienting itself within a system of Circular Economy, interrupts the disastrous flow to lose of the Linear Economy which, as never before, is showing all its conceptual, scientific, social, ecological and energy limits.
At this point a Superior Process must be implemented which leads to the creation of an Agroecological Park of Sicily which includes the entire territory, including the smaller islands and which includes particular Circular Economy policies of the three major metropolitan areas of Palermo, Catania and Messina .
An Agroecological Park of Sicily that creates a perfect connection between the protection of Habitats, the recovery of natural but also agricultural and livestock biodiversity, the creation of areas of particular typicality where, inside, all the Quality Products such as those will also take a new shape with Protected Designation of Origin (PDO), with Controlled Designation of Origin (DOC), with Controlled and Guaranteed Designation of Origin (DOCG) with PGI, Indication of Protected Origin (PGI), up to the Traditional Specialties Guaranteed (TSG) and that finally, they lead to an improvement and completion of the list of Traditional Agri-Food Products.

In the background, obviously, a further launching pad for the so-called BIO Products which, from this protection model, would receive an incredible boost.
Sicily, like practically all Italian Regions, can no longer ignore such a vision and the creation of an Agroecological Park in Sicily needs a new legislative system that not only integrates what has been done so far but creates the conditions of protection and safeguard of the Sicilian natural heritage, the health of its citizens, also through the prohibition of the use of poisons and synthetic products, both in the agricultural field and in the Sicilian state property. A legislative system that promotes agroecological conversion, an efficient control system and is a guideline for future Rural Development Programs (RDP) and for the Common Agricultural Policy in Europe.
A legislative system in line with all preventive measures for the protection of biodiversity which, through the Precautionary Principle, cited in article 191 of the Treaty on the Functioning of the European Union (EU), recovers a regulatory and political vacuum left by the now falling a model of capitalist liberalism destined, we hope, to be placed in the archives of historical books and, certainly not, of things to be proud of.

A legislative system that will have to be integrated and completed by rules for the Protection of Desertification, a process all too present in Sicily, and for the conversion of agriculture towards forms that provide for a Plan for reducing plastic in agriculture.
The Agroecological Park of Sicily must be that objective, through which, the whole regional policy, without distinction of color and origin, can be reconstructed that only path that allows us to pass from the past to the future by means of a present in to which we must all row on the same side.