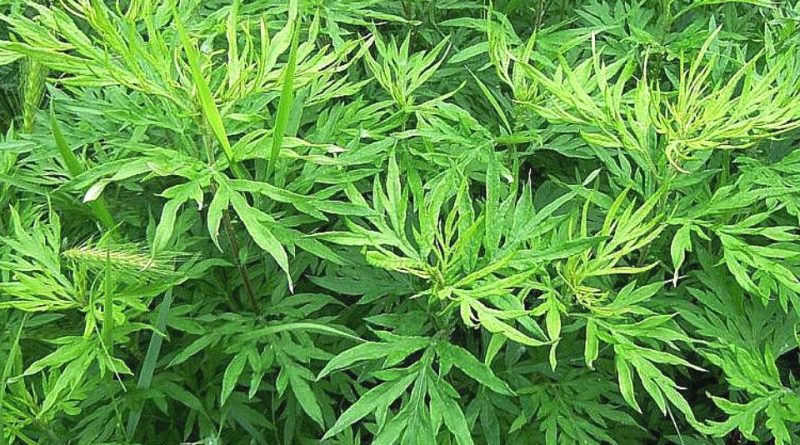 The Chinese mugwort (Artemisia verlotiorum Lamotte) is a herbaceous species belonging to the Asteraceae family.

Etymology –
The term Artemisia comes from Ἄρτεμις Artemis Artemide, Greek name of the goddess Diana, a genus already mentioned in Pliny; according to some authors, Artemisia II of Caria (Αρτεμισία Artemisía? -350 BC), sister and wife of Mausolus, would have given this plant its name.
The specific epithet verlotiorum as dedicated to the Verlot brothers: Jean Baptiste (1816-1891) and Pierre Bernard Lazare (1836-1897), botanists from Grenoble.

Geographical Distribution and Habitat –
Artemisia verlotiorum is a naturalized exotic plant, originally from the Far East, but now widespread in almost all of Europe.
It is a species of recent introduction and widespread also in Italy in all regions (it has not yet been found only in Puglia).
Its habitat is that of fresh soils rich in nitrogen compounds in disturbed sites such as road margins, landfills, abandoned fields, but also riparian woods, riverbeds and streams, etc., from 0 to 600 m above sea level, where it grows mainly in full sun. 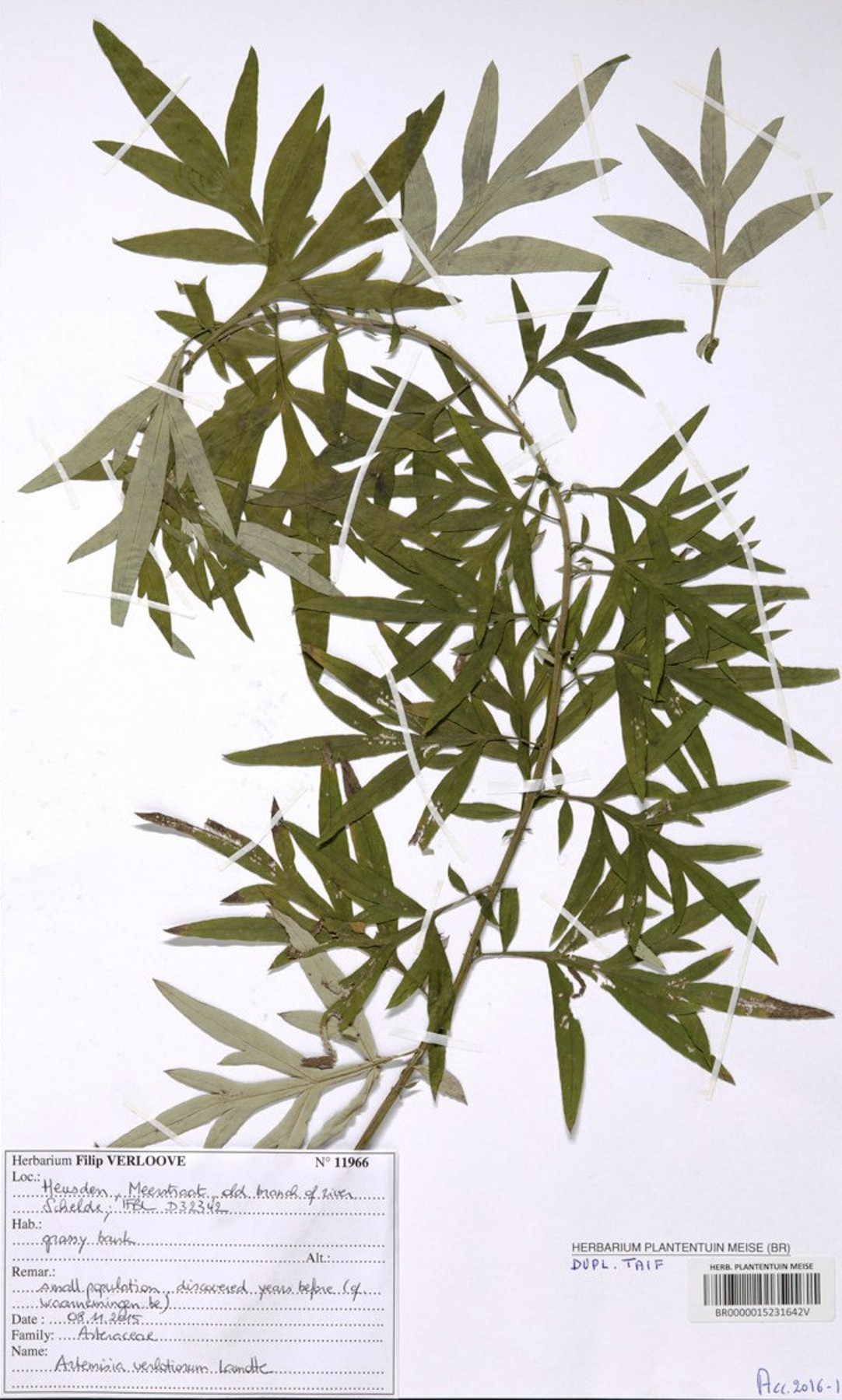 Description –
The Chinese mugwort is a perennial, aromatic herbaceous plant, with creeping, rhizomatous root or with horizontal stolons about 1 m long.
The plant develops from 40 up to 150 (200) cm and has an erect stem, very branched and streaked with red.
The leaves are 1 – 2 pinnate seven, of an intense green color and glabrescent in the upper page, tomentose and glandular in the lower one; the upper ones are divided into lanceolate lacinias, elongated and whole ± equal to each other and with an entire margin, of 5-10 (-13) x 3-8 cm; the lower leaves have a short, semi-embracing petiole with 3 – 5 pairs of lanceolate or lanceolate-linear lacinias.
The inflorescence is formed by pyramidal panicles, dense with flower heads, called calatids (simulate a single flower), tomentosis, tendentially arranged unilaterally, in groups of 1 – 2-3, ± spherical or ovoid, subsessile Ø ± of 3 mm, with ramifications and presence of axillary leaflets.
The individual flowers are tubular, with a long and filamentous corolla of 2 – 3 mm and reddish in color. The sparsely hairy envelope and with bracts of 2 orders, both elongated ovals, glabrescent and with scarce margin.
The antesis is between September and November.
The fruits are oblong-obovate achenes without pappus, brown in color, 0.5 – 0.8 mm.

Cultivation –
Artemisia verlotiorum in spite of its large presence, shows a low fertility of its achenes, on the other hand the dense network of stolons, which develops underground even for several meters, ensures an effective multiplication by vegetative way.
Its multiplication is in fact for stolons and, moreover, it rarely blooms.
It is a highly invasive plant, capable of inhibiting the growth of local herbaceous plants. To eradicate it, it would be necessary to eradicate the entire epigean part, taking care not to break the stolons that would limit its cleaning by reproducing itself. For this reason, in many Italian regions it is included in the Black List of weeds.

Uses and Traditions –
This plant was found by the botanist Martial Lamotte (1820-1883) in 1873 near Clermont-Ferrand and described it as a new species in 1876, dedicating it to the brothers Jean Baptiste (1816-1891) and Bernard (1836-1897) Verlot , who had found it in the same year in the surroundings of Grenoble, determining it, however, with some doubts, as Artemisia umbrosa Turcz.
This plant can be confused with A. vulgaris L. which however has a different flowering period (July – October), the flowers are yellow, and does not have a rhizomatous root system, the upper leaves are toothed-pinnate, with the white underside page -tomentosa. It is also only slightly aromatic.
The Chinese mugwort, like the other congeners, contains the toxic thujone.
The tops and roots are used because they contain active ingredients such as: essential oil, camphor, borneol, vulgarol, carbides, flavonides, lactones, inulin and moderate amounts of thujone.
Like A. vulgaris, in folk medicine, it was used as an eupeptic, antispasmodic, for digestive atony and as a bitter-tonic.
The plant is mentioned in history by Dioscorides, Pliny and Hippocrates because it is recognized as able to influence the sphere of female health, for its curative effects on menstrual imbalances and therefore able to rebalance and improve the receptive capacity of the woman.
In popular belief, a bouquet of Artemisia taken on St. John’s day was considered to be an amulet against the evil eye. It was also used to make pillows on which you slept, giving the ability to predict the future or important spiritual insights.
It is used as an insecticide by associating it with the pyrethrum.

Preparation method –
The Chinese mugwort can find similar use to that of other species of the genus Artemisia.