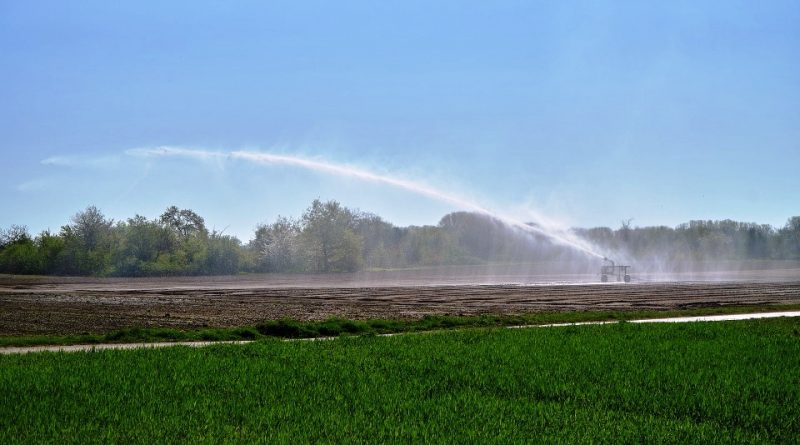 Use of brackish water in agriculture

The use of water in agriculture has always been the main source to increase production yields and, in certain cases, the only prerequisite for obtaining certain productions.
In recent decades, the increase in irrigation needs, linked to various factors, such as the choice of higher income productions, as well as increased yields, has pushed farmers to an ever greater search for sources of water supply.
However, the use of water in agricultural production is not always planned with criteria and often we do not rely on specialized technicians to plan this important resource with criteria.
In particular, it is the waters with high salt charges that have to worry farmers on the one hand and the whole community on the other for the effects of even the short term that these can have on both production yields and soil fertility.
But let’s go step by step.
Often, without performing a simple chemical-physical analysis, among other things of the cost of only a few tens of euros, a crop is started irrigation without considering the effects that the waters can have on plants, on the soil and, over time , also on production yields.
The waters are not all the same as the responses of the individual plant species and the different types of soil are different.
It is above all brackish waters that can cause serious problems for production and soils. In addition, in general, the concept of brackish water is very generic, as the presence of individual salts and the relationship between these within the water must be assessed in general.

Brackish waters and agricultural crops –
Generally, the species are divided into four classes: tolerant, moderately tolerant, moderately sensitive and sensitive.
The tolerant species include beet, cotton, barley. Sorghum and wheat are generally included among the average tolerant. The third (moderately sensitive) class is more numerous with soy, rice, corn and various other horticultural and fodder species. Fortunately, the last (sensitive) class includes relatively few species among which we can mention the bean, lettuce, citrus fruits, peach.
Some plants are then particularly affected by the concentration of some salts, even in moderately brackish waters, such as citrus fruits, which already at low concentrations of sodium in the soil, or in irrigation waters, encounter chlorosis phenomena induced by the competition effect. that sodium causes in the absorption of some macro or micro elements (the best known is ferric chlorosis); indeed some chloroses diagnosed as deficiencies of these elements are frequently determined by the inability of the plant to absorb them due to the excessive presence of this element in the circulating solution. Obviously the reasons for chlorosis can be much more disparate and, even here, an analysis of the soil and water removes any possible misunderstanding.

Brackish waters and soil –
However, the most dangerous effects of brackish waters are on the soil.
Soil deterioration is undoubtedly the best known negative effect of irrigation practice, and occurs directly on agricultural soils. The water lost by evapotranspiration is in fact essentially pure, so the salts added with the irrigation water, even if sweet, are concentrated in the soil. By using good quality water, however, significant quantities of salts are added to the soil; if these are not removed by leaching in the drainage waters, and irrigation continues over time, the progressive accumulation will make osmotic disturbance and the toxic effect of some ions towards the crops progressively more serious until the soil is hysterilised.
The problems of secondary salinization are naturally accentuated when hard waters are used, or in the presence of a superficial saline water, in soils with hydraulic conductivity and drainage problems, in arid and semi-arid regions where the high evapotranspiration flow is associated with the reduced rainfall. Soil degradation is extremely rapid and irreversible when water with a high sodium content is used or if irrigation is practiced on constitutionally sodium soils. The rapid structural deterioration that occurs in these cases, particularly in colloidal soils, can make agriculture itself impractical.
The effects of accumulation of the salinity of the soil can lead in the long run to phenomena of soil deconstruction, loss of cohesion, fertility and, in the long run, to the actual phenomenon of desertification.
This management error was historically committed by various peoples, as 4000 years ago by the Sumerians with the birth of agriculture in the Mesopotamia basin between the Tigris and the Euphrates, and is still repeated in almost all irrigation areas. The salinized areas increase at a rate of about 2 million hectares per year, and salinization is believed to be the second cause, after erosion, of the irreversible loss of the soil resource.
The use of irrigation water should therefore not be practiced very lightly, as the soil is a non-renewable or, at least, non-renewable resource in the short or medium term, which can therefore lead to cultivation failures, within a few years and loss of permanent soil fertility, at least on human time scales.
In this sense, to better understand how to behave in the use of water for irrigation, please refer to the following page, where the method for interpreting an analysis is indicated, which is, I repeat, a mandatory criterion before starting the irrigation of an agricultural crop.